One of the brothers was just admitted to the hospital. 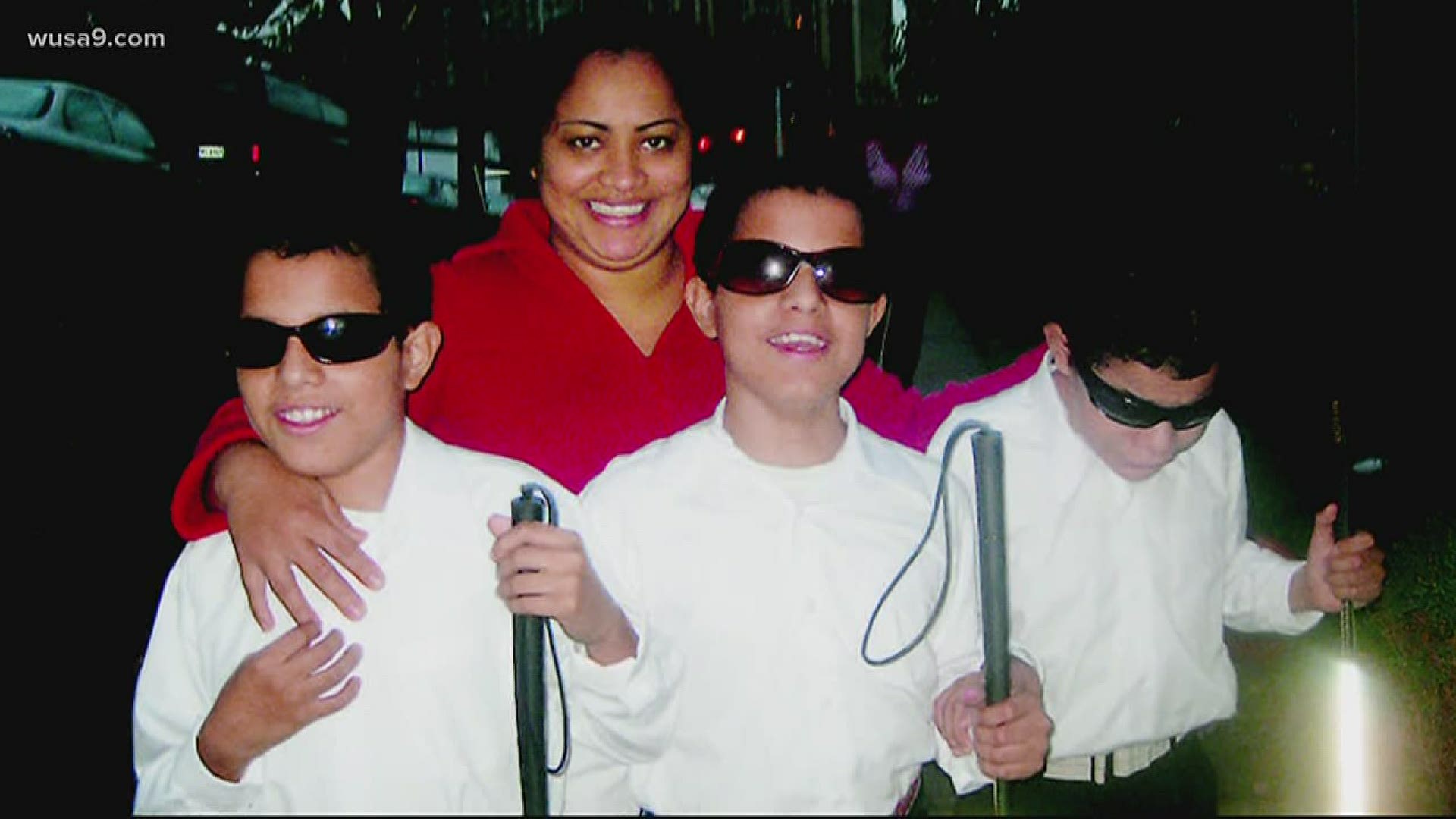 ARLINGTON, Va. — The blind Virginia triplets who defied the odds and made history when they became Eagle Scouts in 2017 are facing another challenge. All three young men have now been diagnosed with COVID-19 and their father is praying they continue to beat the odds.

“Every time they say dad, that's just the best,” said Ollie Cantos, “I just get emotional thinking about that because they're mine.”

Cantos became a dad a decade ago when he first met and fell in love with the triplets: Nick, Steven and Leo. Like the brothers, Cantos was born blind.  A lawyer with the Department of Education, he started mentoring the boys when they were just 10 years old. He stood by their side as they went from being bullied to brave Eagle Scouts.

Now he is praying the same determination will get them through this latest challenge.

“To be honest, I'm optimistic, but I'm still scared,” he said, "Until the day that Leo walks out of that hospital and has a high oxygen level, I'm going to be just worried sick, because it's just a father's instinct.”

All three young men, now 20, are in different stages of the coronavirus. Steven and Nick are their house. Leo was admitted to the hospital two days ago.

“Someone somewhere, tracked the virus in and made them all sick, and they never left the house. So, it's just important to understand that everybody has a role to play,” Cantos said. "We feel that the Lord will support us through, and we literally feel the prayers of hundreds and hundreds of people from across literally the world.”

Although he can’t be by Leo’s bedside, Cantos keeps close with constant call monitoring, holding vigil and communicating with the young man – though he is not currently speaking.

“We have a tapping system, one for yes, two for no,” Cantos explained. "He wakes up in the middle of the night and tries to call out and even when it's not loud, I wake up and say ‘Yes, and I'm here. I'm not leaving your side.'”

Despite the diagnosis, the young men are in good spirits, including Leo, who – even in his hospital bed – is showing the same strength and courage that has helped him defy the odds.

“He feels that literally not being afraid of this virus and literally laughing at it and saying, ‘You know what, I'm gonna beat you. Whatever you try to do to me, you may seem to have an upper hand at the moment, but that's just temporary because we're going to make this work and I'm going to win,” said Cantos with a smile.

RELATED: Governor Hogan will release a roadmap for reopening Maryland