Sarah Lillard says there is a therapy that can potentially cure her crippling auto immune disease, but her insurance carrier, Aetna, is denying her coverage. 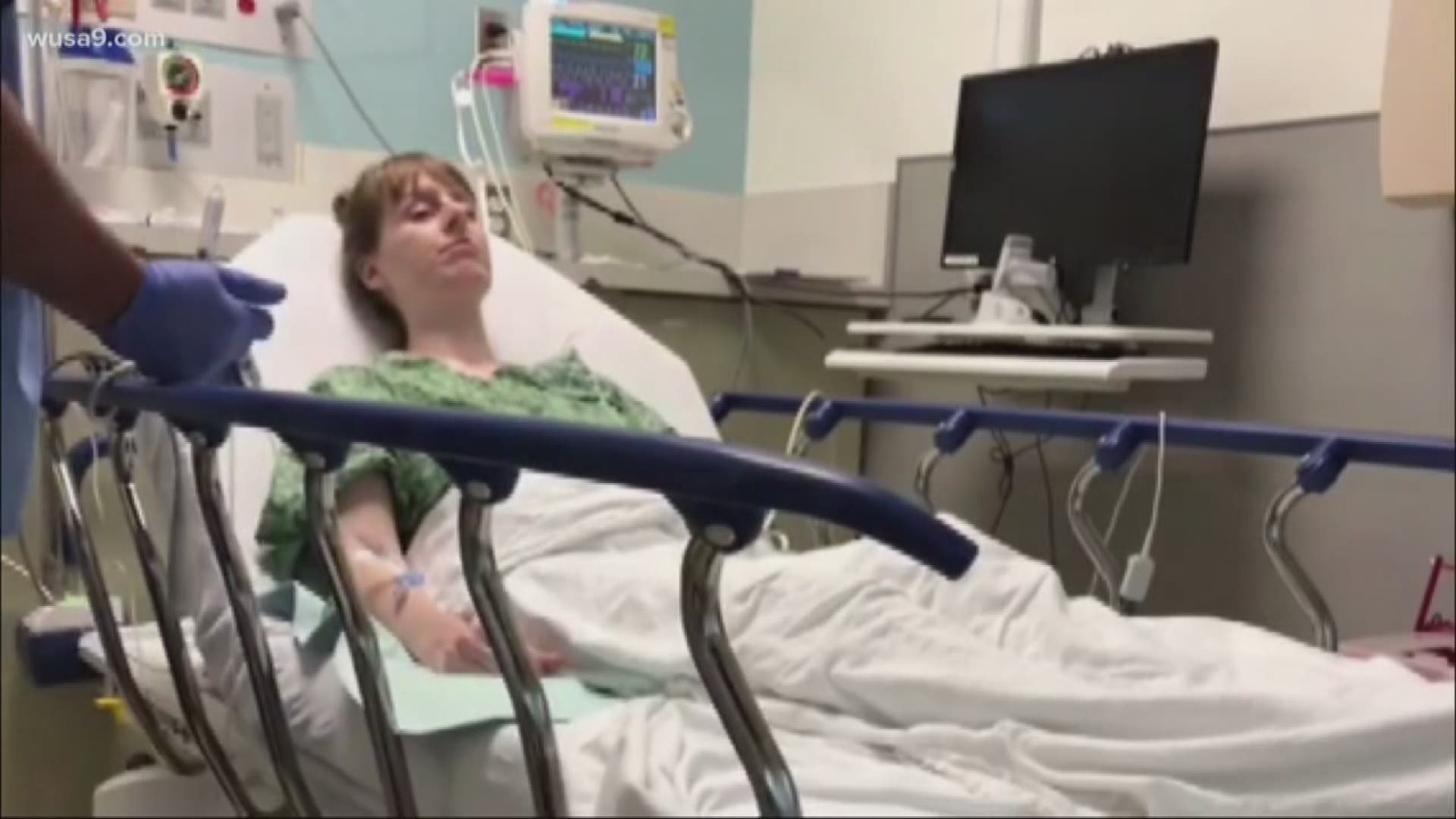 When Bram Lillard saw his wife in the struggle of her life, he made a video, got the support of their Virginia Congressman, and started a petition that now has over 13,000 signatures.

"I would wake up feeling like I was hit by a truck," Sarah Lillard said.

For two years, Lillard has battled a rare auto immune disorder. It's so crippling that without special treatment, she is unable to walk, speak, or take care of her four children.

"It was a death sentence. I felt like I was losing my life," she explained.

After seeing seven different doctors, about six months ago, she discovered IVIG. IVIG is a blood product made from thousands of donors.

Some research shows its been highly effective, but it's expensive. The therapy costs $6,000 a treatment, about $12,000 a month out of pocket. The family says their insurance company, Aetna, does not cover IVIG.

Credit: Submitted
Lillard is battling a rare auto immune disorder. It's so crippling that without special treatment, she is unable to walk or speak.

Last month, Virginia Congressman Gerry Connolly wrote to Aetna, asking them to reverse their denial. Connolly cited that he did not believe the treatment was experimental and that other major insurance companies like Cigna, have covered the treatment. The congressman says there have been countless studies that shows it works.

"I wouldn't be able to have this conversation if I weren't on this therapy, it's working for me," Lillard said.

So far, the family has spent their entire life savings, about $60,000 on treatments and their money is running out.

The Lillards say they are willing to go into debt to continue treatments.

While Aetna said they can't specifically comment on Lillard's case, they say they deny or approve coverage based on scientific data in order to put member safety first. Here's also how Aetna determines what is covered and denied.