Children's National Hospital will hold blood drives on Tuesdays and Thursdays at its new outpatient center in Lanham, Md. through Oct. 22. 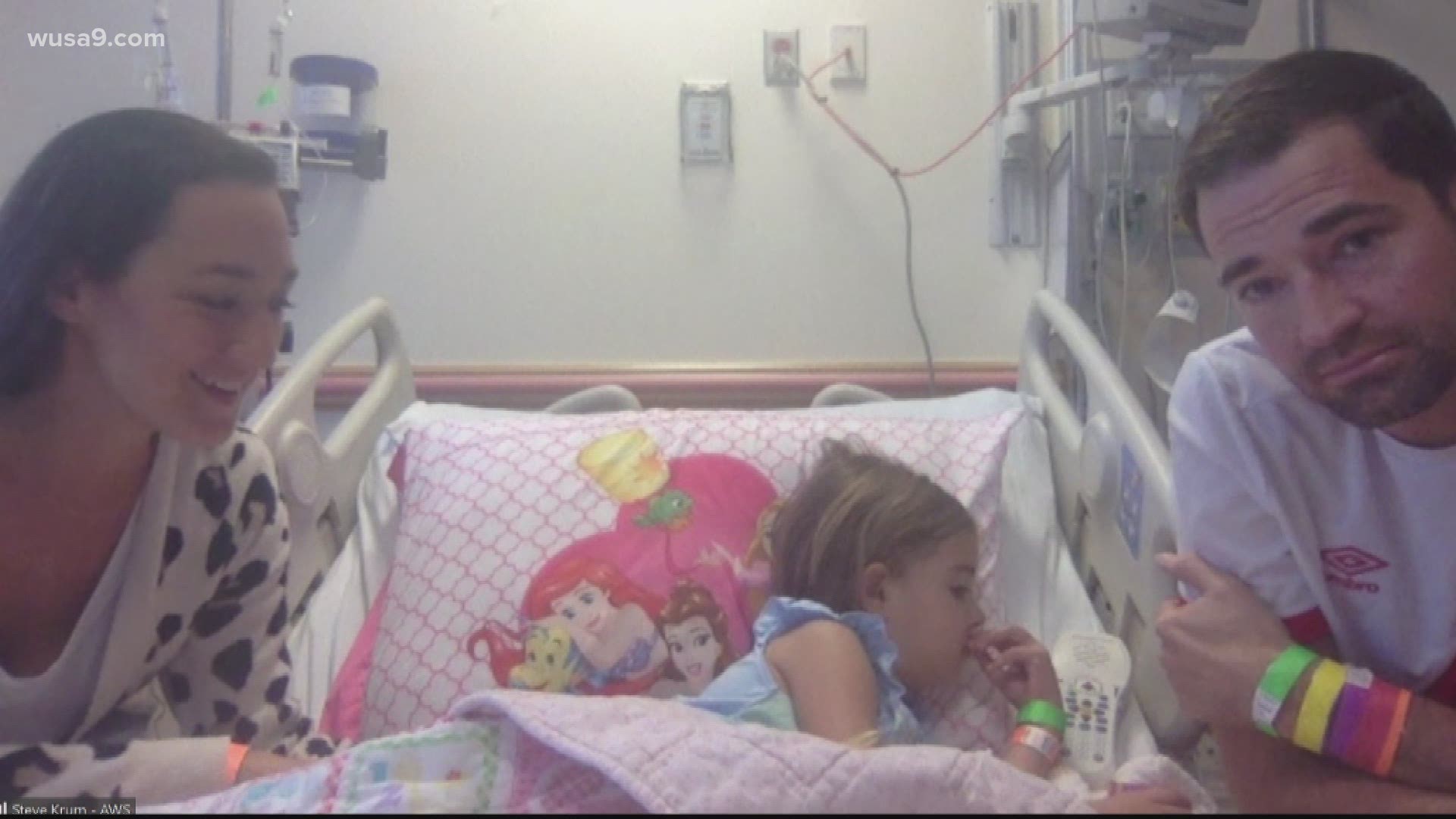 WASHINGTON — The family of a little girl battling a rare form of blood cancer at Children’s National Hospital is raising awareness about the critical need for blood and platelet donations.

Since the coronavirus pandemic started, many organizations that collect blood have experienced a shortage of donations because of canceled blood drives. Over the summer, the American Red Cross reported having a less than five-day blood supply on hand which is typically rare.

According to Steven and Daniela Krum, whose four-year-old daughter Isabel was recently diagnosed with Burkitt Lymphoma, a disease that attacks white blood cells, blood donors are needed at Children’s National Hospital too.

Isabel has spent the last three weeks in the hospital following her diagnosis, which has been really difficult for her parents.

“When she struggles, we struggle,” Mrs. Krum said. “You don’t want to watch your kid go through any of this but we’re grateful there’s so many people behind us.”

Isabel’s dad told WUSA9 that she has a PICC line to receive chemotherapy, but due to the high risk of infection, doctors need to replace it with a port that goes under the skin in her chest. He said she did not have enough platelets to get the procedure a week ago and neither did the blood banks.

This meant she would have to wait, which led to a plea for family members on social media. The Krums hope there’s enough platelet supply in the coming weeks for Isabel to get the port.

“It’s going to take an army to get through this,” said Mr. Krum, as he and his wife leaned over Isabel’s hospital bed.

“In six months, we look forward to her being her normal self,” said Mr. Krum, who explained how long her treatment will be. “Maybe she’ll have less hair, less weight, but all those things she’ll recover from and come out on the other side, stronger, wiser and a tough kid."

One pint of blood can be used for four to five children, according to Children’s National Hospital.

Children’s National Hospital is holding a blood drive through Oct. 22 at its new outpatient center, located at 2900 North Campus Way in Lanham, Md.

You can make an appointment here for the drives that will be held between 8:30 a.m. and 3:30 p.m. on the remaining days:

You can also donate blood at Children’s National in Northwest. For more information, click here.