Gov. Larry Hogan positions himself as moderate on the national stage at second inauguration

"Let's repudiate the debilitating politics, practiced elsewhere including just down the road in Washington, where insults substitute for debate," Hogan said. 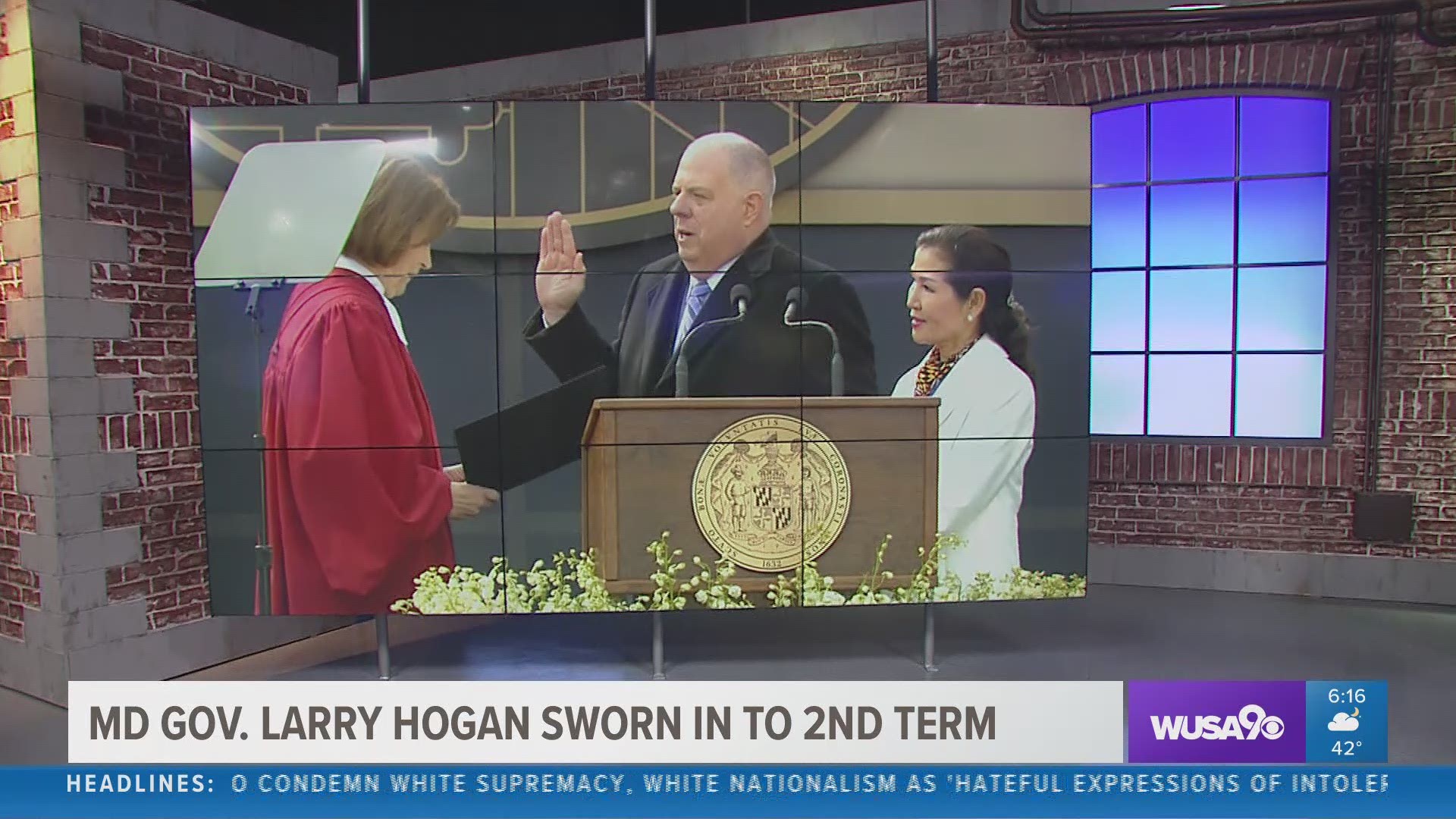 "Let's repudiate the debilitating politics, practiced elsewhere including just down the road in Washington, where insults substitute for debate," Hogan said. "Recriminations for negotiations and gridlock for compromise — where the heat, finger pointing, and rancor suffocate the light," Hogan said to several hundred people gathered outside of the state house. "And the only result is divisiveness and dysfunction, where getting something done for the people no longer seems to be the priority."

Hogan was introduced by former Florida Governor Jeb Bush, a signal to a national political audience that Hogan is aiming to appeal to a broad audience of conservative Democrats and moderate Republicans outside Maryland who are disillusioned with President Donald Trump.

"People on both sides of the aisle refuse to give up even a little to get a lot done. And neither side wants to make progress. They just want to make demands, and win arguments. That is not governing.  That is just political theater," Hogan said."  And most of us are just sick and tired of all that drama."

According to CBS News, Hogan spoke last month to a conference of Anti-Trump Republican moderates, an event which fueled speculation that he was considering presidential aspirations.

Even so, Hogan has been frequently charged as being a RINO (Republican in Name Only) by more conservative critics in Maryland.

"I comes down to who you talk to," said Bryan Sears of the Daily Record, the most senior political correspondent working in Maryland's State House. "Folks in Maryland and across the country who are strident supporters of the President are probably going to see him as too liberal."

Sears noted Hogan angered Second Amendment supporters by signing a ban on rapid-fire enhancements to semi-automatic rifles such as "bump stocks" and the implementation of Extreme Risk Protective Orders that allow the seizure of weapons from citizens who courts believe may be a threat.

As he begins his second term, Hogan is serving as the Chair of the National Republican Governors Association.