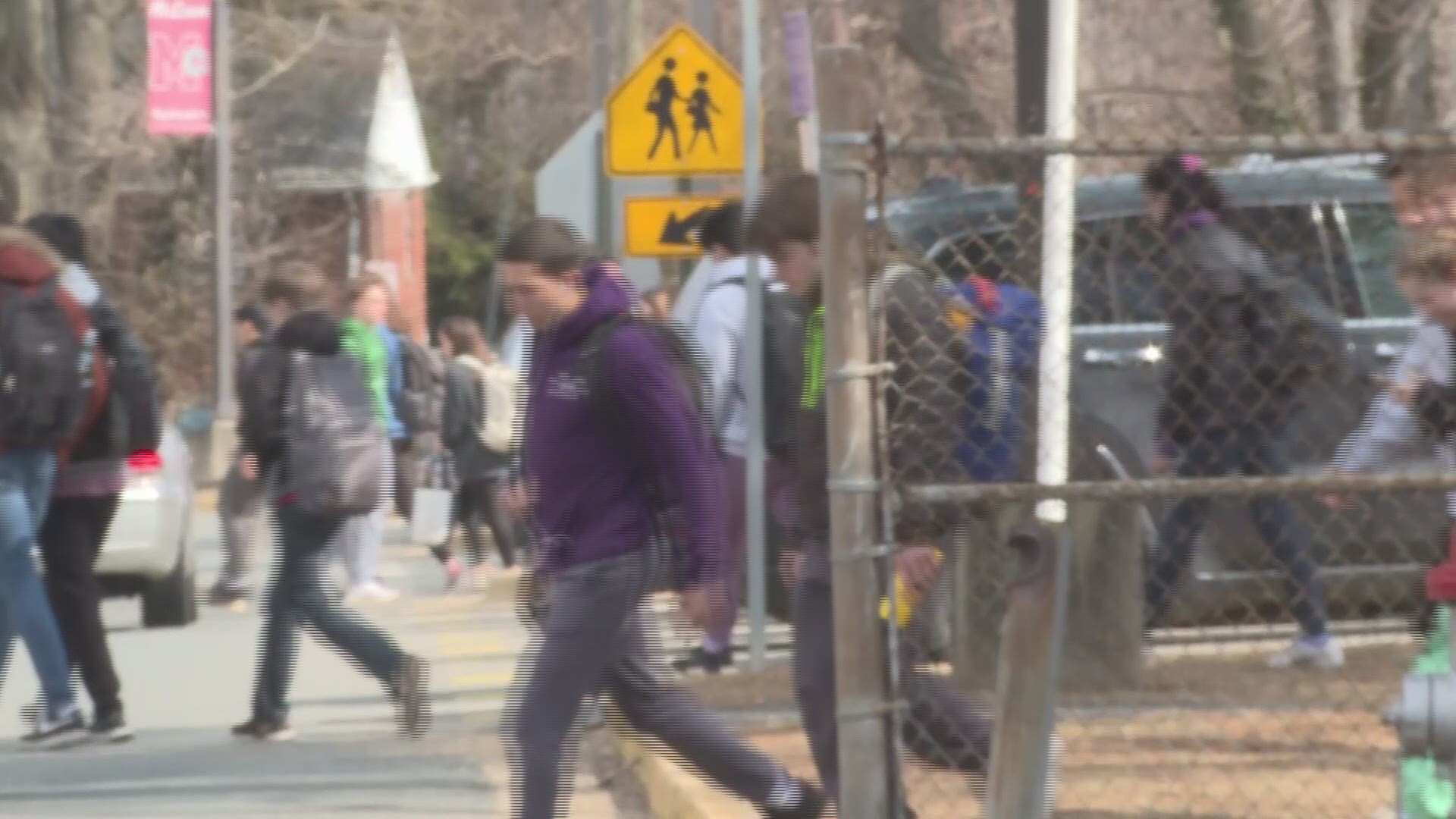 But the fourth most crowded school, McLean High School, at 114 percent capacity, has no plan to reduce crowding and "add capacity." The total population is 2,252 students, exceeding its maximum capacity of 1,993 by 259 students.

"There are definitely times of the day where I'll be in a complete standstill for two minutes at a time," said McLean freshman, Atticus Gore.

School hallways and buses at jam-packed and some teachers don't even have their own rooms. They're assigned "floater rooms," pushing their stuff around in carts, according to The Highlander, McLean's student magazine.

Sometimes the hallways are so crowded "you have to move vertically to get through," Gore said.

Like the other crowded schools, McLean has lots of trailer classrooms, putting student out in the elements during the school day.

"They're difficult because you can't go the bathroom because it takes too long. And there have been times when I've been stuck in the rain waiting to get in to school because there is congestion trying to get in to the school," said Gore.

Gore, his father and other parents have started a group called McSpaces, McLean High School Students, Parents, and Community Expect Sensible school size. They say with all the development going at nearby Tyson's, overcrowding should've been expected with a plan in place. They are pushing school officials to build an addition at McLean High School.

"Everybody has been looking at the big shiny buildings that they're putting up in Tysons, and we weren't watching the dingy trailers they've been bringing into McLean," said Vance Gore, Atticus' father.

There's a plan to put a temporary modular building on a practice ball field. It'll have 14 classrooms and combined with the 14 trailers, that's more than 800 students waking outside to get to class.

"This is terrifying proposition. Because other than the massive overcrowding, there's safety concerns as well. To have the kids separated more than a football field from the entrance of the main building, which is in the safety envelope, is not something any of us are accepting of," said Brittany Oates, a parent of children who will later be going to McLean.

The first solution to overcrowding may lie a few miles away. Langley High School, which just underwent a renovation, is now FCPS's most under-capacity high school. School board member Janie Strauss is advocating a boundary change to move currently situated future McLean students to Langley.

They're also talking about "taking unused lockers out of hallways to provide more room in hallways. There's stuff we need to do right now," said Strauss. But she said the board won't support any capital building project at McLean until a boundary change is tried.

"This first solution is a boundary change because we have already renovated and expanded Langley High School," said Strauss. But parents don't believe a boundary change will solve the problem and they worry it would involve the entire county and take too long.

Peggy Fox has a student at McLean High School.