The chamber voted 36-3 Thursday, sending the measure sponsored by GOP Sen. Siobhan Dunnavant to Gov. Ralph Northam. If signed as is, it would take effect July 1. 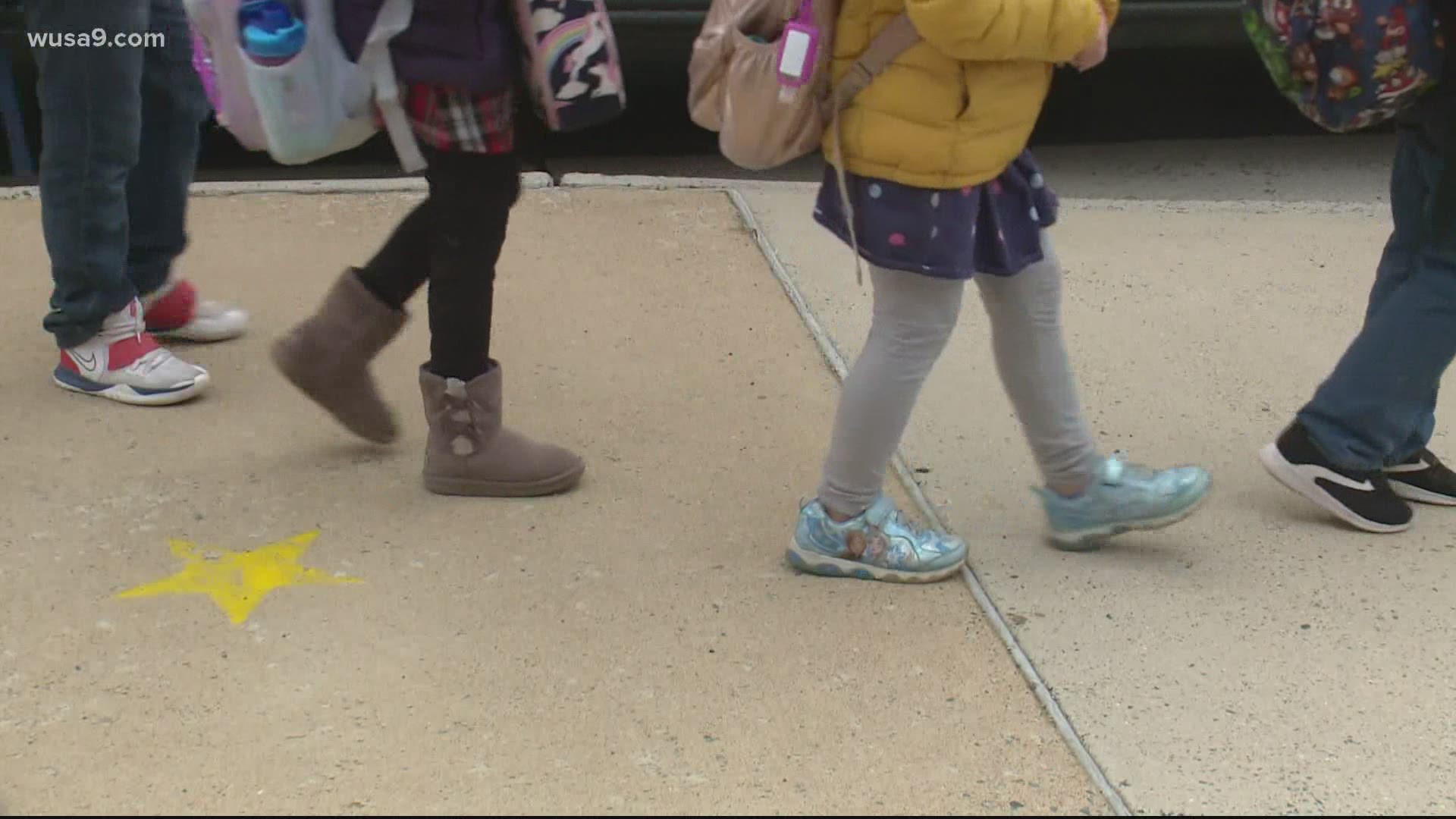 RICHMOND, Va. — The Virginia Senate gave final approval Thursday to legislation that would require schools to provide full-time, in-person instruction as the coronavirus pandemic drags on.

The chamber voted 36-3, sending the measure sponsored by GOP Sen. Siobhan Dunnavant to Gov. Ralph Northam. If signed as is, it would take effect July 1.

Dunnavant said that effective date was the bill's only flaw. She said she hoped Northam would consider amending the measure so that it would take effect immediately, given substantial bipartisan support it won in both chambers. The House passed it a day earlier on a vote of 88-9.

“Our children needed to be in school last fall. We have spent an enormous amount of time discussing the science and the evidence that support that," said Dunnavant, who is an OB-GYN.

The bill would require districts to offer a full-time, in-person option for students, with limited exceptions. If a school has high levels of coronavirus transmission, it could temporarily revert to virtual learning.

The bill also says school districts “may” provide fully remote virtual instruction to any student whose parent requests it, as long as the governor's declaration of a state of emergency due to the pandemic remains in effect.

The measure also includes a new definition of what counts as in-person learning. Setups that some districts have turned to involving a nonteacher monitor proctoring online learning in a classroom would not meet the standard.

“For the first time, the Assembly is stating what a year ago would have been common sense - that children are entitled to ‘five days a week’ of in-person instruction to fulfill their rights under the Virginia Constitution. And, yes, in-person instruction means the teacher is physically present for instruction,” Democratic Sen. Chap Petersen, who worked with Dunnavant on the issue, said in a statement after the vote.

The bill also says teachers and school staff will be offered access to an approved vaccine.

Northam's administration was involved in the negotiations and his spokeswoman has said he will review it when it reaches his desk.

Virginia currently has a patchwork approach to schooling, with some public and private schools offering in-person learning but others offering virtual school only. Schools have increasingly been moving toward offering more in-person learning, but many are doing so in hybrid formats that don’t offer parents a five-days-a-week option.

The bill has advanced over the objection of representatives for school boards and school superintendents, who argued that decisions about whether in-person instruction is safe are best made at the local level.