The results are in and parents you should be very proud because our students are doing better. 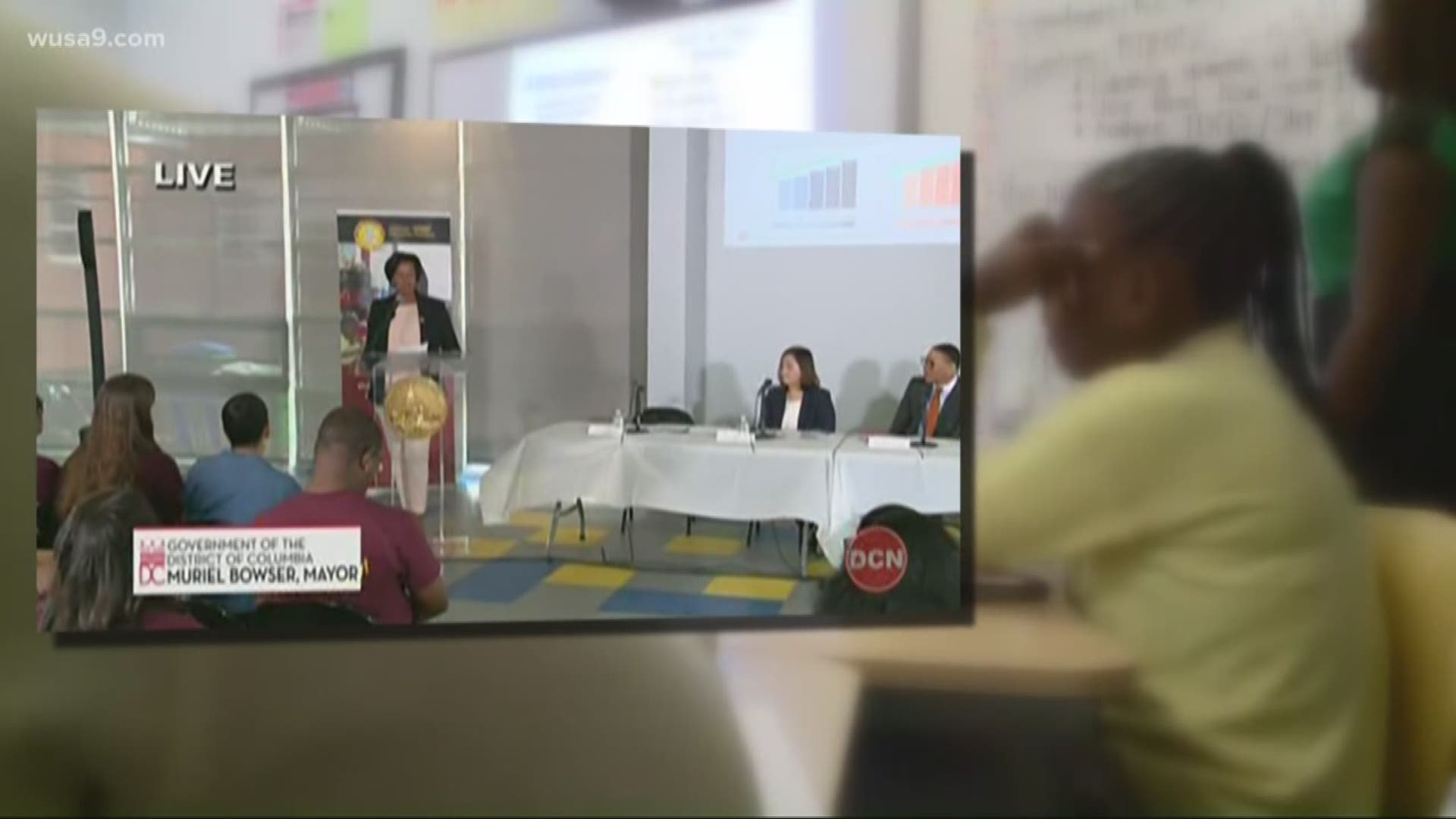 WASHINGTON — The results from an annual standardized test were released Monday, and they were sure to make some parents in D.C. smile. The data showed that students in the district saw moderate improvements in both Math and English, despite the fact that massive racial disparities remain a major problem.

The results for the Partnership for Assessment of Readiness for College and Careers (PARCC) test were announced by Mayor Muriel Bowser in a press conference on Monday. The latest improvements are part of a four year trend, in which the percentage of "college-ready" students has spiked by 12.3 percent in ELA, and 8.4 percent in Math.

"We’re proud of our students and educators for continuing to achieve at higher levels," she said. "But with these results in hand, we’re also moving forward with a renewed sense of urgency to ensure all students are making gains at a pace that will set them up for success both inside and outside the classroom."

The test, which has been administered every Spring since 2015, gives students a grade in between one and five, for both math and English. Grades of four or five are deemed "college ready." In the latest round of testing, the number college-ready students jumped by 3.8 percent in English, and 1.1 percent in Math. The vast majority of students are still receiving grades of three or below.

Credit: PARCC results
This is a break down of the 2019 PARCC scores by race.

"The achievement gap is still too wide," said Mayor Bowser. "And we can build a fairer and more equitable city."

"I am proud that DCPS saw gains," said D.C. Public Schools Chancellor Lewis D. Ferebee. "Across student backgrounds, including socioeconomic status, race, ward, and gender. These gains are a testament to the incredible work of our educators, and I thank them for their commitment to our students.  As we head into the new school year, I look forward to implementing new and innovative supports for our students so that they have the resources they need to succeed.”