Howard University's president said students are entering a job market that is the worst since the Great Depression. 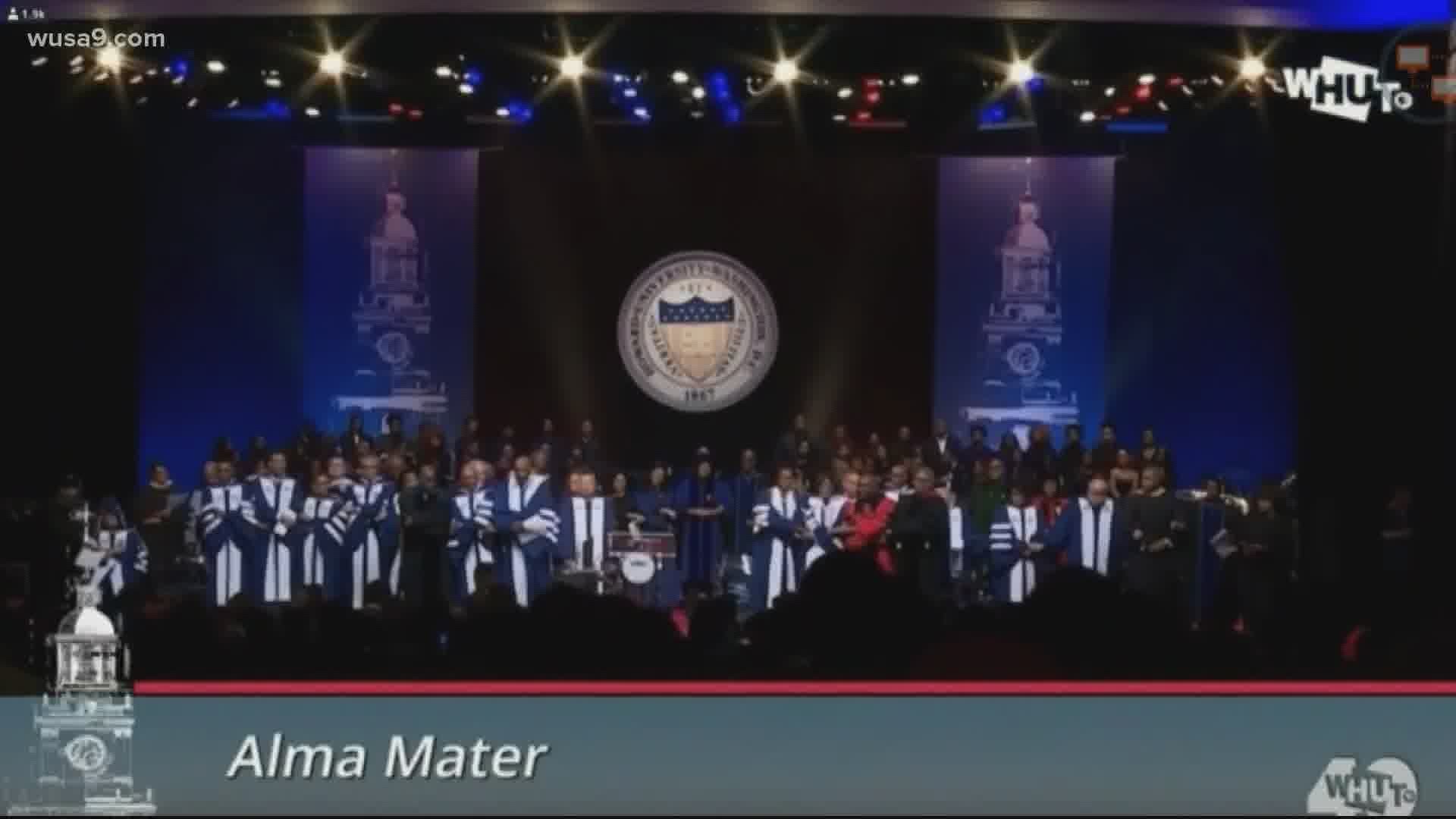 WASHINGTON — American and Howard Universities along with the University of the District of Columbia honored their 2020 graduates pandemic style on Saturday, through virtual ceremonies.

For Lewis, and many other seniors, this wasn’t the commencement ceremony she and her family had been planning for.

"It's really hard just to be in a situation where we can't have a traditional ceremony, and it's kind of hard to make up for that, so I don't think that's anyone's fault," Lewis said.

While Lewis was preparing for her Saturday afternoon graduation ceremony, Anna Sumner was celebrating her morning graduation from Howard University.

"I just got out of the big commencement, so I feel like I'm on cloud nine right now," Sumner said. "Even though I wasn’t there in body, I was definitely there in spirit."

Sumner has a different graduation story than most. She graduated high school in 2009, went to Howard, hit the financial cap, went to work in the hospitality business for a few years, and came back to finish her last semester to get her degree.

Credit: WUSA
Sumner said she put herself in the mindset that graduation was going to be just as big of a celebration as she planned, and watched with others on Facebook Live.

"I could imagine instead of being on the bleachers, for once actually being the one in the seats in my cap and gown," she said. "It felt great. It was amazing. It was bittersweet for sure though, and I try not to dwell on the negative aspect, but still just the recognition and the moment of victory. It was awesome."

During Howard's virtual ceremony, the university’s president said social distancing could not overcome social engineering and Howard students are driven by a desire to help.

He did say though that the students would be entering the workforce at an unprecedented time.

"The disruption and dislocation to entire industries and the economy will mean that grit and creativity will be demanded of you to make a way forward," Dr. Wayne Frederick, Howard University's president, said. "Many of you will enter a job market that is the worst since the Great Depression almost a century ago."

Neither Lewis nor Sumner said they have a job yet and things are a little bit up in the air with everything going on.

Credit: WUSA
Lewis watched graduation in her D.C. apartment while her family watched from North Carolina.

Lewis said being able to pay student loans is something on the minds of a lot of graduating students.

"It's a big concern -- it's kind of like hanging over everyone's head, you know?" Lewis said. "For some people who have been seeking out private loans, those payments are gonna start immediately. I know for a lot of people who aren't able to find the jobs that they were hoping to, it's a big, big challenge and a lot of people are having to move back in with their parents when that wasn't their goal."

Lewis and Sumner are both hopeful their job search will continue, and they can still make their goals and dreams a reality.

"It's just gonna take a lot of prayer and rethinking," Sumner said. "Really driving towards the goals that I have in my heart."