"It sucks," one Maryland resident says. 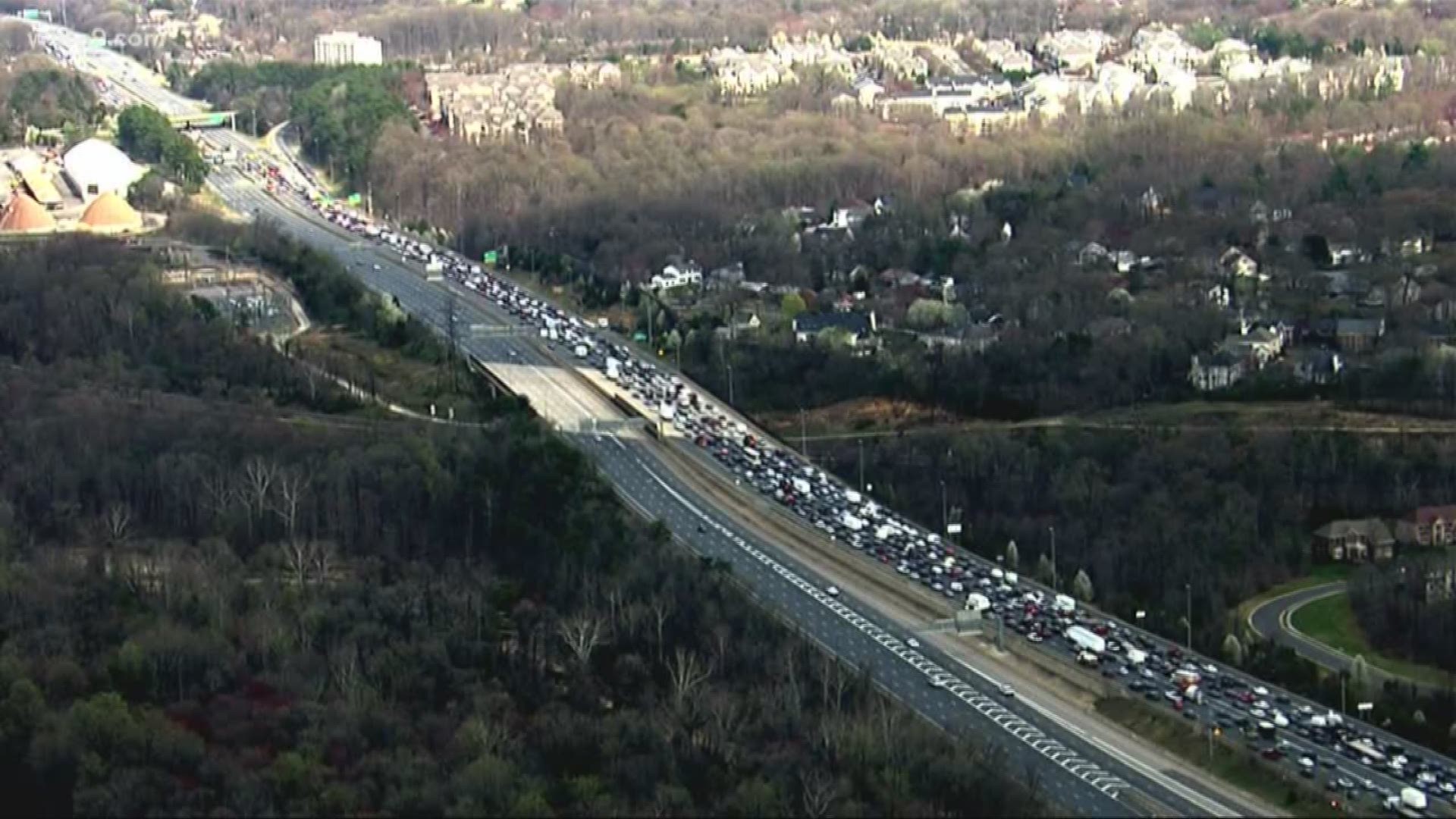 MARYLAND, USA — For many, an overhaul to the Beltway to ease congestion is way overdue. According to Maryland’s Department of Transportation, those improvements haven’t happened in its 30 year existence.

The result: MDOT said local commuters are wasting 87 hours per year in congestion. It’s aiming to reduce those hours by 45 hours or better.

Over the next few months, MDOT will be holding a series of public sessions to share and get feedback on seven proposed plans.

But while reducing congestion has most people on board, the way forward is more contentious.

Drew Magary’s Bethesda house is near the Beltway. He attended Saturday’s public workshop at Pyle Middle School. He said his house doesn’t appear to be among 34 slated to be relocated, but he doesn’t know what to expect in the next five years.

“I don’t’ how it will affect our property, our quality of life," Magary said. "I don’t know if there will be a jackhammer in my lap for five years."

Magary said he’s not convinced any of the plans will reduce congestion.

“If I knew that there were sacrifices to be made for the greater good of the community I would go for it,"  Magary said.

RELATED: Neighbors: Maryland 'not giving us a true picture' of Beltway project's impact on homes

Garson thinks people are too dependent on their cars to opt for public transit.

But Garson said he wants MDOT to add a few other options into the mix, like addressing bottlenecks at exits, and doing away with HOV lanes, which according to Garson, don't work.

“We would actually be able to reduce the congestion on the beltway at no huge cost," Garson said.

Brad German, with Citizens Against Beltway Expansion, said he’s concerned about the public/private partnership behind the toll proposal. German said the public isn’t being fully informed about how much money taxpayers will be expected to pay.

“These projects really depend upon ongoing congestion. And ongoing taxpayer support to succeed financially.That’s not part of the picture that we’re getting.’ Said German.