Student loan debt reached an all-time high in the first quarter of 2019. 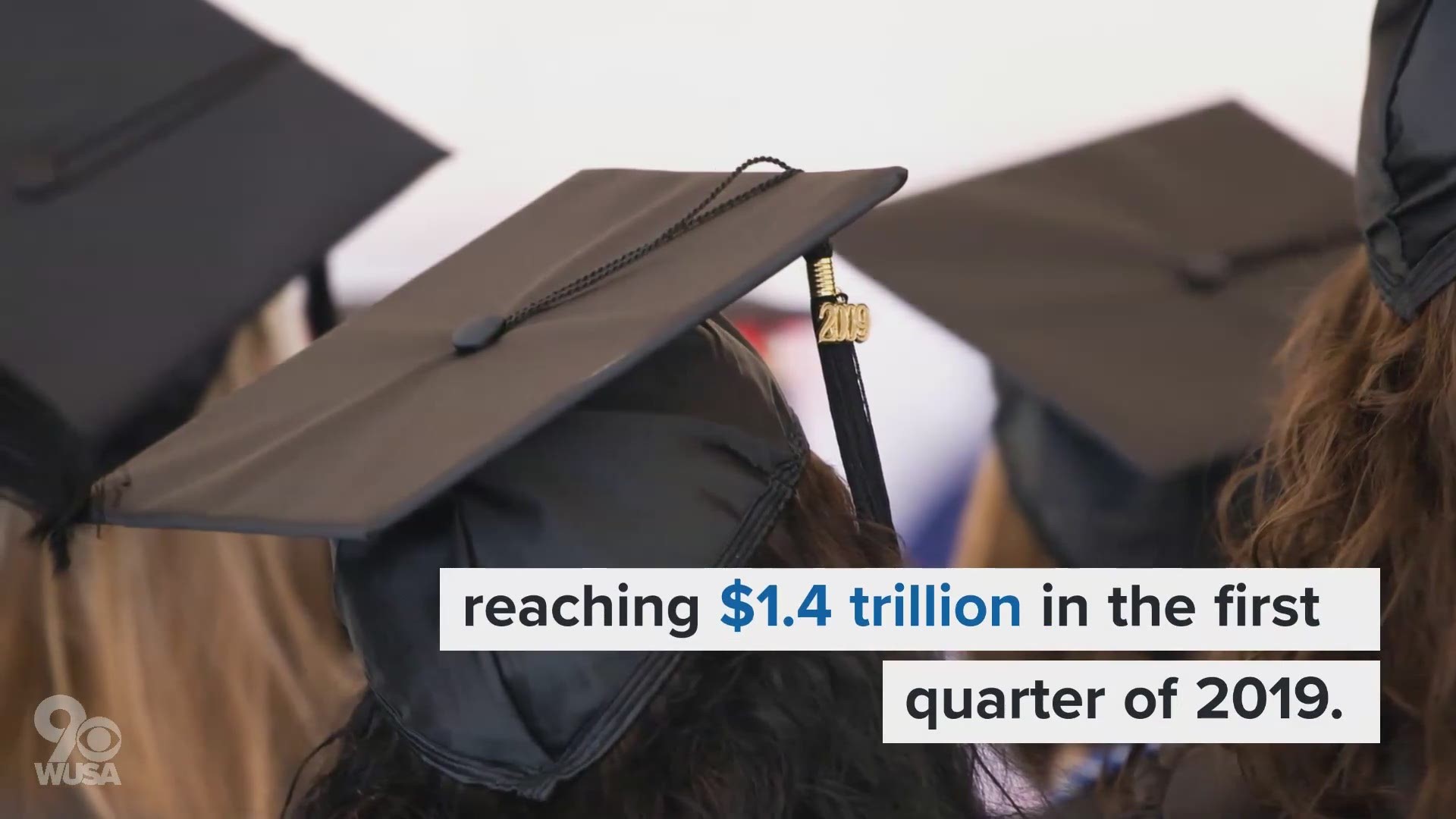 WASHINGTON -- It's no surprise that with college getting more expensive, more students are deep in the hole for 2019.

According to data, student loan debt in the U.S. reached another all-time high of $1.4 trillion in the first quarter of 2019 -- making this the most widespread and significant financial burden to date.

Behind mortgage loans, student loans are the second-largest credit debt for Americans. On average, Americans carry $35,359 in student loan debt -- a 26% increase over the past five years.

RELATED: Could your student loans be forgiven?

Unsurprisingly, many of the states with high averages of student loan debt include universities surrounding metro areas. D.C. clocks in as the sixth largest average student loan debt by metro area, trailing behind areas like Durham, North Carolina and Corvalis, Oregon.

Fortunately, borrowers seem to be on the right track when making their monthly payments. Only 4.76% of all student loans were delinquent in the first quarter of 2019, and the total number of delinquent loans has decreased by 6% in the past three years.