Thursday night's shooting was the third homicide to occur within a 1500-foot radius of the 1300 block of Columbia Road NW this year. 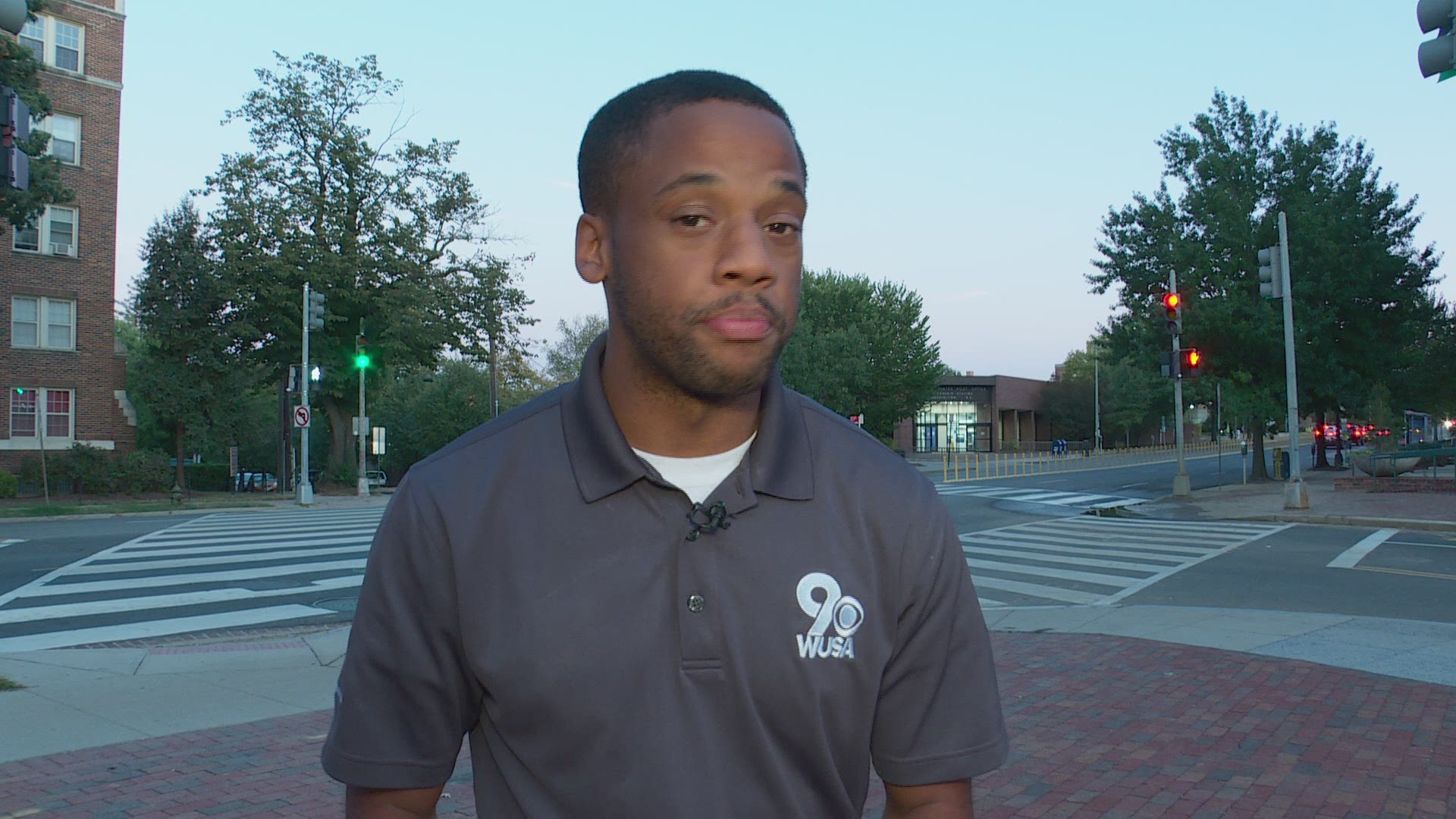 WASHINGTON — Police data shows that violent crime is on the rise in D.C.'s Columbia Heights neighborhood.

The neighborhood, which is located in the heart of Northwest DC, was the location of a shooting Thursday night that left 1 person dead and another 5 people injured.

According to Metropolitan Police Department data, violent crime is up nearly 60% year-to-date within a 1,500-foot radius of Thursday's shooting scene on the 1300 block of Columbia Road.

In fact, a WUSA9 analysis found that nearly every month in 2019 has been more violent than the average for the past three years in that neighborhood.

A few factors appear to be fueling the increase in crime Columbia Heights locals are experiencing.

In May, MPD told the public safety commission of the Columbia Heights Advisory Neighborhood Commission that the abundance of illegal guns in DC has helped contribute to violence on city streets.

Use the map below to see violent crime counts for each block with 1,500-feet of Thursday night's shooting so far this year:

"We have seen in the last few years an increase in the number of shootings that we have had in our city," Newsham said. "We can attribute that to the prevalence of firearms that we have in the city."

An organization named "Collaborative Solutions", which specializes in gang intervention work, had another perspective on the issue.

It claimed the city's decision to close down some of its housing developments had also augmented the uptick in crime witnessed so far in Columbia Heights.

The group said at the committee meeting that the dislocation and subsequent relocation of residents to new neighborhoods around the District sometimes sparked conflicts between people who move to new locations and their new neighbors.