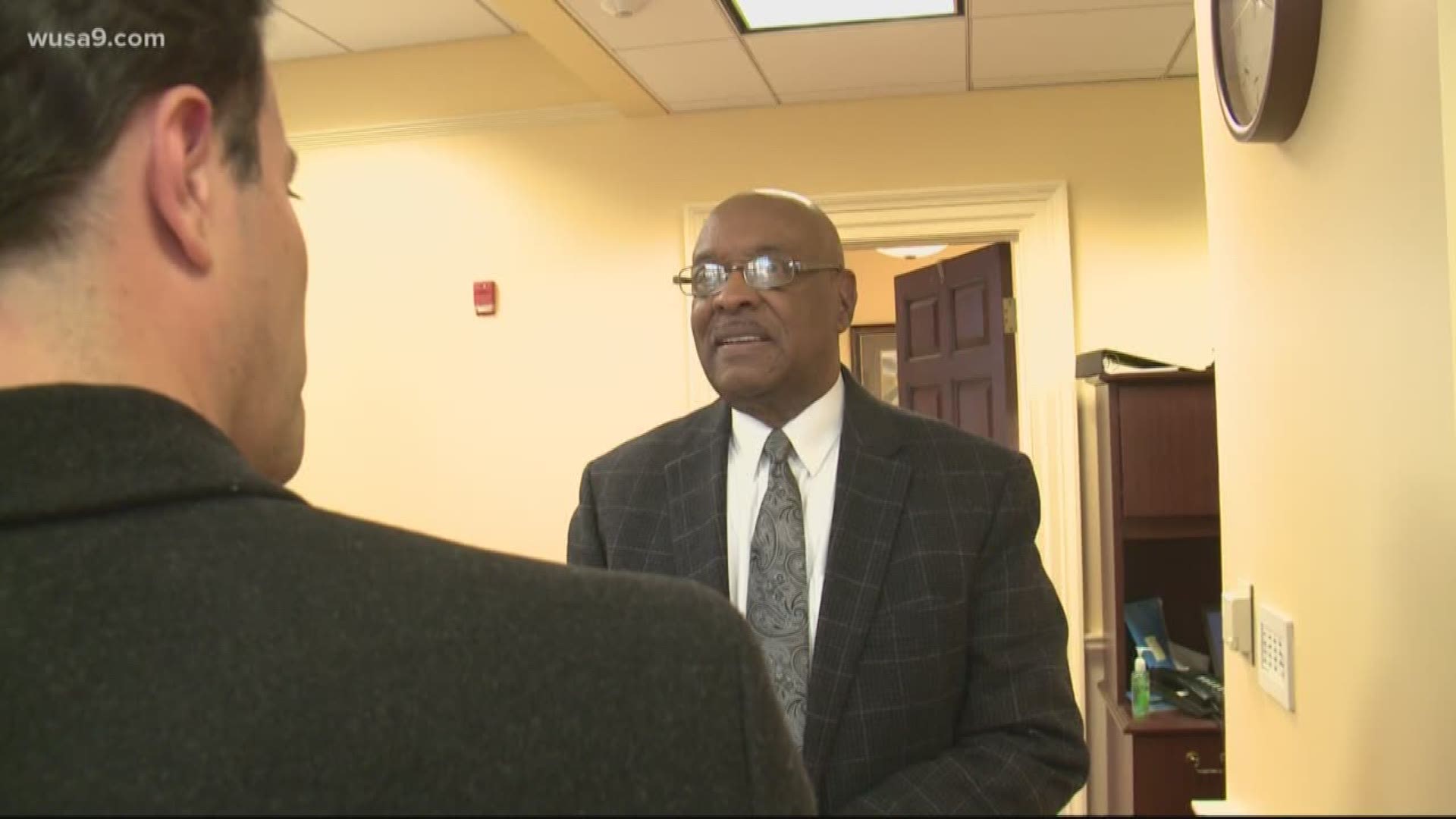 UPPER MARLBORO, Md. — A Prince George's County police officer is charged with second-degree murder after a fatal shooting in Temple Hills, Md. Monday night. The incident was not caught on a body camera, as the accused officer, Cpl. Michael Owen, was not wearing one, according to police.

PGPD said it currently has 80 cameras for around 1,500 officers, and has been talking about testing universal coverage since 2015.

"I have to say, that’s just a long time," said Maryland State Sen. Obie Patterson, D-Prince George’s County. "I think it would have been prudent on our part to speed it up."

Patterson was on the Prince George’s County Council that tried to get body cameras in 2015. He said he's shocked to find out Owen was not wearing a body camera when he was accused of murdering William Green, who was handcuffed inside Owen’s police car.

Nearly every Prince George’s County police patrol car has a dashcam. The department said the are one of the only ones in the area that can say that.

Prince George's County Executive Angela Alsobrooks said the 2019 budget funded the first installation of body cameras within the police department, and that the 2020 budget will fund body cameras for every officer in the department.

Alsobrooks plans to spend $1.2 million to get body cameras for the entire force, and a final contract is expected in 2 to 3 months. The target date for them to reach officers is 2021, six years after talk started for universal coverage.

The most expensive piece is the storage, being able to recall that information,"  said Mark Magaw, Prince Georges County Public Safety Deputy Administrator.

Police departments also have to pay for more staff to handle incoming video for attorneys and the public. PGPD said it currently uses two petabytes to store dash cam video; that’s enough to fill 400 of some of the largest portable hard drives available at most electronics stores.

The challenge is making certain both the dash cams and the body cameras can work on the same system to save money.

WUSA9 asked police departments around the DMV how many of their officers have body cameras.

"A lot of folks have started this program and its failed because of storage issues, infrastructure issues, cameras not working," Magaw said.

The Prince George's County Council reported a $150,000 federal grant was given for test cameras in 2017.

Magaw said universal body cam coverage would be an added piece to continue the 50 percent decrease in Prince George’s County crime over the past 10 years.

"When you have accountability, you have trust," he said. "The community has trust in your police department."

RELATED: 'That could have been my husband' | Neighbors react to fatal shooting of man handcuffed in a police car