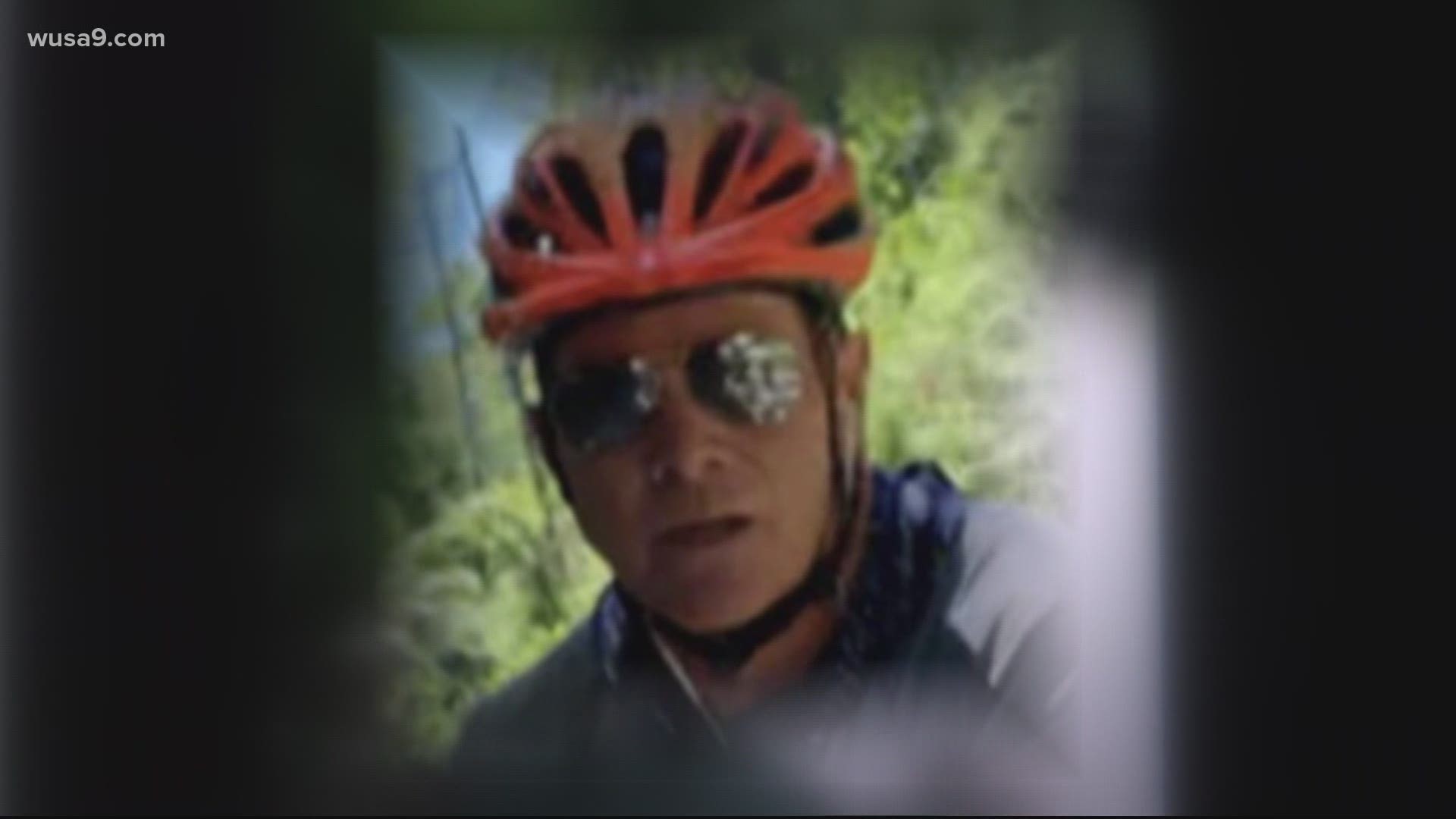 KENSINGTON, Md. — Maryland-National Capital Park Police have arrested and charged a suspect wanted for assault after he allegedly attacked a group of teens hanging racial justice posters on the Capital Crescent Trail on Monday.

Brennan, shown on the video, began to argue about the flyers and grabbed the flyers from one of the victims, police said.

Police said Brennan pushed his bicycle and began to charge one of the victims, causing them to fall to the ground.

A video posted online to Reddit shows Brennan wearing sunglasses, an orange helmet, and a gray shirt pick up a bike and run toward the male who is filming.

The Maryland-National Capital Park Police tweeted they were looking for Brennan, with photos taken from the video.

Over the past few days, police said community members have sent hundreds of tips to the Park Police.

Detectives utilized various sources to further corroborate the information provided by the community before developing Brennan as a primary suspect.

Contact was made with Brennan and his legal counsel earlier today, police said. Police searched his home while members of the State’s Attorney’s Office and Park Police were present.

During the search, items of evidentiary value were seized. Police said that an arrest warrant was obtained and served on Brennan Friday evening after he voluntarily turned himself into detectives.

On Saturday, a statement from Brennan's former workplace, MadeToOrder, confirmed that Brennan's position has since been terminated.

"Recently, we discovered one of our MadeToOrder employees engaged in disturbing, wrongful, and completely unacceptable behavior directed towards peaceful demonstrators," the statement read. MadeToOrder has zero tolerance for this behavior, and we took immediate and decisive action, terminating the employee... Black Lives Matter."