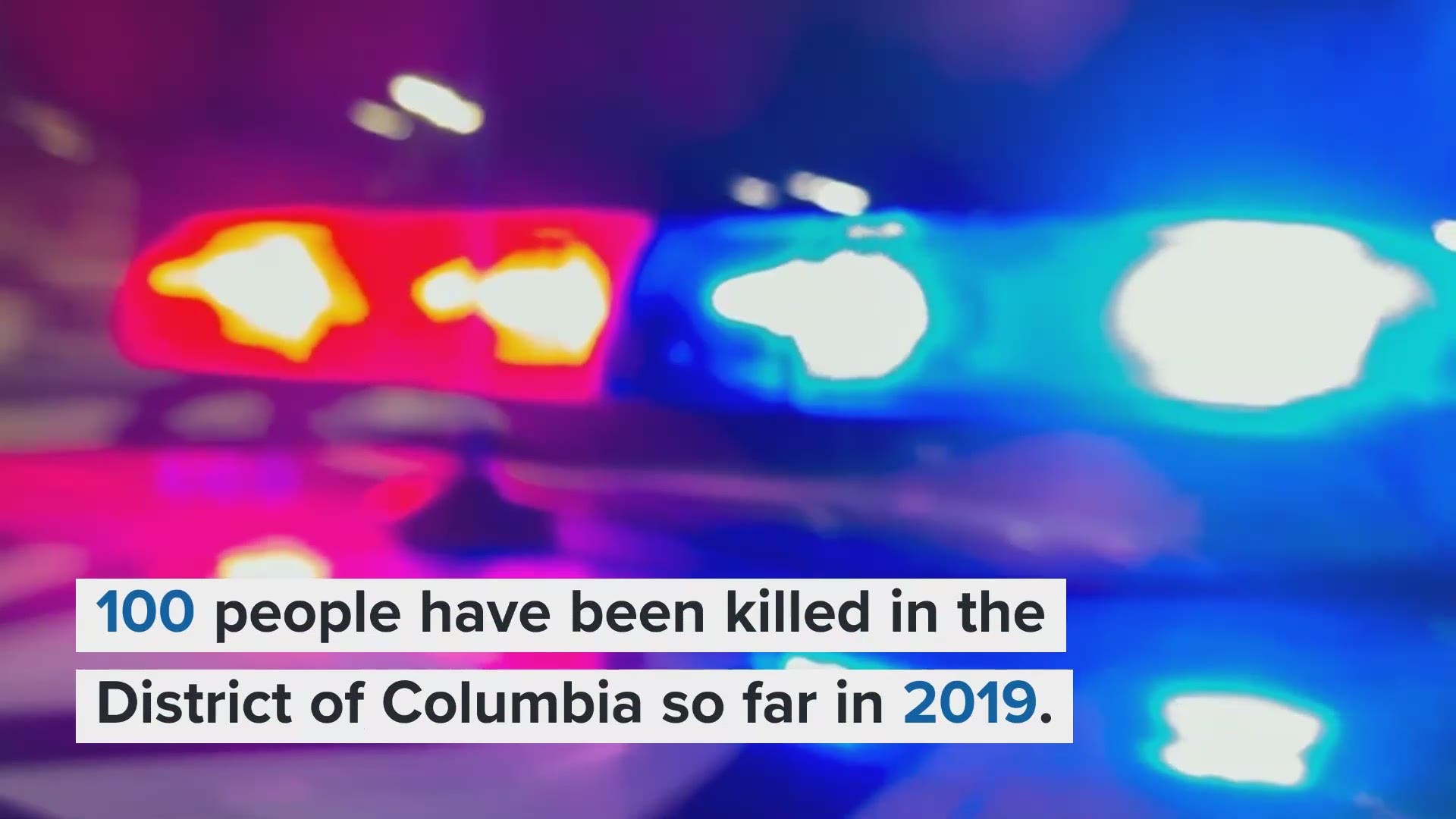 As of Monday night, 100 people have been killed in the District of Columbia so far in 2019.

The 100th homicide happened Monday night in the 500 block of Bass Place SE. Police said they arrived at the scene and found an adult man with multiple stab wounds. Emergency responders took him to a local hospital, but he was pronounced dead.

Police haven't identified the man yet.

The fatal incidents have overwhelmingly been in Wards 7 and 8.

Below is a breakdown by ward, not counting Monday's stabbing.

This time last year, Washington D.C. had seen 93 homicides. This year has been marked by the fatal shootings of a couple of kids 18 and under.

Karon Brown, 11, and Maurice Scott, 15, both were shot and killed in their neighborhoods. Their communities have rallied around their families and are demanding an end to the violence.

Anyone with information in the stabbing on Bass Place SE is asked to call MPD at 202-727-9099. You can also submit anonymous information to the department’s text tip line at 50411.

Below is a map of all the reported homicides so far in 2019.