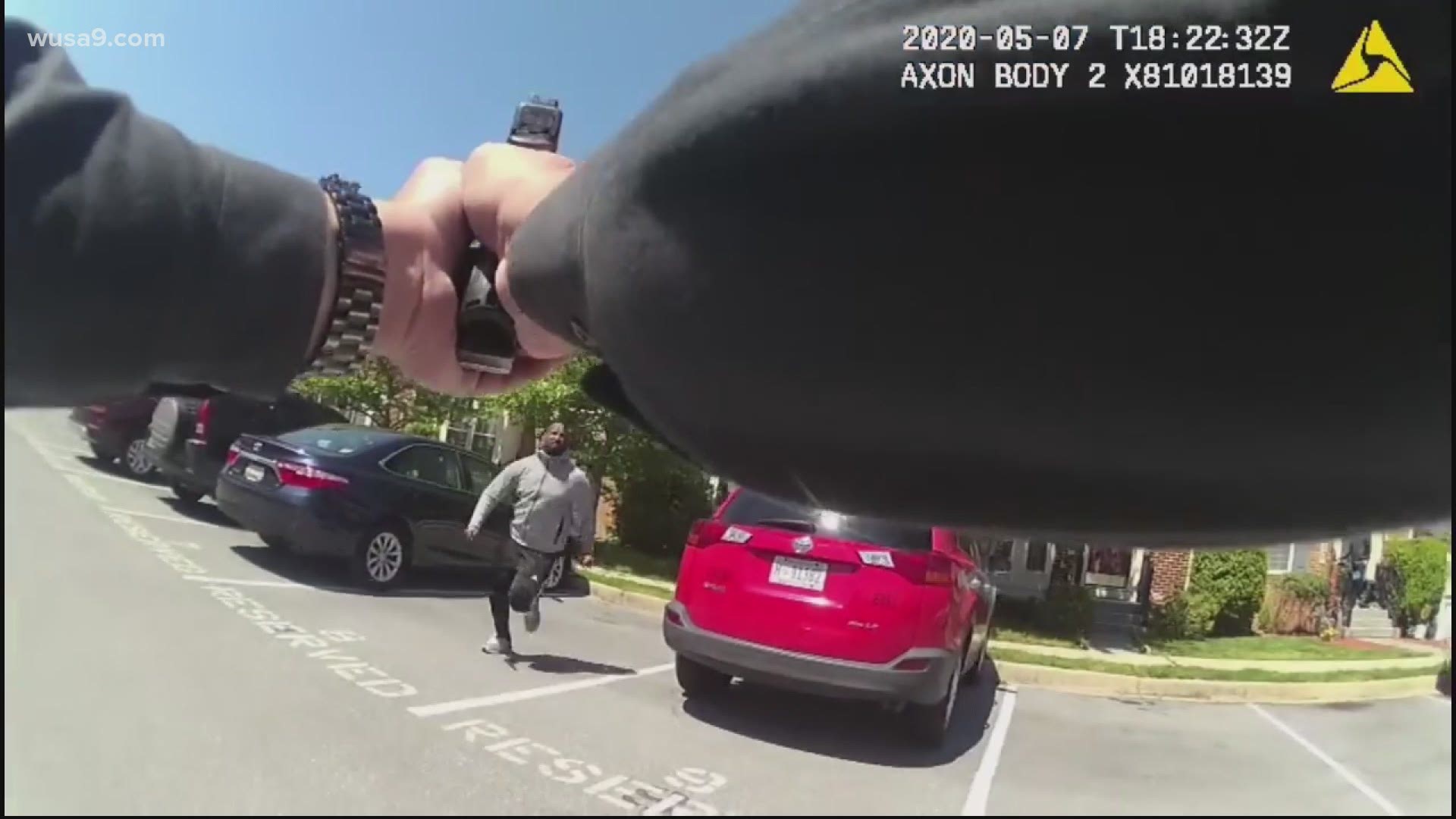 WHITE OAK, Md. — *Note: WUSA9 has made the editorial decision not to show the full body camera video in its entirety due to its graphic nature.

The incident happened outside the home of the victim, 30-year-old Finan H. Berhe, on the 1500 block of Hadden Manor Court, officials said.

In the video, Montgomery County police Sgt. David Cohen, a 17-year veteran, was first seen putting on a surgical mask before stepping out of his vehicle to confront Berhe.

The video then shows Cohen exiting his vehicle and pointing his gun at Berhe as he ran on the road towards Cohen and his police cruiser. Cohen turns on the audio of his body camera and is heard instructing Berhe to, "Put the knife down."

Cohen is then heard in the video telling dispatch that he has a person refusing to get down on the ground, later warning him to "get on the ground," several times.

"I don't want to shoot you," Cohen said in the video before Berhe ran towards him.

Cohen then fired multiple shots at Berhe, who was seen in the video running in his direction.

The officer tried life-saving measures at the scene, officials said. Emergency crews took Berhe to a hospital where he later died.

In a preliminary investigation, authorities learned that around 2:15 p.m., officers were called to the 1500 block of Hadden Manor Court on a report of a knife-wielding man in a neighborhood parking lot who was causing a disturbance.

Detectives are reviewing all video footage, including the officers' body-worn camera footage, and all other evidence as part of the investigation. Once the investigation is complete, the findings will be submitted to Howard County’s State’s Attorney’s Office for review.

Officials said Cohen has been placed on paid administrative leave pending the investigation.

Police ask anyone with information regarding the shooting to contact the department's Major Crimes Division at 240-773-5070.

RELATED: Man and woman dead, another injured in late night shooting in Lanham

RELATED: Police: Man shot and killed after charging at officer with a butcher's knife