Police: Arrest made in assault of Asian store owner in Northeast DC

Samuel Delwyn Thomas, 30, of Cockeysville, Maryland, has been arrested and charged with aggravated assault, DC Police said in a release. 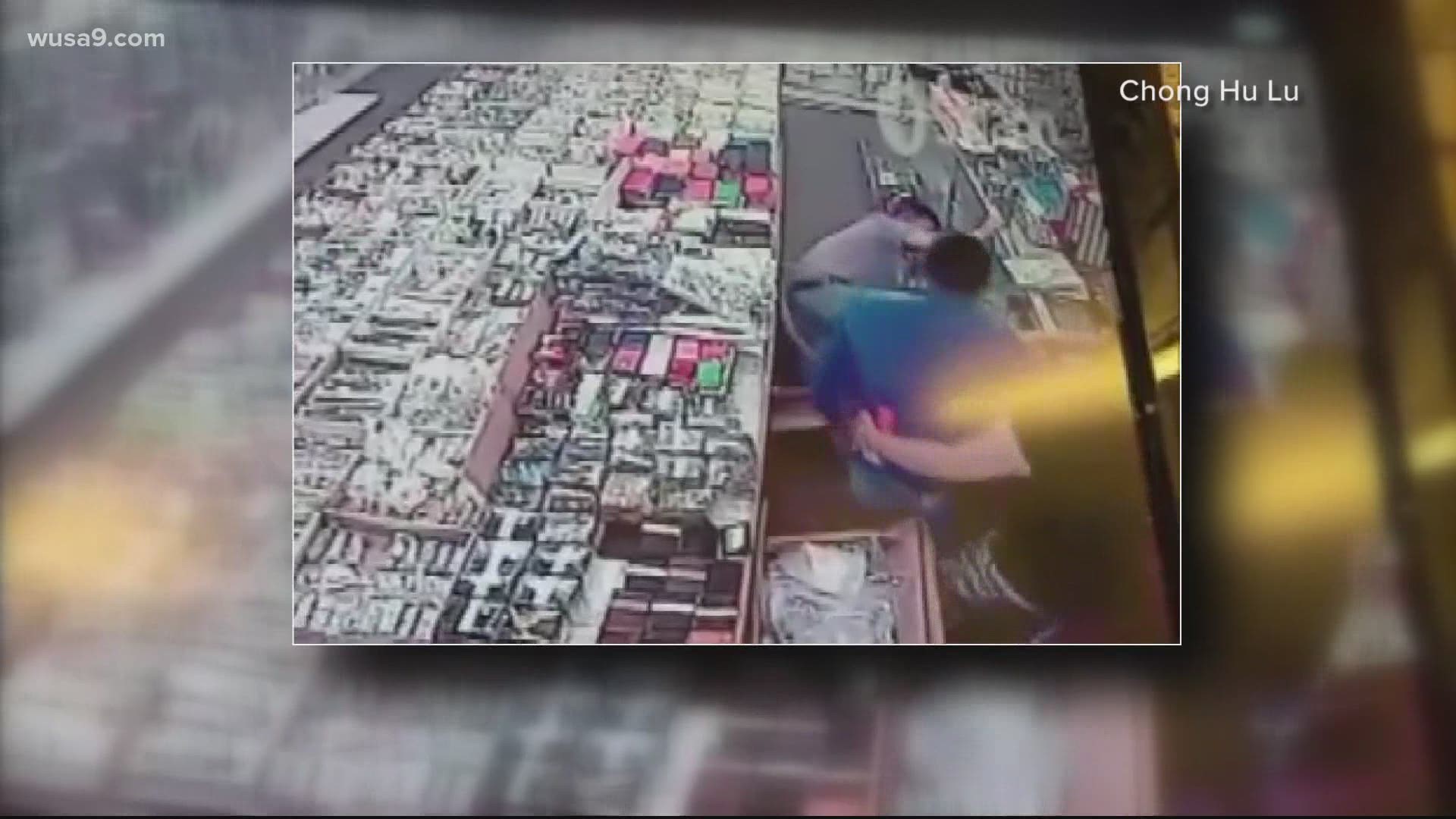 WASHINGTON — DC Police say they have made an arrest in connection to an assault where an Asian business owner was attacked and cursed at in his own store back in May.

Samuel Delwyn Thomas, 30, of Cockeysville, Maryland, has been arrested and charged with aggravated assault, police said in a release Thursday.

According to police, the incident happened back on Tuesday, May 4 at just after 1:45 pm when Thomas entered the Max Trading Corporation jewelry store in the 1300 block of 4th Street NE.

Chong Hu Lu and his wife operate the jewelry store and told WUSA9's John Henry in an interview last month that a man – later identified as Thomas – and woman came into his store to look at jewelry. According to Lu, Thomas then asked if they could open a jewelry item.

"And, I said no because we have a policy,” Lu said.

Lu said Thomas then began to throw punches at him while yelling the words “f****** Chinese” several times.

Lu said Thomas then left the store while the woman who was with him physically blocked Lu from giving chase. Lu said Thomas and the woman eventually fled the scene in a car, but not before a neighboring business owner recorded their license plate number.

He said this is the first time something like this has occurred in his business. He says he has operated his store for the last 22 years.

“[It has] never happened before,” Lu said.

Lu said he ultimately received 14 stitches to his top lip after the assault.