Nine people were shot in DC in less than 30 minutes. Two men were killed. 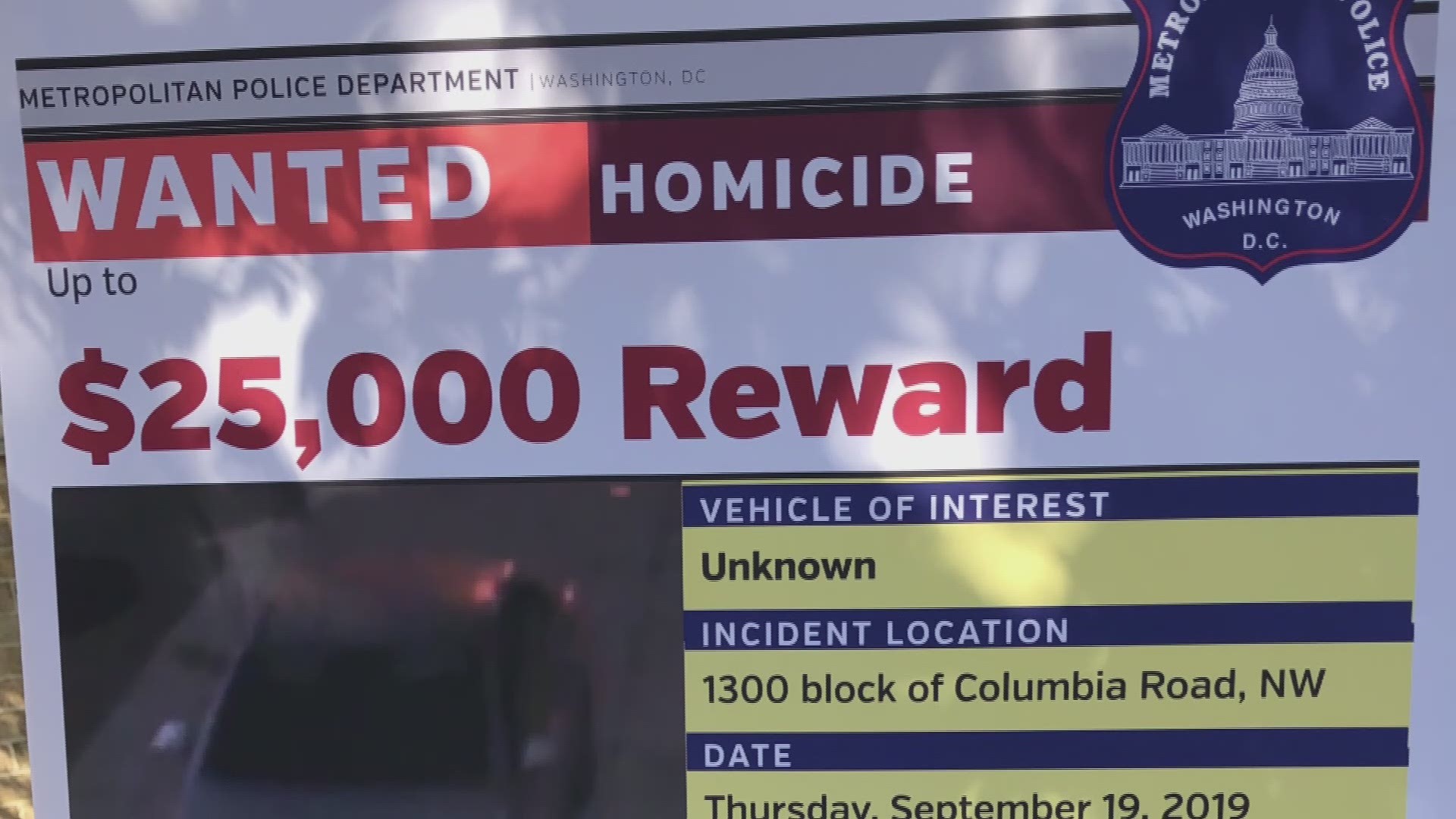 WASHINGTON — Metropolitan police said Friday they have security camera images of a silver sedan they suspect was involved in a stunning attack possibly carried out with assault-style rifles in Northwest Washington Thursday night.

A 21-year-old man was killed and five others were wounded when attackers jumped from the car and began shooting and a group of people in the courtyard of an apartment complex near the intersection of 14th and Columbia Road NW at about 10 p.m.

D.C. Police Chief Peter Newsham said investigators don't have a motive for the shooting, but that at least three of the victims were members of a local "crew" and that four of the six victims had a history of weapons charges filed against them.

RELATED: Violent crime has been up for months in Columbia Heights neighborhood – and now 6 people were shot in one night.

In all, nine people were shot in two separate incidents the District in less than 30 minutes Thursday night, police said. Two died.

Around 10 p.m., officers were called to the 1300 block of Columbia Road in Northwest for the sounds for gunshots.

When they arrived, they found five men and one woman suffering from gunshot wounds. One of those men died, 21-year-old Vincent Carter of Southeast Washington D.C.

One of the other victims is in critical condition, while the remaining four are in stable condition.

Police said two men armed with AK-style weapons fired dozens of shots in the apartment courtyard on Columbia Road. They believe the two suspects got away in the silver sedan, spotted driving through a back alley and turning onto Irving at the time of the crime.

Less than 30 minutes later, police were called to the 1300 block of Brentwood Road after receiving multiple calls for a shooting in the area.

When police arrived, they found two men and one woman suffering from gunshot wounds.

They were taken to the hospital where one man died. Police identified him as Sean Coleman-Bey, 20.

RELATED: Suspect shot by police after firing gun at officers in DC

The other man and woman were shot in the leg. They are expected to be OK.

Friday afternoon, MPD Chief Peter Newsham and Mayor Muriel Bowser held a press conference with an update on both shootings. In the Columbia Road incident, Newsham said they were not aware of any motive in the shooting, but did have intelligence three of the victims were members of a local "crew." He said four of the victims had previous firearm charges on their records, though the man who died did not.

He said investigators found a handgun at the scene of the crime, but do not believe it was used in that shooting.

In the Brentwood Road shooting, Newsham said the suspect wore a mask and gloves. He said they were looking for a pickup truck possibly connected to the incident.

Credit: MPD
Police are on the lookout for a pick up truck they believe might be connected to a shooting in the 1300 block of Brentwood Road NE on Sept. 19, 2019.

Newsham said as far as his investigators could tell, the two incidents were not related.

According to statics and data from D.C., 125 people have been killed in the District so far this year. That's up 17 percent from the 107 people killed at this time last year. That information was updated at midnight on Sept. 19.

At the Friday press conference, Bowser and Newsham encouraged people to come forward with information about the shooting.

Anyone with information should call 202-727-9099 or submit an anonymous tip the department’s text tip line by sending a text message to 50411.

This story has been updated with the latest information following a Friday afternoon press conference.