Survivors of convicted felon say his message is meant to intimidate them. 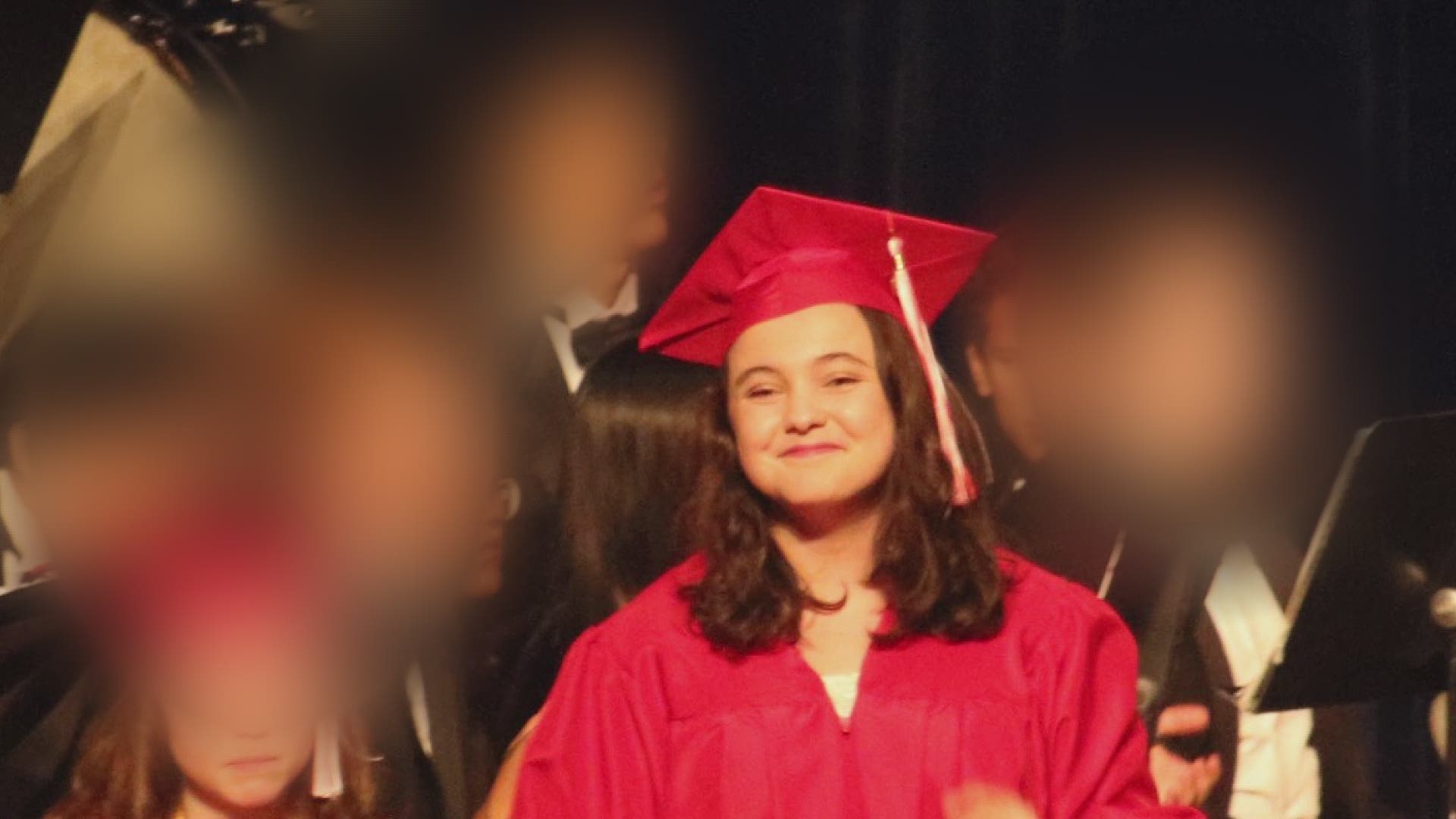 FALLS CHURCH, Va. — Sandre Rice, 18, has much to celebrate. She just graduated from George Mason High School in Falls Church.  And she has overcome the trauma of child sex assault that occurred eight years ago in June of 2011.

Rice is one of four young woman who testified in two trials which put the perpetrator behind bars in 2015. But that man, Michael Gardner, 54, who is serving a 20 year sentence for sexually assaulting four girls, was able to get his picture and a message in the George Mason High School year book.

"I saw the picture and then I saw what he wrote," said Rice.

The message is from Gardner is to his twins, who also graduated from the high school. It reads, "Loves, immolate false things without regret to give what remains. Love Dad."

"He chose the immolate...That word means to sacrifice things with fire. By burning them with fire. He chose that word to be intimidating...That is a threat that he made in the yearbook," said Rice. Undaunted, and not intimidated, Rice said she decided to speak out to make sure people know what  the man she refers to as inmate number 1459671 did -- then and now.

"He just wants attention. He's very narcissistic and anything he can do to get the attention back on him. Years after the fact," she said.

Sandre's parents, Dan and Kristina Rice are angry about the message in the yearbook. "It was clear to me he was trying to incite his children to violence on his behalf. Immolate without regret," said Kristina.

"I think it's really hard when we're looking at that many pictures and images to to catch everything. That's why we count on our community to help us do the right thing by not putting something in that could potentially be harmful to our students," said Noonan.

Robin Gardner has always stood by her husband. WUSA9 tried to contact her at her home to find out why she put her husband's message in the yearbook, but was unsuccessful.

Rice was one of three girls assaulted eight years ago by Gardner. They were friends with his daughter and it happened in the Gardner's house at  sleepovers.

Because two of the girls told right away, the Falls Church Police Department was able to secure irrefutable touch -- DNA from Gardner, which led to his conviction.

When that conviction was thrown out on a technicality, Robin Gardner's own niece came forward accusing her uncle of molesting her as a child. He pleaded guilty in a plea agreement sending him to prison for 20 years.

"That somebody would continue to support a pedophile when your own flesh and blood, somebody that was a victim, your own niece, yet you can still help him put a disgusting messages in a yearbook?" said Dan Rice.

Sandre Rice said she's going to keep the page in her yearbook because it contains pictures of other classmates. She said she's moving on with her life, and staying strong.

"It was very difficult going through it, a lot of I've reached a point where there's a level of acceptance. I can't go back and change what happened me. But he's in prison. Will be there for a while," she said with confidence.

She takes comfort in the fact that when prisoner 1459671 does get out, he will forever be on the sex offender registry.

The Rices informed the Falls Church Police Department about the yearbook picture and message. Police Chief Mary Gavin said they've taken note, are keeping it on record, and are 100 percent behind the girls.

The Rices hope the Gardners' action will lead to him remaining in prison longer than his sentence. The Sexually Violent Predators Act allows the Virginia Attorney General's Office "to petition a circuit court for the civil commitment of certain sexual offenders who have a mental abnormality or personality disorder and because of that mental health condition are likely to commit future sexually violent offenses."