Emma Gonzalez takes 6:20 moment of silence during March For Our Lives

Gonzalez is one of several teens from the school to become gun control activists in the wake of the shooting. 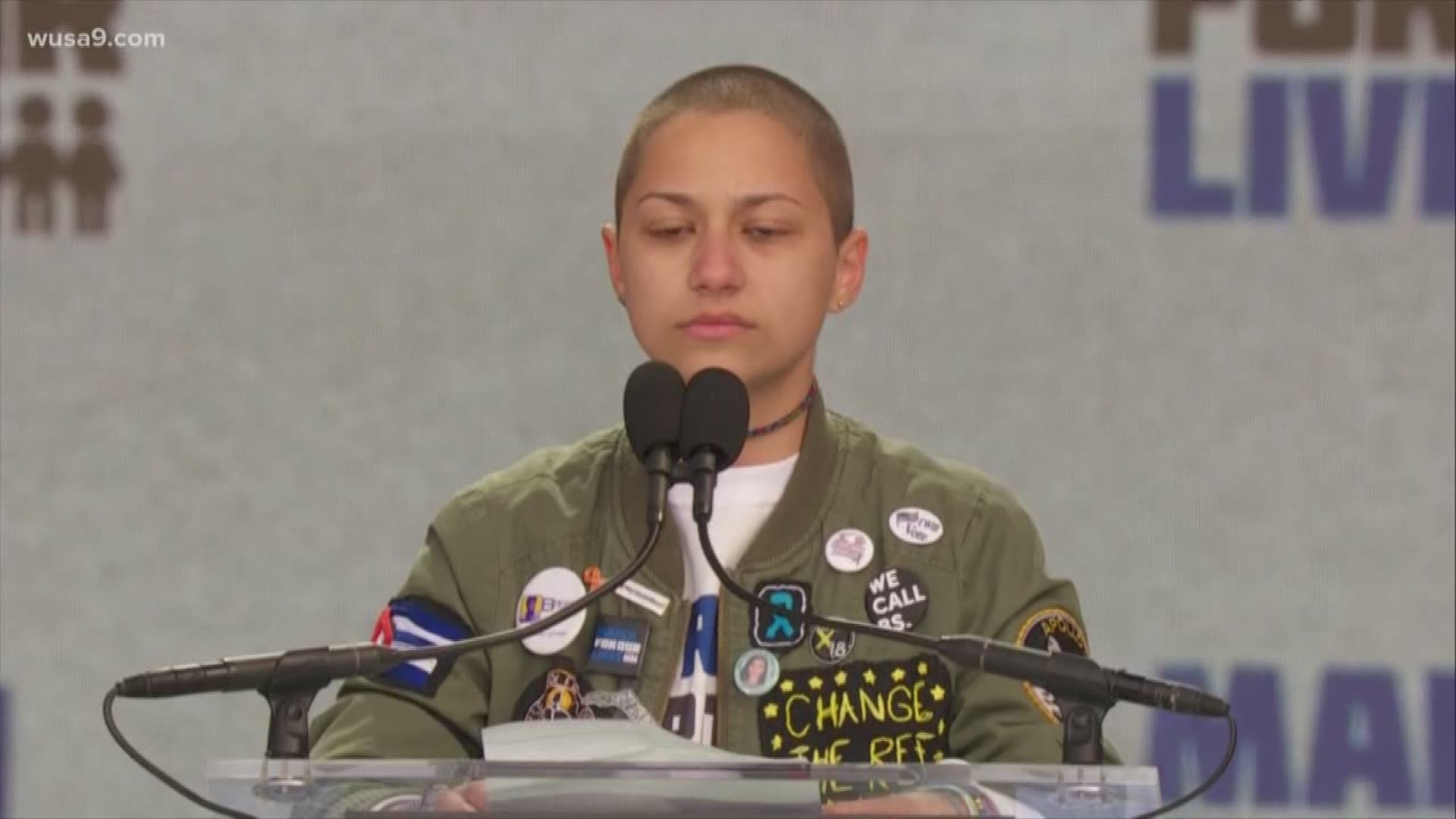 She continued to stand silently as a few crowd members shouted out support. She remained silent as tentative chants broke out. Her silence continued as those attending also fell quiet, many weeping.

The gripping moment stretched for 6 minutes and 20 seconds, the amount of time Gonzalez said it took a school shooter to kill 17 people and wound many others at Marjory Stoneman Douglas High School in Parkland, Florida, last month.

Gonzalez is one of several teens from the school to become gun control activists in the wake of the shooting. Their efforts have galvanized youth nationwide, with hundreds of thousands attending similar rallies across the country.

Gonzalez wrapped up the Washington, D.C. rally with some homework for those who demonstrated nationwide:

PHOTOS: The best signs at the March For Our Lives