Man, 35, says another driver gets out of car, called him racial slur and threatened to kill him 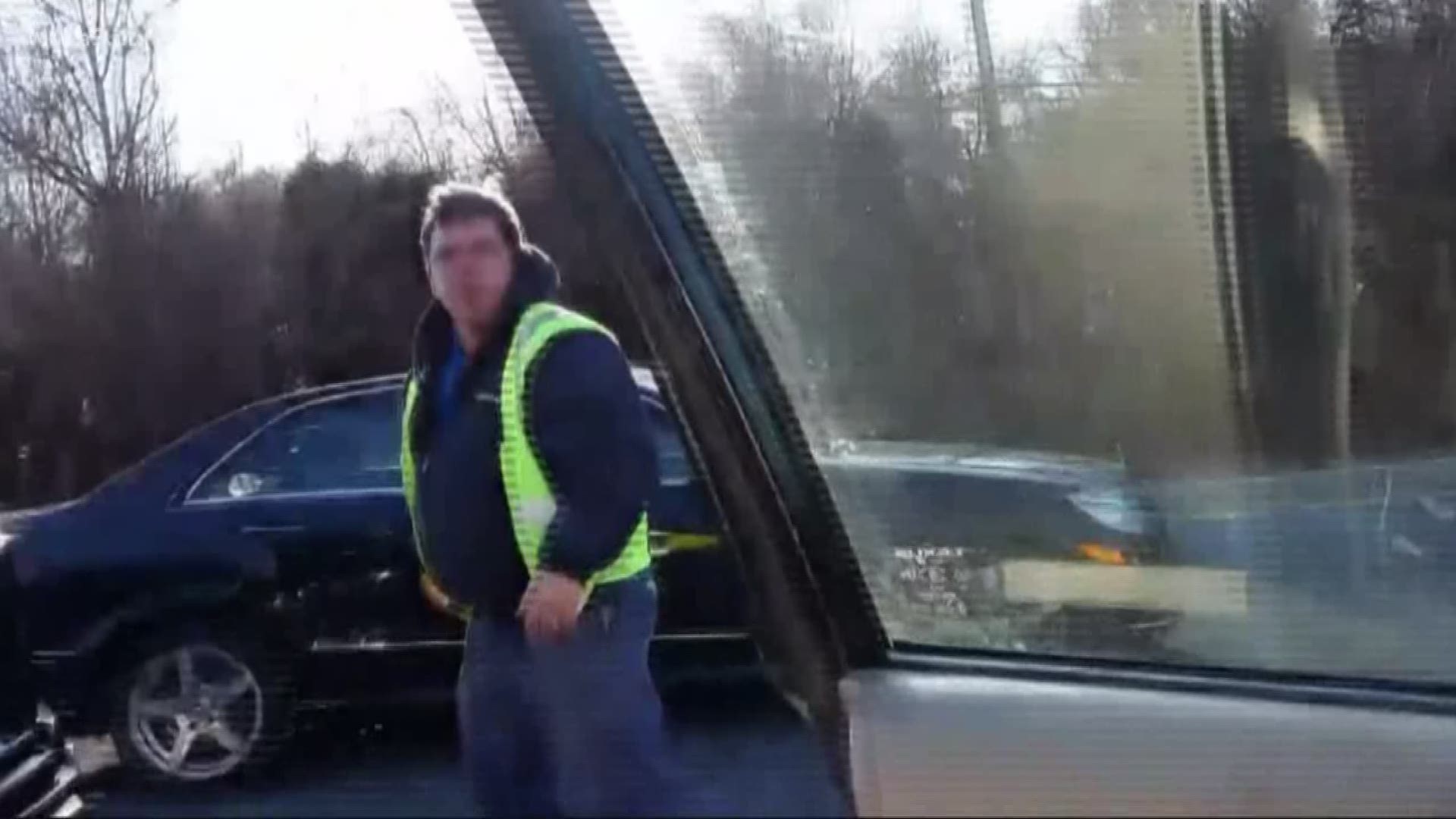 MONTGOMERY COUNTY, Md. — Crispin Cole was driving home from an interview Wednesday when another driver called him the N-word and said he would kill him.

The video Crispin Cole shot of the incident went viral on Twitter over the weekend, racking up more than 375,000 views.

“I mean I didn’t get upset. I just wanted to document it, because I’m like this happens too many times. I want to document this one," said Cole.

The 35-year-old says he had been driving back from an interview along 355 N Wednesday afternoon and had stopped at the red light at Odendhal Avenue a few car lengths back.

"The car behind me, this gentleman, he got upset and he wanted me to move forward and started honking his horn. And I didn’t move, because it’s a red light. There’s no need to move," said Cole.

The light turned green, and Crispin followed the man to get his plates.

"That was imperative, because stuff like this happens …I just wanted something to be done," said Cole.

Users took stills of the other driver's face and looked up his license plate while Montgomery County Police pursued its own investigation.

“You’re not supposed to react, because as a black man, I can’t do tit for tat. I can’t match his anger with my anger, because something could happen to me. So, when somebody says that to me, it's not about me. It's about them. Probably having a bad day,” he said.

Cole says he just wanted to bring attention to a recurring problem the black community faces.

Now, Cole has other priorities.

He just graduated with his MBA and is focusing on finding a job with a government agency or international NGO dealing in international development.