Border wall could cost Virginia up to $493M in military projects 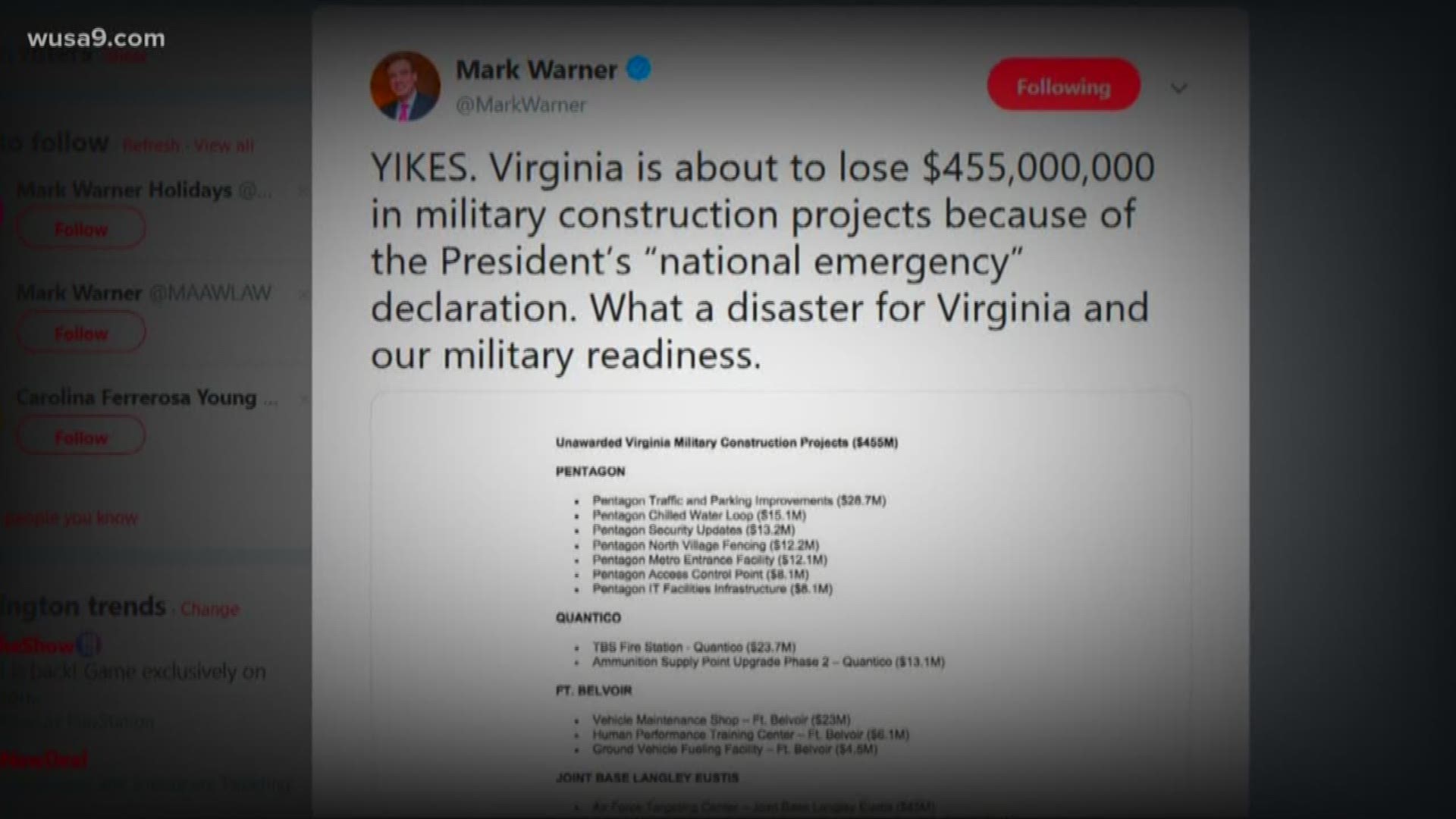 While the Commonwealth has $493 million in military projects approved by Congress, but not yet contracted by the Pentagon, White House and Congressional aides identified $130 million in future defense construction that is now at the greatest risk.

Credit: Jordan Fischer, WUSA9
$130 million in military construction contracts in Virginia have been identified as at high risk of being reallocated for the border wall.

The president raised the possibility of redirecting $3.6 billion in military funds for new barriers along the southern border -- a move that could disproportionately divert funds from Virginia defense installations.

A senior White House official stressed the use of military funds would be a strategy of last resort, while criminal forfeiture and drug enforcement funds could be accessed first.

Under the latest plan, no funds for military housing will be affected by the national emergency, a point of strong contention shortly after the president announced the move.