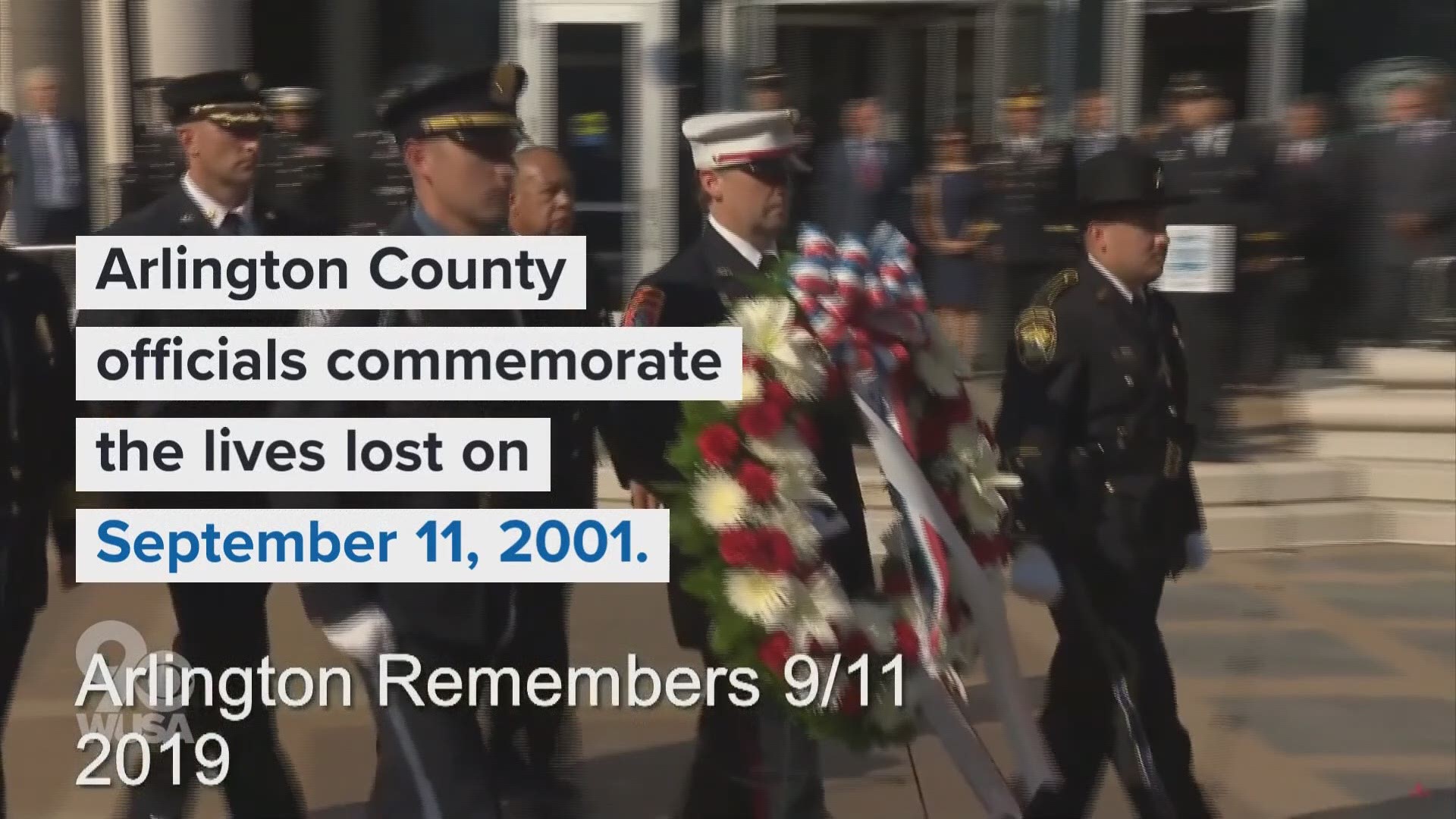 ARLINGTON, Va. — It was a moment that lived in infamy 18 years ago -- 35 minutes into American Airlines Flight 77 to Los Angeles, five terrorists hijacked the cabin, crashing the plane into the west side of the Pentagon building in Arlington County, Va. The impact killed all 184 people on board, victims were honored this morning at the Arlington County government plaza

Local Arlington County officials, members of the military, commanders and first responders attended a moment of silence at 9:37 a.m., the exact time when the plane collided into the Pentagon. After the moment of silence, a ceremonial wreath was then placed under the flag pole to honor those killed.

Credit: Brendan Hoffman
A look at the Pentagon Memorial in Arlington, Va. The memorial commemorates the 184 victims of the September 11 terrorist attacks both at the Pentagon and on American Airlines Flight 77.

Senators Tim Kaine and Mark Warner were amongst those at the ceremony, as well as the  Arlington County Fire Department, who were the first to arrive to the horrific event.

The National 9/11 Pentagon Memorial near the Pentagon grounds closed to the public from 5 a.m. to 11 a.m. Wednesday for a private ceremony.