After Trump blasts McCain, takes credit for funeral, National Cathedral points out he had nothing to do with it

The president complained he was never thanked for McCain's National Cathedral funeral at a rally in Ohio. 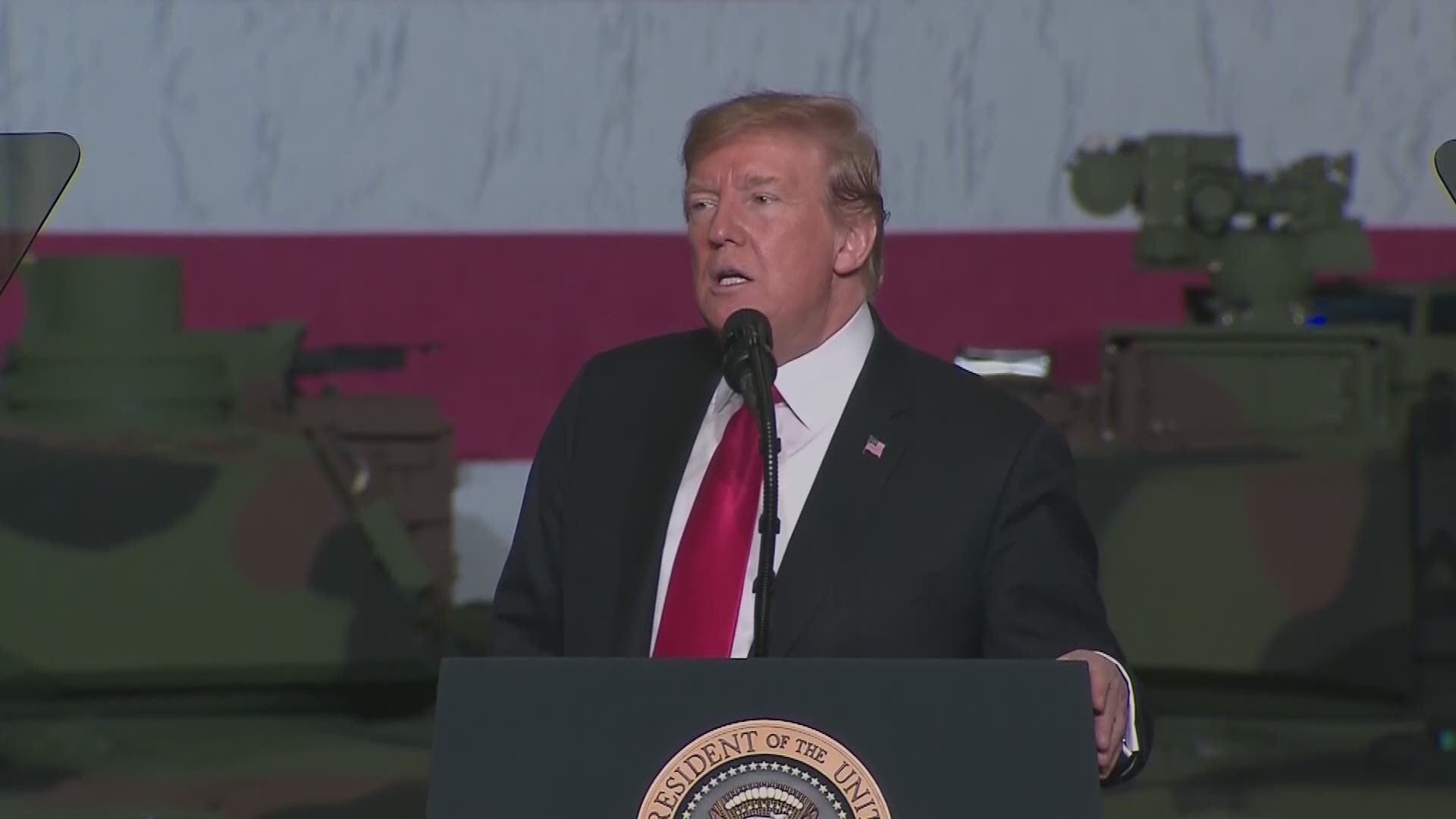 WASHINGTON — President Donald Trump blasted the late John McCain on Wednesday, going as far to claim credit for the senator’s funeral in Washington and complaining he was never thanked.

"I gave him the kind of funeral that he wanted," Trump told reporters at a campaign-style rally in Lima, Ohio, according to the Associated Press. "I didn't get (a) thank you but that's OK."

The Washington National Cathedral, which hosted the late senator’s funeral service, issued a statement on Thursday in response disputing the president’s involvement.

“Washington National Cathedral was honored to host the funeral service for Senator John McCain. All funerals and memorial services at the Cathedral are organized by the family of the deceased; only a state funeral for a former president involves consultation with government officials,” representatives wrote in a release. “No funeral at the Cathedral requires the approval of the president or any other government official.”

Trumps comments have caused a rift among Republicans in the past week or so, with some going as far to publicly denounce him.

"That's what I said on the floor of the Senate seven months ago. It will be deplorable seven months from now if he says it again and I will continue to speak out,” he said.

McCain’s family did not invite the sitting president to his funeral, and instead asked former Presidents George W. Bush and Barack Obama to deliver eulogies. Both spoke on the value of pursuing goals greater than oneself.

Credit: SAUL LOEB/AFP/Getty Images
Members of the Church pray over the casket of the late US Senator John McCain, Republican of Arizona, during the National Memorial Service at the Washington National Cathedral in Washington, DC, September 1, 2018.

The Associated Press reported Trump signed off on the military transport of McCain’s body, went golfing and was uncharacteristically quiet on Twitter during the Washington events.

The AP reported Trump's publicly nursed grudge against McCain has not appeared to alienate his core supporters, some of whom had soured on the senator by the time of his death. Aware of this, GOP lawmakers until now have stayed subdued or silent though Trump sometimes infuriated them with his comments on their late colleague.

Trump has said over the years he doesn't think McCain is a hero because he was captured in Vietnam.

McCain was tortured and held prisoner for more than five years.

Many outlets cite the McCain Senate vote that scuttled the GOP effort to repeal Obama’s health care law in 2017 - in which he famously gave the media a thumbs down as elevator doors closed - as the cause of Trump’s ire with the late senator.

Trump continued to tweet this week, saying he had never been “a fan” of McCain, and never would be.

Senate Majority Leader Mitch McConnell called McCain "a rare patriot and genuine American hero in the Senate." McConnell tweeted, "His memory continues to remind me every day that our nation is sustained by the sacrifices of heroes."

"I can't understand why the President would, once again, disparage a man as exemplary as my friend John McCain: heroic, courageous, patriotic, honorable, self-effacing, self-sacrificing, empathetic, and driven by duty to family, country, and God," Romney wrote.

Sen. Lindsey Graham, the AP reports, wept openly on the Senate floor after McCain died but has allied himself strongly with Trump, said, "I think the president's comments about Sen. McCain hurt him more than they hurt the legacy of Sen. McCain."

Laurie Kellman of the Associated Press contributed to this story.