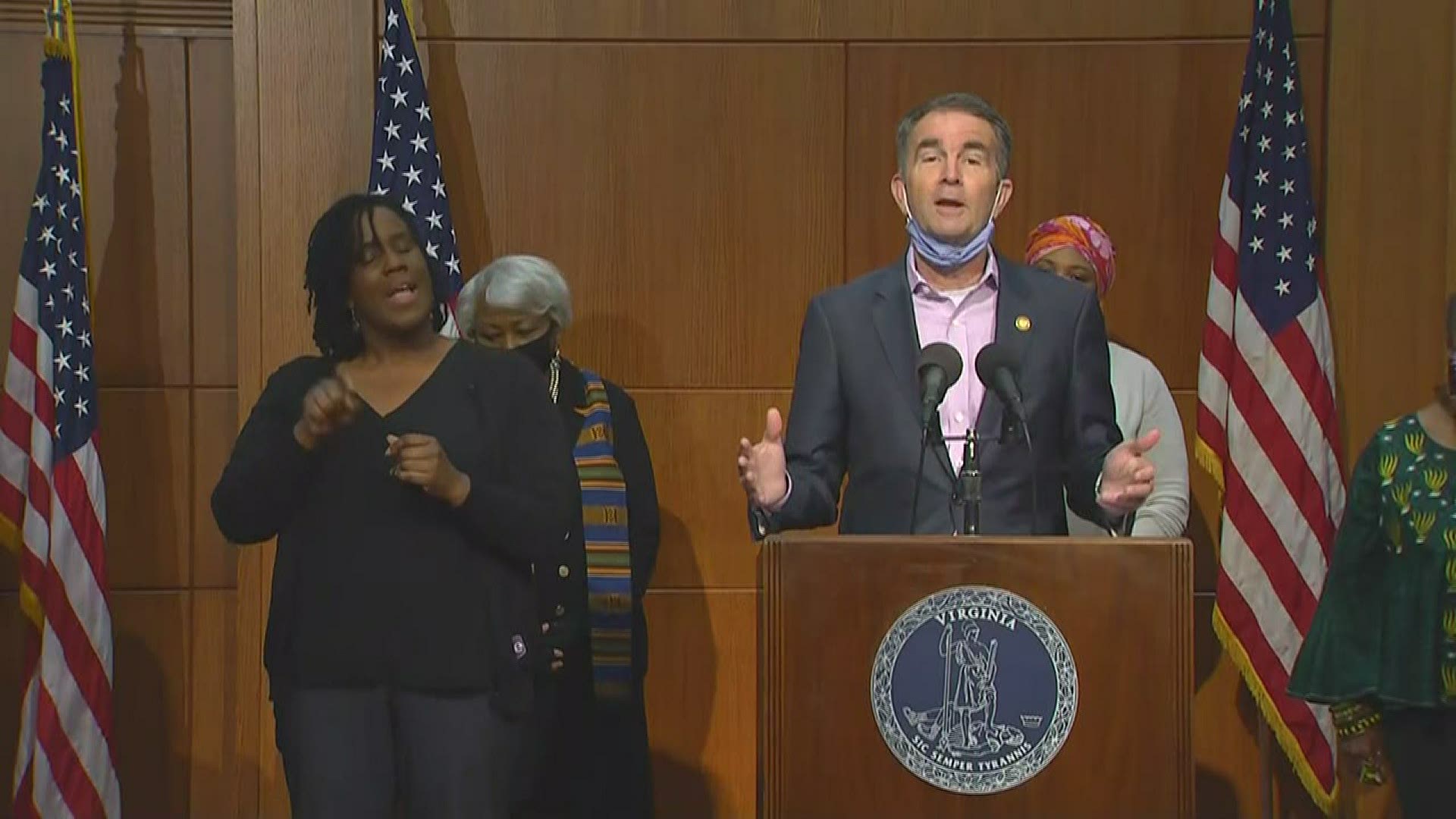 June 19, 1865, also known as Juneteenth, was the day when enslaved African-Americans in Galveston, Texas were told they were free -- two years after the Emancipation Proclamation was signed by President Abraham Lincoln.

RELATED: What is Juneteenth? Marking the end of slavery in America

“Black history is American history," Northam said during the announcement.

If this legislation is passed, it would make Virginia the second state to make Juneteenth a paid, state holiday. It's already a state holiday in Texas.

Northam hopes city governments will adopt similar resolutions to make Juneteenth a holiday for their localities, as well.

He also said that the Commonwealth will commemorate this occasion with a paid day off for executive branch state employees this coming Friday, June 19.

Virginia Beach native Pharrell Williams was at the briefing where he made a call to businesses and corporations in Virginia to also make the day a paid holiday.

RELATED: Celebrate Juneteenth (virtually) from anywhere in the nation

“Since 1619, when representative democracy and enslaved African people arrived in Virginia within a month of each other, we have said one thing, but done another,” said Governor Northam. “It’s time we elevate Juneteenth not just as a celebration by and for some Virginians, but one acknowledged and commemorated by all of us. It mattered then because it marked the end of slavery in this country, and it matters now because it says to Black communities, this is not just your history—this is everyone’s shared history, and we will celebrate it together. This is a step toward the Commonwealth we want to be as we go forward.”