More than 5,000 jeepers traveled to Hedgesville, West Virginia to make a little boy's Christmas wish come true, with a drive-by jeep parade past his house. 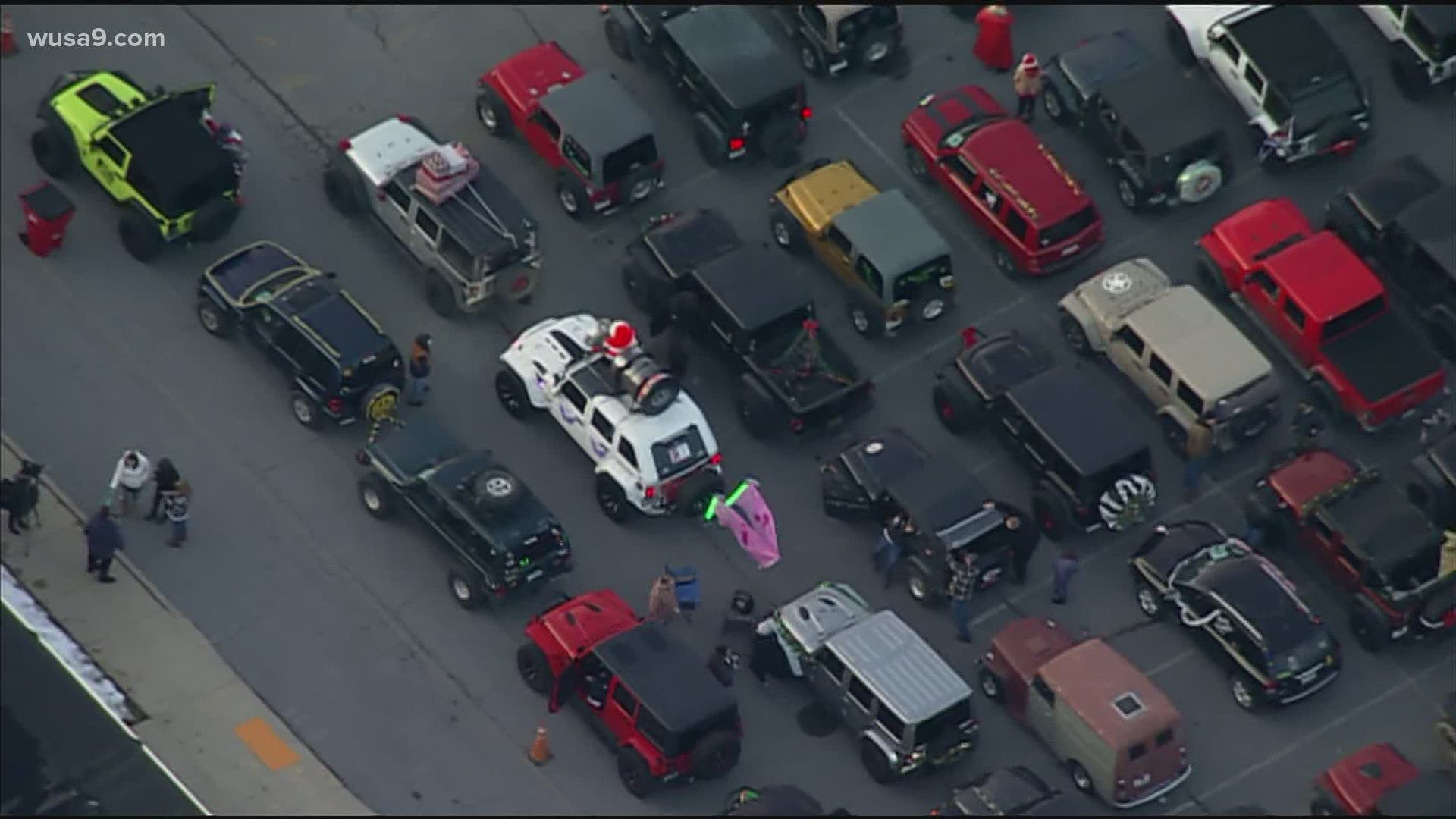 Georgie lives with his family in Hedgesville, but has been battling stage 4 Neuroblastoma at St. Jude's Children's Hospital since October 2019. He came home a few days before Christmas to celebrate the holidays with his family.

The 4-year-old's favorite thing in the world is jeeps. To make his Christmas extra special, his parents started asking around to see if they could organize a "jeep parade," in order to keep him safe, given the pandemic and the fact that cancer has left him immunocompromised.

"This year has been so isolating for all of us, and we can only imagine the added challenge of literally fighting for your life," Berryville resident Jillian Ztemenots, who attended with her husband and 8-year-old son, said.

The event grew quickly, and pretty soon more than 1,000 jeepers said they would be attending "Jeeps for Georgie." Many of the event attendees came from neighboring states and said they learned about the event from Facebook groups for jeep lovers.

"With everything going on in the world, my daughter was afraid that the virus would ruin Christmas," Allison Miller, who came from Oldtown, Maryland, said. "This was a way of showing her Christmas is not always about receiving, but also giving."

As the projected attendance numbers grew, organizers realized they might even break a Guinness World Record for little Georgie. The previous record for the largest parade of jeeps was 2,420 vehicles at the Bantam Jeep Heritage Festival in Butler, Pennsylvania in 2015, according to Guinness World Records' website.

"If this year has taught me anything it would be that life is precious and the moments we have here are not promised," Jenn Garst, who came from Vienna, Virginia, said. "I would have driven 10 hours ... to make a little boy's Christmas wish come true."

Organizers of "Jeeps for Georgie" said more than 5,000 jeepers from all over the country showed up for this Christmas miracle, shattering the previous jeep parade record.

Many of the participants acknowledged that though they had never met Georgie, they had kids of their own, and empathized with his family's situation.

"I have two kids, 9 and 6, and I can't imagine the pain that family is in," Anna Allen from Stafford, Virginia, said. "If I can help make Georgie happy for the night, it's a no brainer."

"I think 2020 has changed the dynamics of how people respond to people in need," Tawny Ditto, from Clear Spring, Maryland, said. "I'm hoping through all of this, people can see the impact of a small gesture as simples as a Facebook post asking for jeep owners to join a parade."

Credit: Julia Howell
Organizers estimate that more than 2,600 participants showed up for "Jeeps for Georgie."