Rooster & Owl and Thamee are semifinalists for the James Beard Foundation Awards "Best New Restaurant." DMV restaurants were represented in all but two categories. 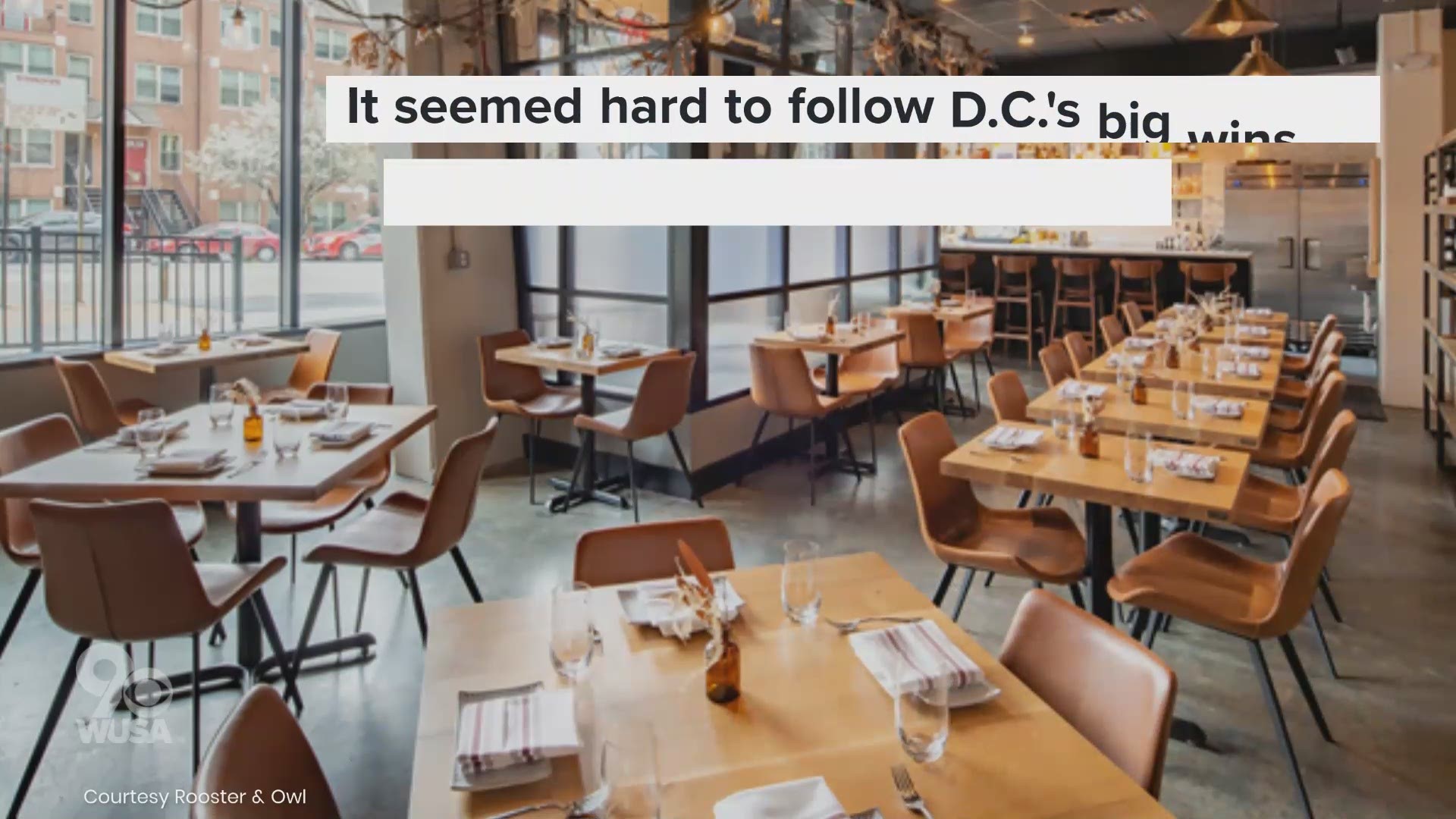 WASHINGTON — For the foodies in town, the Oscars are only a warm-up to the real star of award show season: the James Beard Foundation Awards.

It seemed hard to follow D.C.'s big wins at the 2019 JBF Gala, as Kwame Onwuachi and Tom Cunanan took home the top honors in the Rising Star Chef and Best Chef: Mid-Atlantic categories. But with 22 locals represented as semifinalists again this year, the momentum is strong.

The DMV was represented in every category except for Outstanding Baker, which Mark Furstenberg won in 2017, and Outstanding Bar Program, in which Columbia Room has been a contender for the past three years. Ashok Bajaj, who before 2019 had been named a semifinalist in the Outstanding Restaurateur category since 2008, was once again left off the list.

Rooster & Owl, offering one of the city's most affordable tasting menus, and Thamee, D.C.'s only Burmese restaurant, were named as contenders in the highly anticipated "Best New Restaurant" category.

Perhaps the most exciting aspect of the semifinalists is the sheer volume of new names added. Often this announcement can leave us feeling all kinds of deja-vu with the same candidates nominated to the same category year after year (hello Jaleo for Outstanding Restaurant since 2013). But besides best new restaurant, we saw new names this year in the categories of: Outstanding Chef, Outstanding Pastry Chef, Oustanding Wine Program, and multiple new names in the mix for Rising Star Chef and Best Chef: Mid-Atlantic. Ten of the 22

RELATED: The most popular restaurant in America is here in DC

Paola Velez, named a Rising Star Chef semifinalist as the executive pastry chef at Kith & Kin, may feel particular pressure as her boss, Onwuachi, took home the award in that same category.

Anju is racking up acknowledgments this year, as it was named the number one restaurant in D.C. by Washingtonian Magazine a few weeks ago. Now, the Korean restaurant has both its executive chef, Angel Barreto, and co-owner, Danny Lee, nominated for awards in the Rising Star and Best Chef categories.

Take a look below at who the 22 semifinalists are in which categories.

You can see the full list of semifinalists here. Final nominees will be announced March 25 and the winners will be presented at the 2020 James Beard Awards Gala on May 4.

RELATED: You can get green eggs and ham at this all-day egg restaurant