Turtle on the tarmac causes flight delay at Reagan National 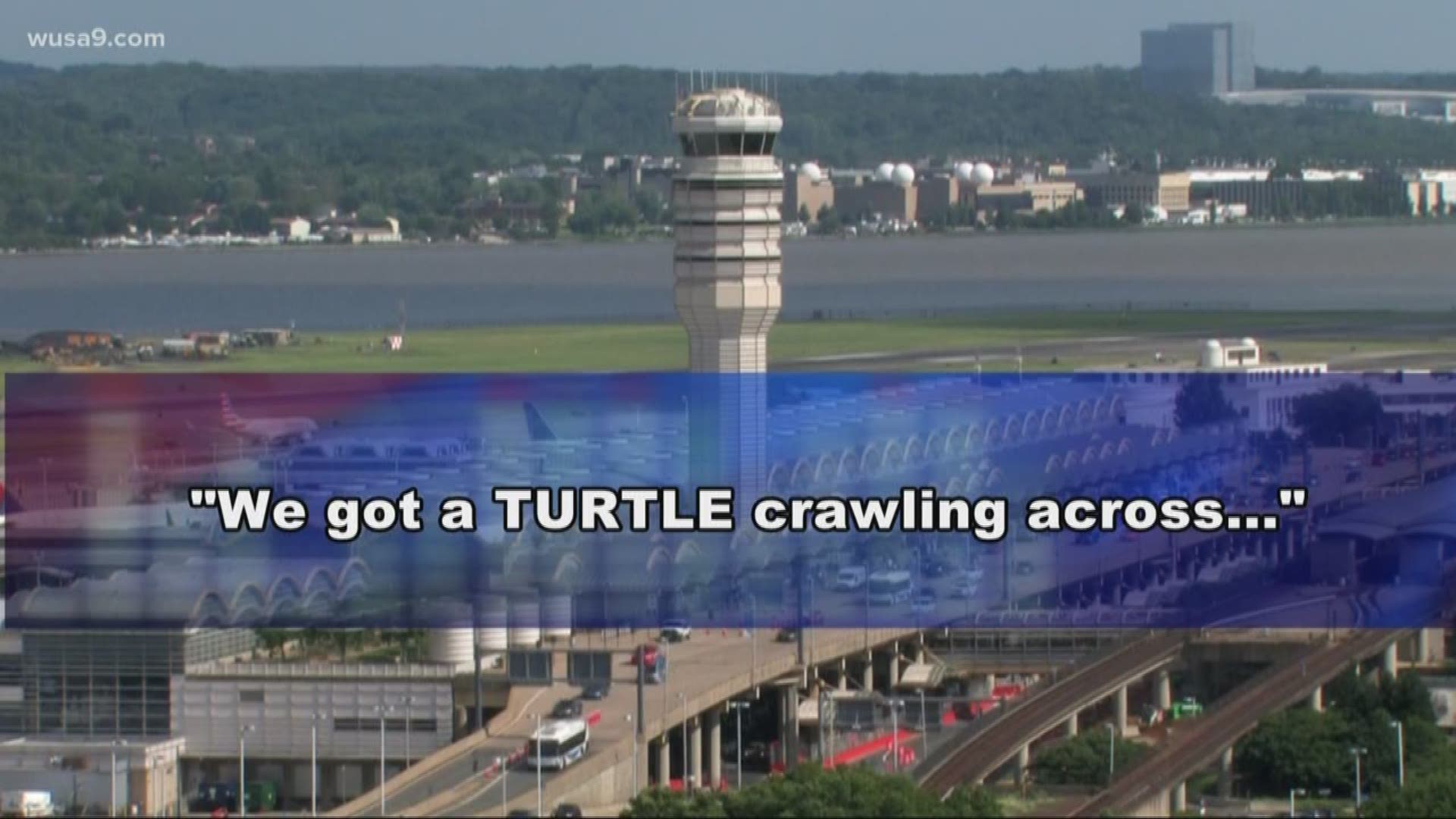 ARLINGTON, Va. - Only in the D.C. area—home of the mighty Maryland Terrapins—would a turtle on the tarmac cause a flight delay.

A turtle was spotted at Reagan National Airport Monday, but it was right in the path of a plane that was about to take off.

WUSA9 got ahold of the audio from the air traffic control tower, so we could hear what happened next. Here’s the transcript:

“We got a turtle crawling across the runway.”

“Is it eastbound or westbound?”

“It’s traveling Southwest.” (WUSA9 note: Hats off to the worker for this pun!)

“Is that turtle still there?”

“It’s still on the pavement, but it’s off to the left side.”

The turtle eventually walked over to the grass and the flight to Chicago took off.

#WorldTurtleDay: 11 things you didn't know about turtles in the DMV

Watch out for turtles crossing the road