The FDA is investigating a possible link between grain-free dog food and dilated cardiomyopathy (DCM), which causes a swollen heart with thin walls unable to push blood effectively. 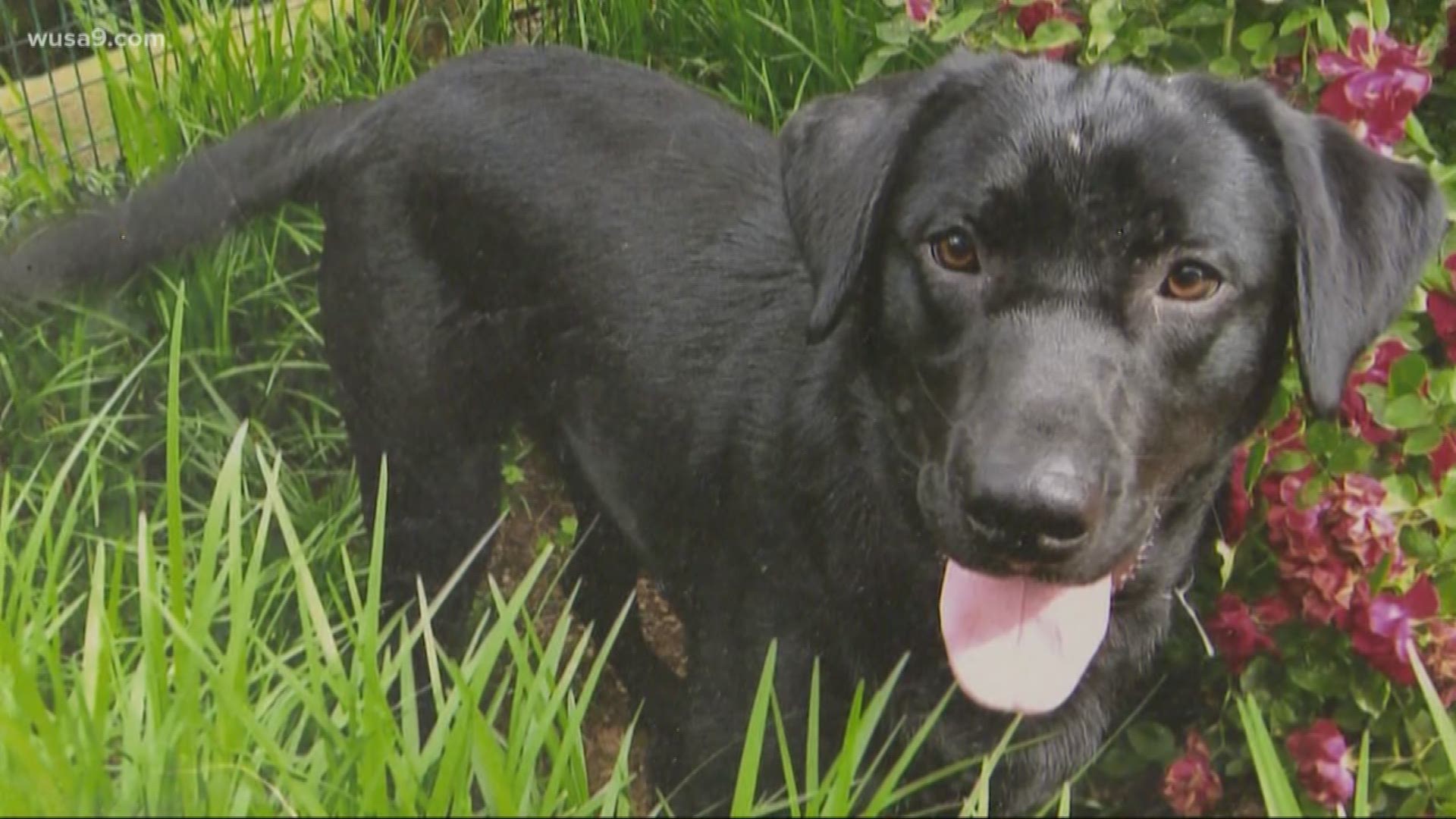 WASHINGTON -- It’s touted as a healthier dog food that could give your pet a glossier coat and more energy, but as grain-free dog food takes up more space on the store shelves, veterinarians are sounding the alarm. Experts worry the trend could be leading to health problems in dogs.

Video from this past summer shows 3-year-old Macky, a black Labrador, splashing and trotting through a creek. Watching Macky full of energy, Farren couldn’t fathom days filled with fetch and nights cuddling while watching baseball would soon end. 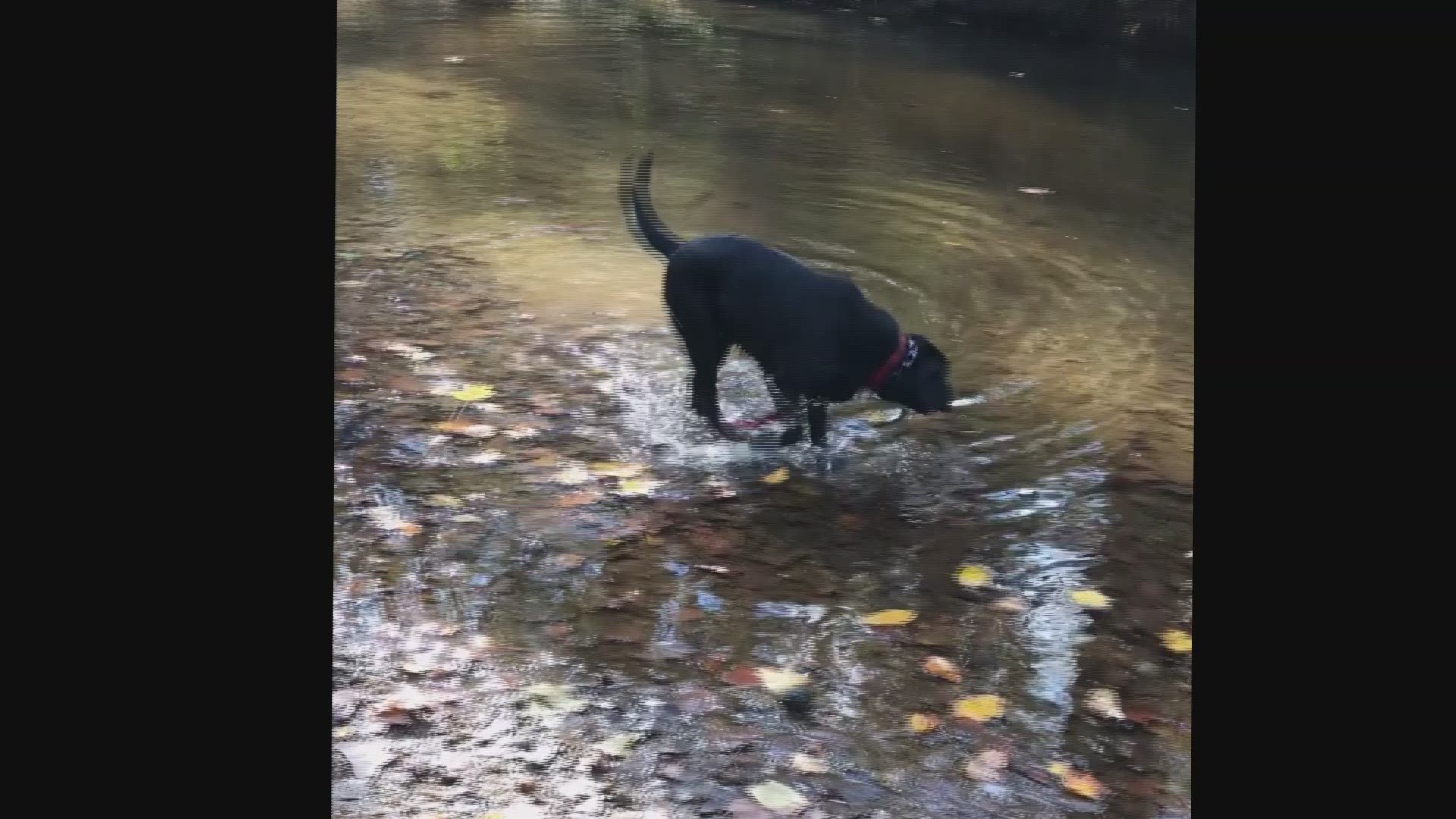 “I didn't know how bad it was, I just thought we would go and he would need some medication, but I got a diagnosis that rocked my world,” Farren said.

One Wednesday evening in September, Macky refused his food and looked lethargic. By Thursday morning, he refused to eat again.

“That was the only warning sign was he was a little sluggish and he wasn't eating his food,” Farren said.

“He looked great! He was just standing there wagging his tail like happy as can be. I'm kind of like ‘Wow, what's going on,’” she said. “And then I go to listen to his heart and I'm like ‘Oh my gosh, we have a huge problem here.’” 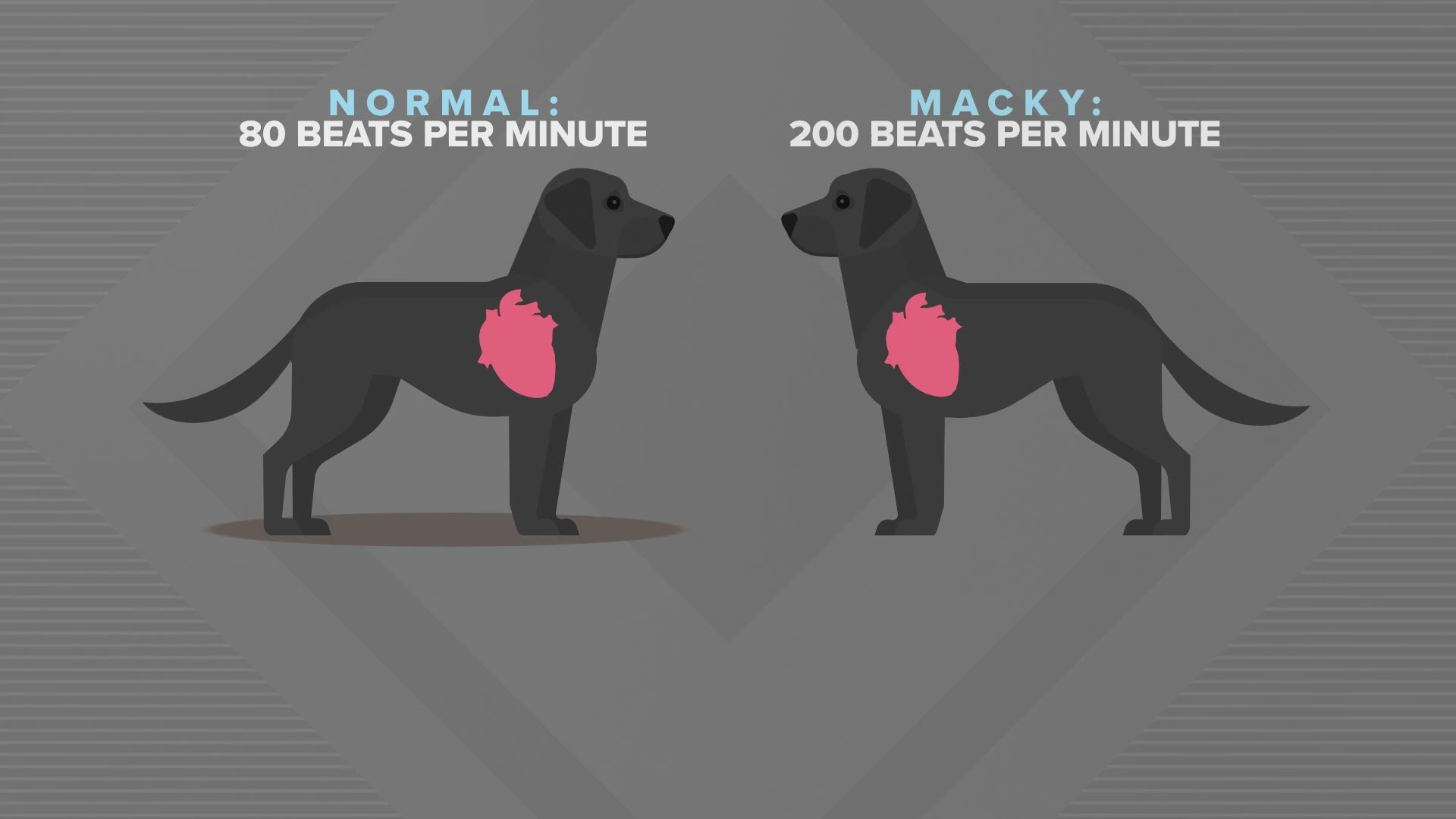 Quick tests confirmed Dr. Giebel's fears. An electrocardiogram, or ECG, test showed Macky’s heart rate was pumping with an erratic flutter, rather than with a strong, even pace.

X-ray images showed Macky's heart was dramatically enlarged and shaped more like an apple than a heart. 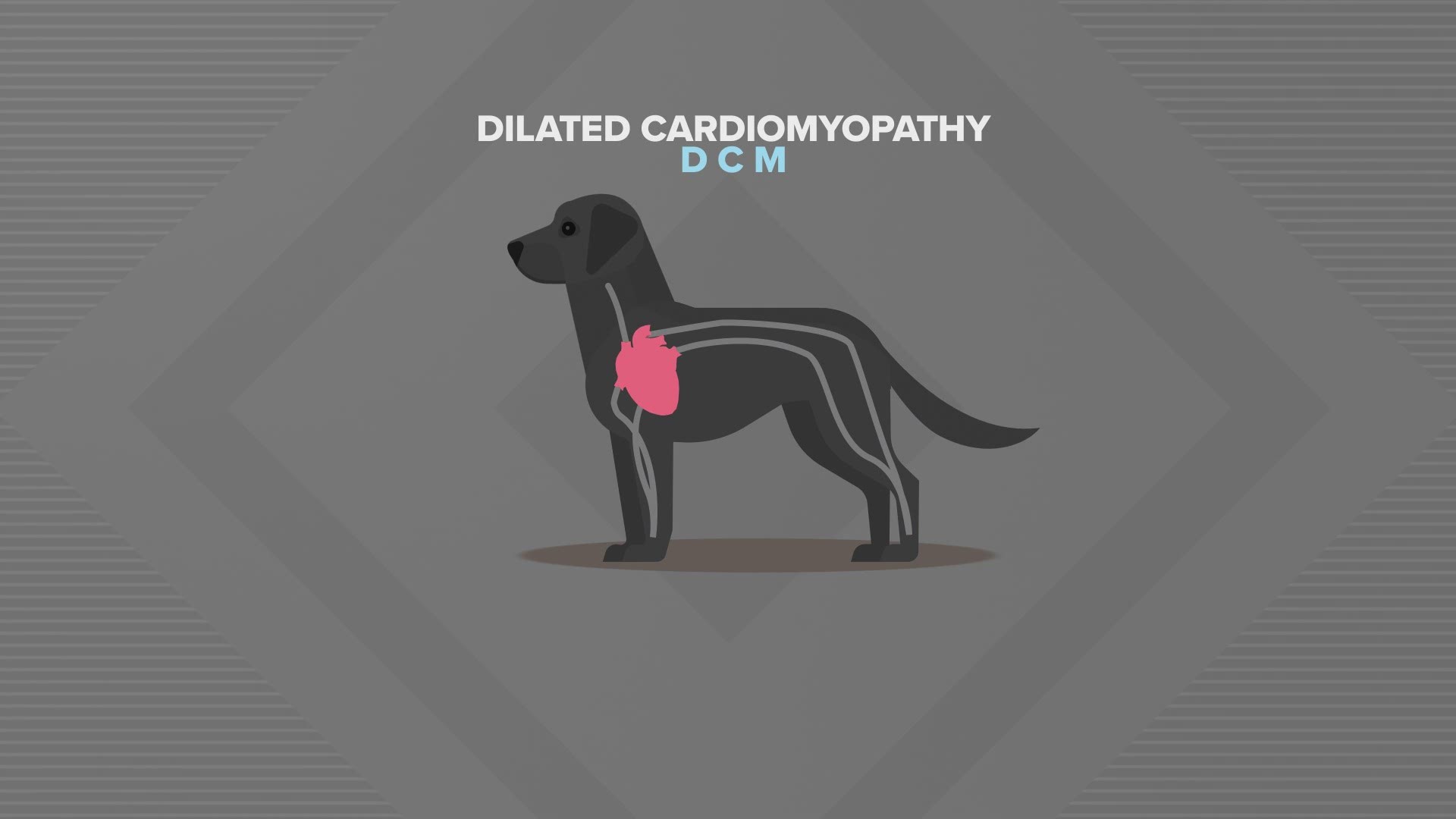 “He was absolutely the love of my life and I know if you're not a dog person, you don't get it,” Farren said. “But, he was truly one of a kind.”

Farren fed Macky grain-free dog food for two and a half years before his death thinking it was healthier than regular dog food. But, Dr. Jacob told WUSA9 she worries what Farren put into Macky’s bowl eventually lead to his death.

“I am very concerned and highly suspicious that the grain-free diet caused or contributed to his dilated cardiomyopathy,” Dr. Jacob said.

Dr. Giebel pointed out in seven years of veterinary practice, she had never seen DCM in Labradors. According to the Food and Drug Administration (FDA), Labradors are not usually at risk for the condition.

Dr. Giebel’s experience is not unique. Around the country, veterinarians are reporting DCM in breeds not usually at risk.

Now, the FDA is investigating a possible link between grain-free dog food and DCM.

So far, the agency has received more than 100 reports of DCM in dogs, telling WUSA9 "Most of these cases report feeding a diet labeled as grain-free."

The agency has not figured out the connection yet because grain-free dog food varies from product to product. Sometimes the ingredients list exotic proteins like kangaroo or lamb, or have high concentrations of potatoes and peas.

So, is it the lack of a certain ingredients, or the addition of another? The agency doesn't know.

Meanwhile, some manufacturers and stores are advertising the benefits, with phrases like "an excellent energy source,” or “The balanced diet that nature intended,” or “Food that follows nature’s lead.”

The companies behind these claims said they work to ensure their food is safe and note that no one has issued a recall of grain-free dog food.

“There's no scientific research that I know of or that's been reported from the nutritionists on this issue that there's any need for dogs to be on grain-free,” Dr. Giebel said.

Back at Quince Orchard Veterinary Hospital, Farren introduced us to another dog, owned by Farren’s mom.

“She does have signs of early dilated cardiomyopathy,” said Dr. Giebel.

As a precaution, Dr. Giebel is advising pet owners to take their dogs off grain-free diets.

While Farren mourns her loss, she's sharing her story to hopefully save other dogs.

“There needs to be a warning label,” Farren said.

The FDA wants to hear from any pet owners who worry their pet may have developed DCM resulting from their diet. Click here to file an FDA report.