Rev. Mark White and his supporters are coming to D.C. to appeal to the Pope's representative for help. 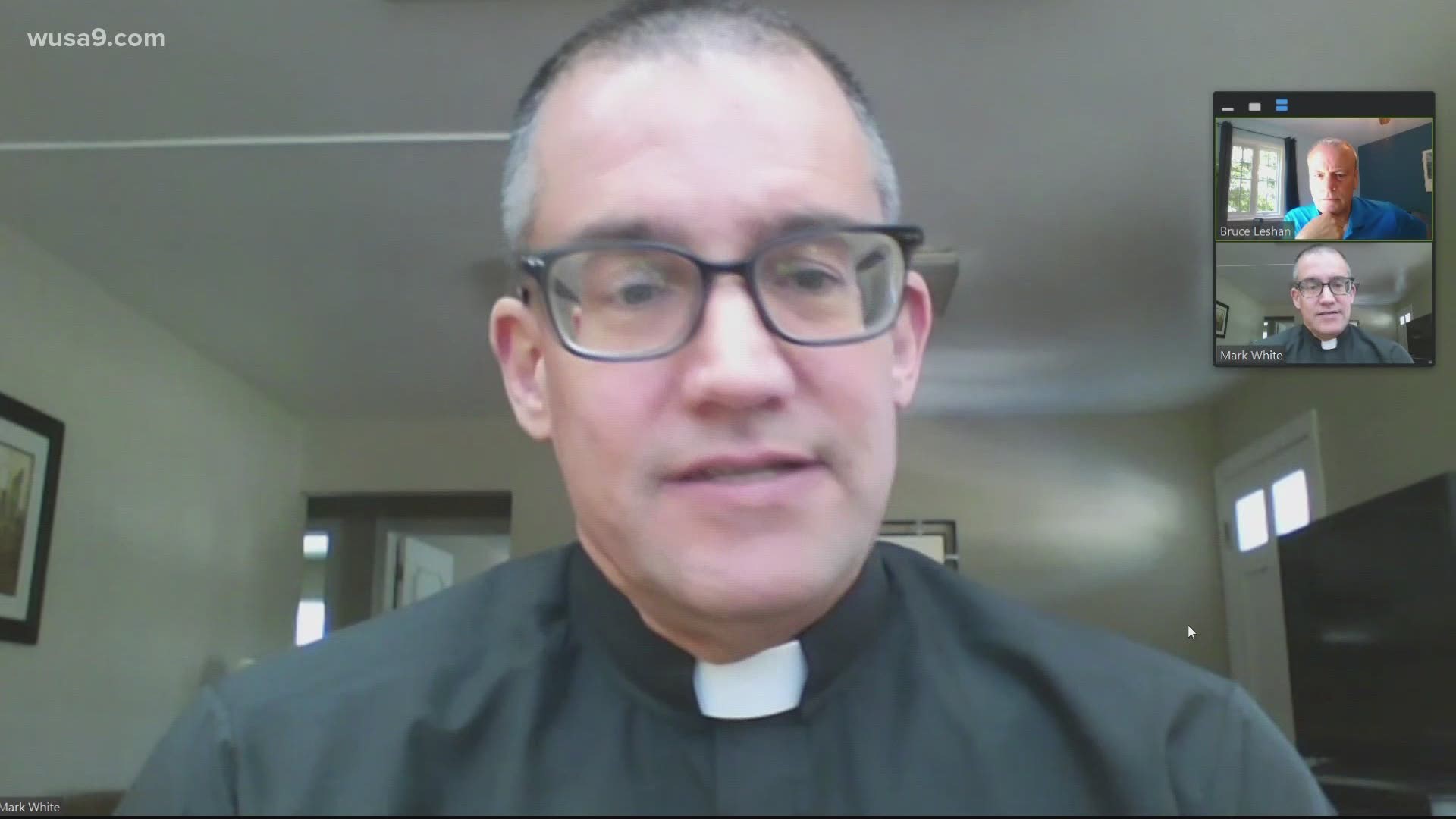 WASHINGTON — A Catholic priest in southwest Virginia is refusing to be silenced.

Father Mark White said his bishop has ordered him to stop writing about clergy child sexual abuse and the actions of Catholic leaders.

The Bishop of Richmond, Barry Knestout, has relieved White of his priestly duties, kicked him out of his parish house, and threatened to have him defrocked, White said.

But Rev. White and his supporters are coming to Washington Friday to appeal to the Vatican Embassy for support.

"As of this writing, this is not just about Fr. Mark’s blog," Deborah Cox, a spokeswoman for the Richmond Diocese, said. "Fr. Mark continues to refuse to accept the assignment and the new job he has been given."

In a letter published in the Martinsville Bulletin in March, Bishop Knestout wrote: "Numerous efforts urging Father White to refrain from inflammatory comments or 'posting' on his blog have resulted in his attempt to publicly ridicule or embarrass his bishop."

The bishop has reassigned White to work in Virginia prisons, but White has yet to accept that reassignment from the parishes of St. Joseph in Martinsville and St. Francis of Assisi in Rocky Mount.

White was ordained in 2003 by former Washington Archbishop Theodore McCarrick. He said his faith was shaken in 2018 when McCarrick was accused by multiple boys and seminarians of child sexual abuse.

"The danger that he posed to young people, to teenagers and young men, had become pretty obvious by the 80s," White said. "And instead of taking action, the whole thing was covered up, over and over again."

Father White blogged and spoke to parishioners about the crisis.

"I felt like if I can express myself in this way, then I can keep going," he said.

Bishop Knestout asked him to stop blogging and he did for a few months. But White said he felt like it was a critical way to connect with his parishioners after the pandemic hit.

When White began blogging again, the priest said the bishop had the locks changed on the parish house in Southwest Virginia and threatened to have the priest defrocked if he continued.

"For me to submit totally and just completely shut up, I couldn't continue as a priest under those circumstances anyway," White said.

On Friday, White and dozens of supporters plan to come to Washington to appeal to the pope's personal representative in the U.S.

"It's bizarre that our Bishop is the only one of a handful apparently that doesn't understand the seriousness of the sex abuse scandal in the church," Art Donaldson, a lifelong Catholic and retired FBI agent, said.

"I'm a history teacher, and that's why we teach kids history, so we don't repeat the mistakes of the past," Kaitlyn Long, a parishioner, said.

Bishop Knestout wrote that White, "has worked against the unity of the Church, promoted disrespect for the Holy Father, the Church hierarchy, (and) his bishop..."

What will White do if the bishop tries to have him defrocked?

The priest said if the pope's representative won't see him, he and his supporters will pray outside the Vatican Embassy on Massachusetts Avenue. Then he'll make plans to travel to Rome, to see if someone there will support him.