'Thank you Dr. Fauci!' signs removed from the doctor's neighborhood 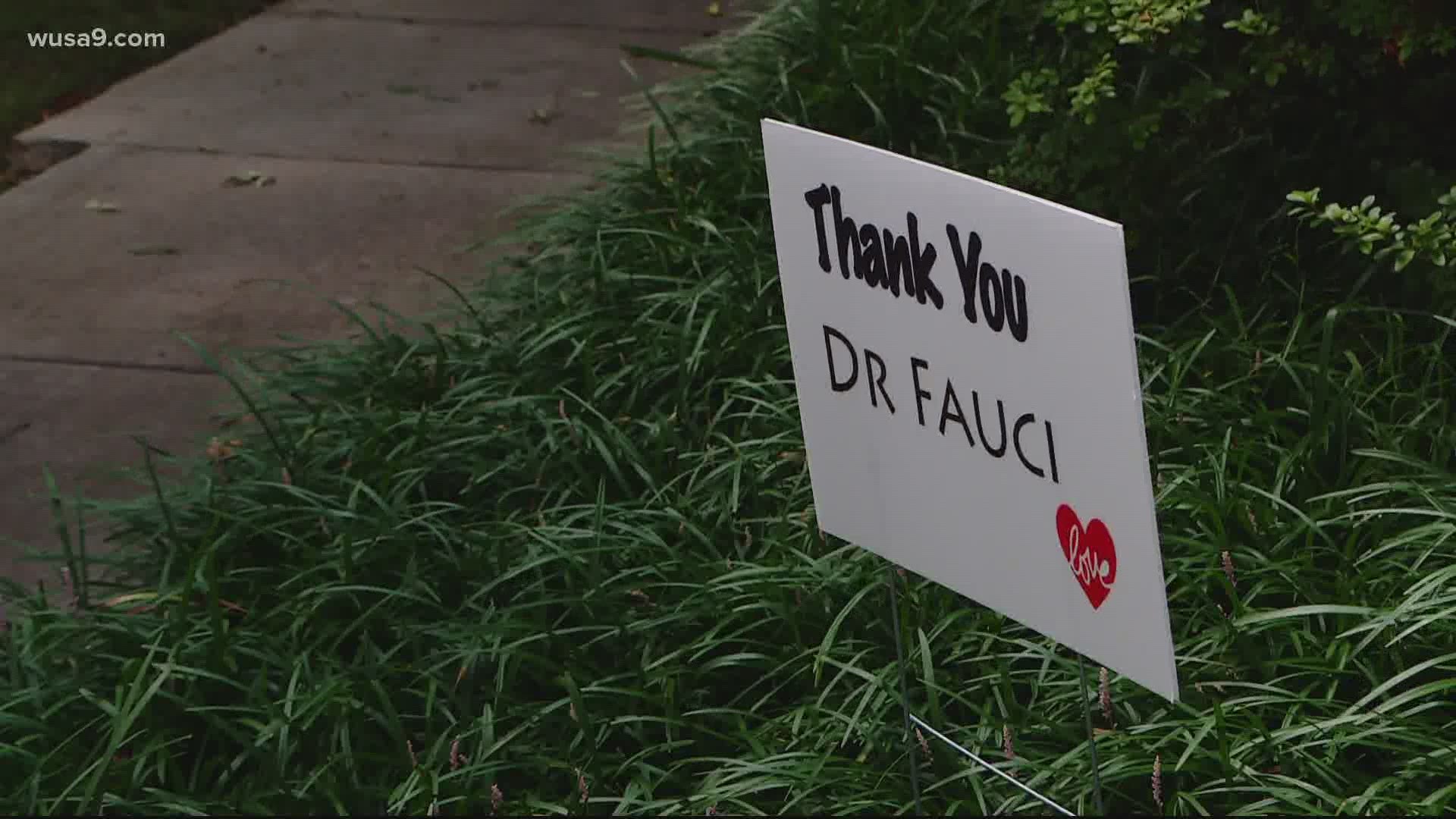 So when someone saw a city crew removing, 'Thank You Dr. Fauci!' signs, allegedly right out of people's yards, the neighborhood listserv blew up, and people started calling the city demanding answers.

"We had a 'Thank you Dr. Fauci' sign there, and there was another over there," neighborhood dog walker Allen Chester said, pointing to a couple of houses at the corner of 45th and Garfield, NW. "They're gone. Somebody took them."

In the leafy Wesley Heights neighborhood where Fauci and his wife stroll -- when he's not busy trying to save the world from coronavirus -- the big question is, why would a city crew take the signs?

"We're thrilled with him. We want to support him," Ida Bergstrom, who coordinated the effort to put up the Fauci signs with her two boys, said.

Some of the now missing signs were for Fauci, others were for Black Lives Matter, and some may have been political signs.

"I think it's really strange. I'm assuming there's some type of explanation. I don't think it's nefarious," Bergstrom, a doctor who has met Fauci herself and has spent the last few months administering coronavirus tests, said.

Mike Sicoli said it was raining, and he was walking two big dogs, when he noticed the city crew pulling out the signs; he was unable to get a picture. But he said he saw them walk right across the easement and into someone's yard and pull one out, and then throw it into a truck that was full of signs. 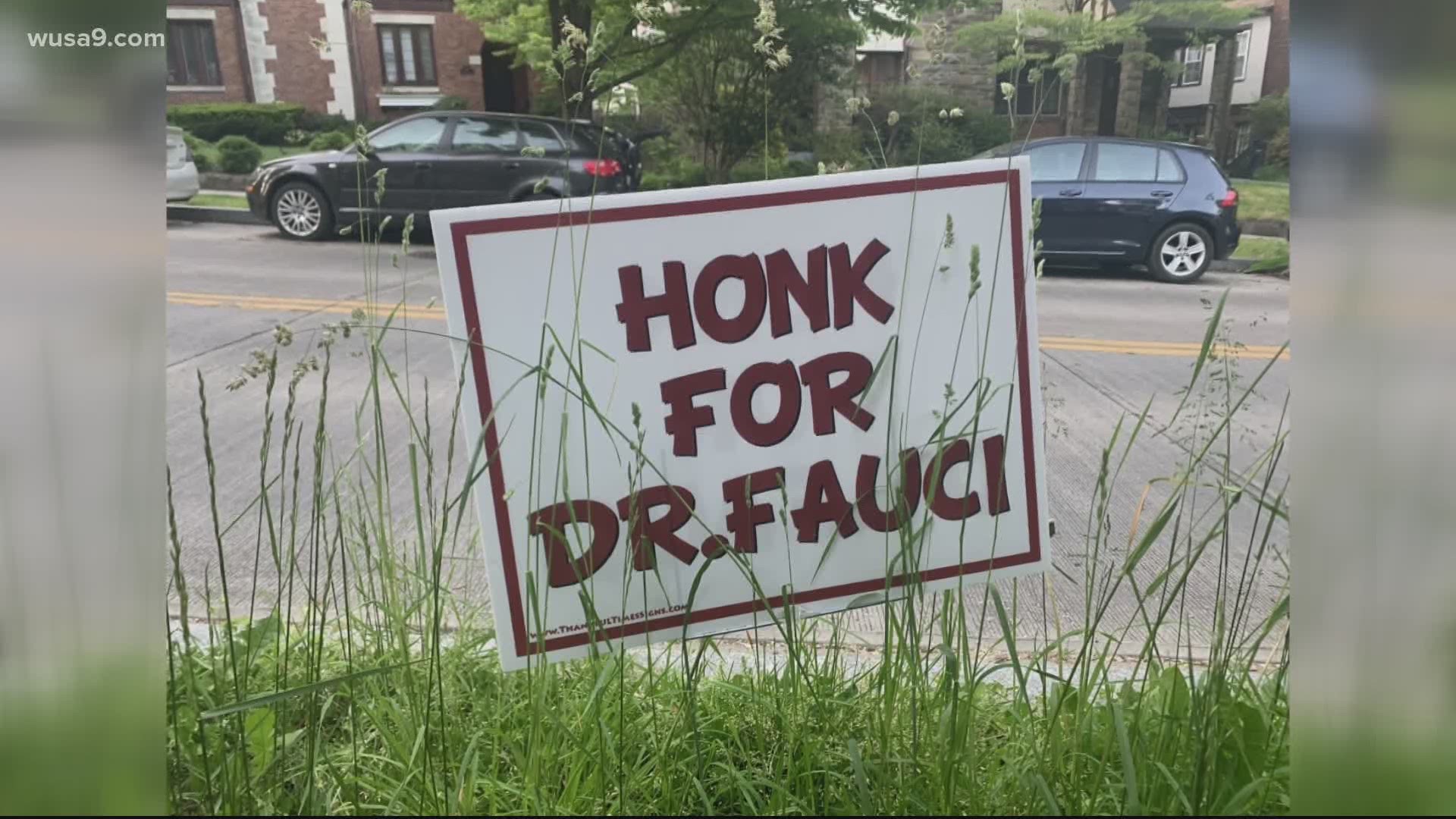 His wife posted to NextDoor, and the comments blew up.

"Unbelievable," Jennifer Browning said. "Please make sure your Fauci signs, and other signs are on your property, not by the curb."

It's not always clear where private property ends and the city's property begins.

"All the ones we've placed have definitely been on private property," Bergstrom said.

Reggie Sanders, a spokesman for the District Department of Public Works gave this statement:

"We received a request from a citizen asking DPW to look into the removal of signs in the Wesley Heights community. DPW investigated and our crews removed ONE SIGN affixed to a pole at the intersection of Foxhall Road and Whitehaven Pkwy NW. DPW notes that signs may be removed from public spaces, such as the tree box areas between the sidewalk and the street, triangle, and other parks, and median strips, if they are inappropriately placed within the public space. The sign that was removed fits the category of being inappropriately placed within the public space and was thus removed."

The intersection Sanders is referencing is several blocks from where Sicoli said he saw workers go into someone's yard.