'This is my home' | Ahead of DACA arguments, 'Dreamers' camp out near the Supreme Court 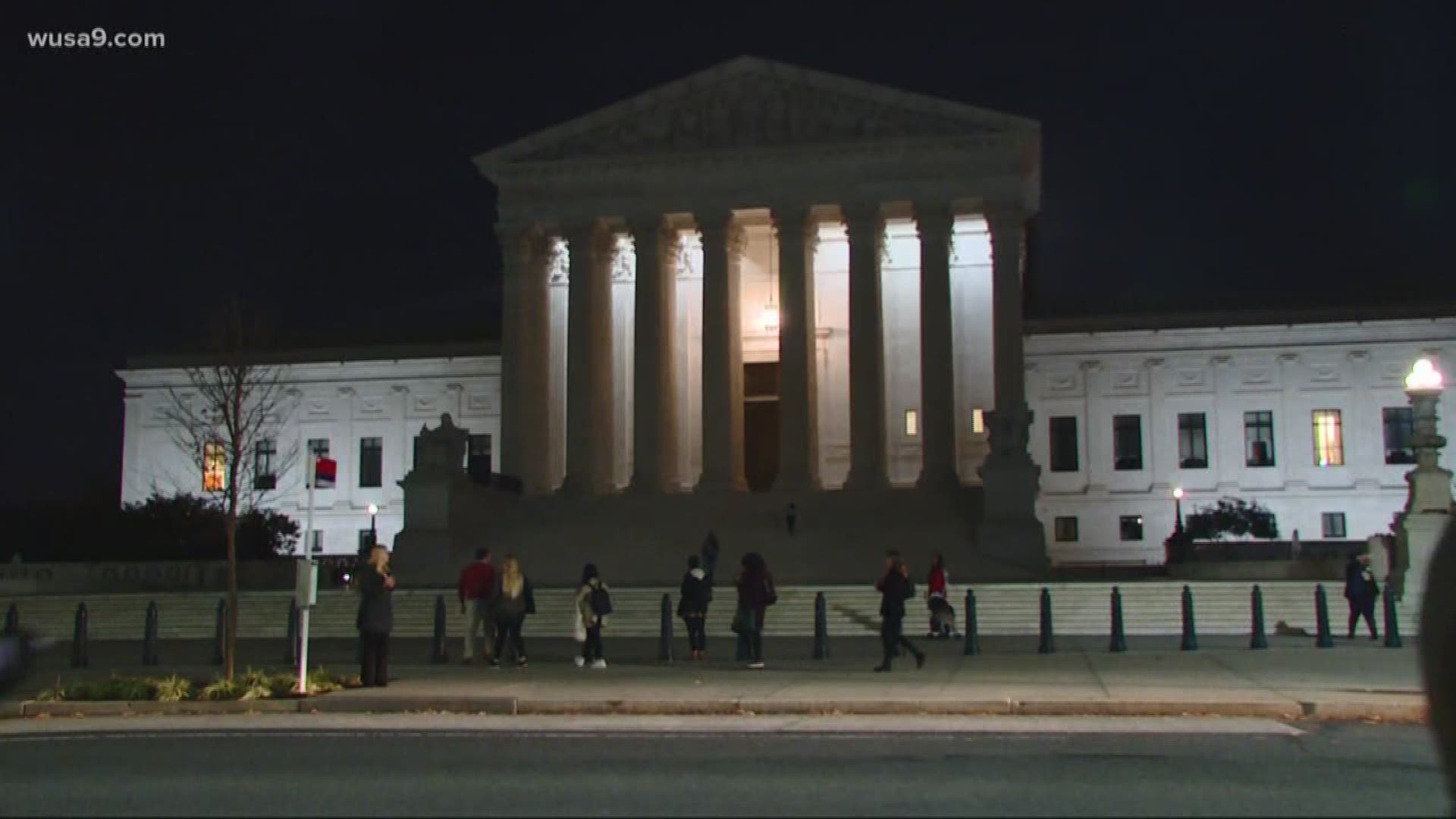 WASHINGTON — Monday night, many young undocumented immigrants, also known as "Dreamers," were already camping out in front of the Supreme Court ahead of Tuesday’s DACA arguments.

Deferred Action for Childhood Arrivals (DACA) is the Obama-era policy put in place to provide protections for young immigrants brought to the United States illegally by their parents. More than 700,000 "Dreamers" are shielded from deportation. They receive social security numbers, funding for college, work permits and other benefits.

The Trump administration decided to start phasing out the program in 2017. President Trump called it unlawful because it was put in place under executive order by President Obama.

Many lower courts disagreed, and several nationwide injunctions are in place to keep the program alive.

It’s now in the hands of the Supreme Court to decide.

"My mother brought us to the country for a better life," Juan Hinojos, a 21-year-old who has been in the U.S. since he was two, said. "She was fleeing an abusive relationship."

Hinojos was born in Mexico, and is now a senior, majoring in political science at Arizona State University. He also interns on Capitol Hill. This was all made possible by DACA, and he worries that a ruling by the justices could open the door for deportation.

"My entire life is based around this country," Hinojos said.

A D.C. woman is also worried about the outcome. Rosa Barrientos said she recalls life before DACA. Her family crossed the border with Mexico when she was four. She's now 25.

"Everybody always asked, why can’t you get your driver’s license?" Barrientos said. "I would tell them, 'I don’t want to learn how to drive.' The reality was, I was undocumented."

A ruling is not expected until the summer of 2020, months before election day.

RELATED: For 30-somethings, stakes are high over future of DACA