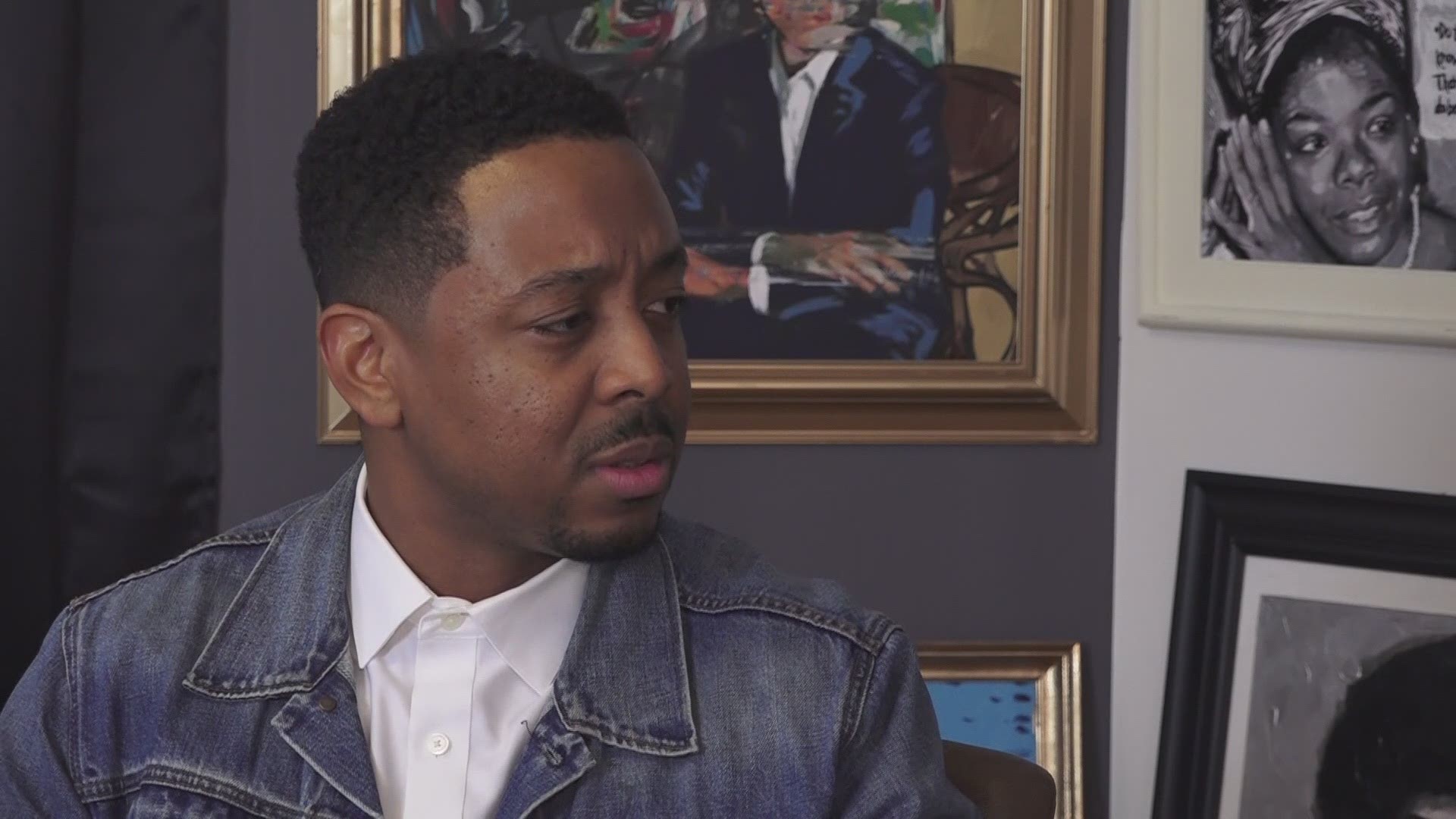 HYATTSVILLE, Md. — Robert ‘Rohaun’ Stephenson, a visual storyteller, has created an art series called ‘Portraits for the Culture’ out of his quest for self-discovery as an African-American.

"I didn’t feel a part of this culture," Rohaun said. “I think that had to do with the fact that I was missing some -- there were some gaps in my understanding of what black culture was."

He said his knowledge and connection to American black culture lacked depth and understanding, and his family was unable to provide information about his ancestors’ history.

Rohaun began asking his friends to share stories about their families as a way for him to begin creating a better and deeper understanding of black culture.

"That’s why this project started because it was, one, as an artist art is always used as a tool of legacy," he explained. "So, I decided to use that same concept to create these portraits for individuals in exchange for their stories."

Rohaun used the stories of everyday people to not only understand what black culture is but to also learn more about the different types of people who make up black culture.

Those stories archive the positive experiences and challenges people have faced throughout their lives.

RELATED: For the Culture: A year of African-American stories in the DC area

In exchange for people sharing their stories on camera, Rohaun gifted them their portraits free of charge.

"I gave them the portraits because what I wanted to happen was for them to hang those portraits and for them to then be able to pass them down to their children and create a legacy," he said.

As a part of the series, the artist also paints portraits of celebrities because they shine a light on a different aspect of black culture.

"The Barack Obama’s, the Maya Angelou’s, the Toni Morrison‘s, the Marcus Garvey’s, the Hewitt P. Newman‘s, the Angela Davis’, the Muhammad Ali‘s -- all of these people are setting precedents and sacrifice that the rest of us are lucky enough to have to follow," Rohaun said.

RELATED: This woman lost her job. So, she turned her apartment into an art studio #ForTheCulture

Rohaun said he is working to push African-American culture forward by creating a platform for people to tell black stories, showcase themselves to the world, and to allow others to see how beautiful they are.

He hopes the series will serve as a source of inspiration for future generations and allow the black community to control its own narrative and stories within mainstream media.