Planet Word has some of the nation's best restrooms. Here's why. 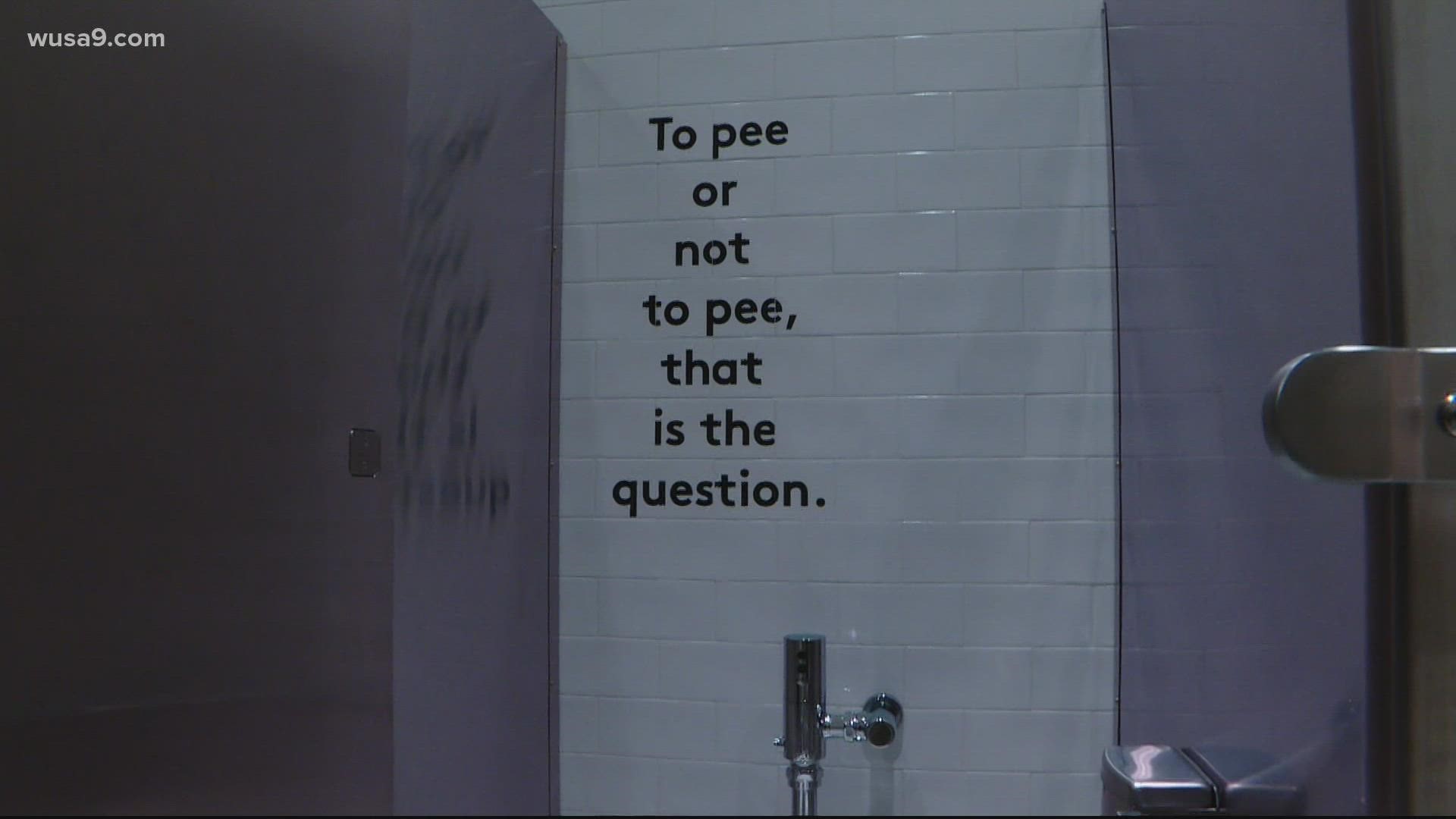 WASHINGTON — A local D.C. space is getting accolades for having among the best bathrooms in the country.

The city's new Planet Word museum is being lauded for its lavatories.

As a reporter in the field, I can spend hours looking for a decent restroom. I even keep a list of bathroom door codes on my phone. So I've got to admit, the bathrooms at Planet Word are pretty nice.

"Planet Word is flush with bathroom humor," said founder Ann Friedman, reading a slogan from one of the walls.

She has a bit of a potty mouth. "Here's our take on Shakespeare. 'Farting is such sweet sorrow,'" she said, opening a stall and revealing the slogan painted behind a porcelain throne.

The toilets on the second floor of her downtown museum are ripe with ribald literary references. "To pee or not to pee, that is the question," is emblazoned in another stall. Then there's "If at first you don't succeed, flush, flush again." and "I stink, therefore I am."

Cintas, the cleaning product and services company, selected ten places around the country for the cleanest, most innovative commodes...

And Planet Word was among the nominees.

The museum has five floors, with restrooms on each, each with its own theme.

"Here we have euphemisms for number one and number two,"  she said on the main floor. They include: "Take a whiz"...and others maybe we shouldn't mention.

Even Friedman’s a little embarrassed by some of the bathroom humor. Although when she was looking for donors, the phrase, "Take the Browns to the Super Bowl," may have helped her close the deal with a guy from Ohio.

"I'm going to get in a lot of trouble for using this language in my family," she said, laughing a little nervously.

On the main floor, there are words for toilets in different languages. On the third... you can learn how to ask, ‘Where’s the John?’ in Swahili and a half dozen other languages.

The latrines aren't luxurious, but they are educational. "Even when you come into a restroom, we want you to learn something," said Friedman.

Disappointingly, the award for best bathroom in the nation didn't go to Planet Word. That honor went to Two Cities Pizza in Cincinnati. Its restrooms look like a subway platform.