Jessica Monfared, a special education teacher in Rockville, couldn't get her husband into the country for more than 18 months because of Trump's entry ban. 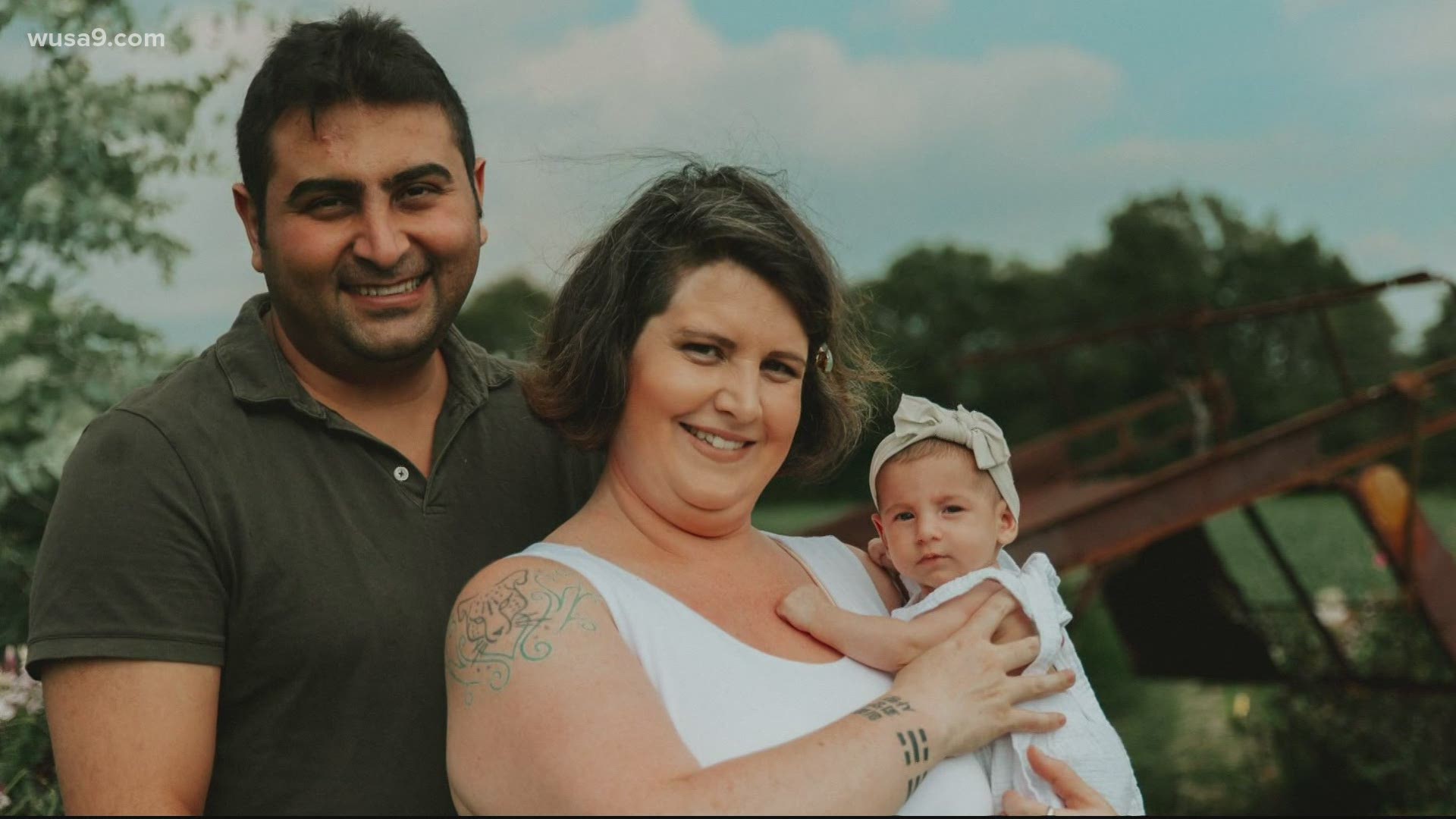 Jessica Monfared struggled for more than 18 months to get her husband, Puya, into the country because of a ban on travel from mostly Muslim countries. He finally got a waiver just before the birth of their daughter, Stella.

"This is Stella and she’s our hope for the future," Jessica said. "She is eight months old today."

She said she was overjoyed to be celebrating her daughter's birthday on the first full day of the Biden administration, with her daughter in her arms, and her husband at her side.

"I was crying for a time," Puya Monfared said of the moment President Biden signed the executive order. "I’m very happy for the families that want to join without any discrimination, [just)] ove."

WUSA9 first talked to the Rockville special education teacher in 2019.

"Hi. My name is Jessica Monfared, and I married my Iranian husband this past March," Jessoca said in a video that was part of a campaign called #StopTheBan.

The couple had married in Europe, but because he’s Iranian, the Trump administration ban barred him -- and more than 42,000 other people from mostly Muslim countries -- from entering the U.S.

"As an American, I believe it's my right to have my husband here by my side," Jessica said in the video.

Jessica teaches U.S. Government and U.S. History to students on the autism spectrum at Ivymount School in Rockville. Puya is a PhD software engineer.

Despite massive protests at airports at the start of Trump's presidency, much of the travel ban held until President Biden revoked it on Wednesday.

"I can’t talk about my feelings," Puya said. "It’s an amazing time."

He finally got a visa just before Thanksgiving, and Jessica said he raced to fly to her side the next day.

Now they’re planning to buy a home, have more children, and get Puya citizenship.

The last time the State Department looked at the numbers, it estimated the travel ban had separated more than 5,000  parents from their children, and nearly 4,000 spouses from each other.

Even with President Biden’s order, experts said it could take a long time to process that many visas, and COVID could keep these families apart even longer.

The White House said instead of a ban, it will boost information sharing with foreign governments, and take other measures to increase security.