The friends are now known as the guardians of the Black Lives Matter Plaza memorials, watching for far-right vandals who ebb and flow with pro-Trump demonstrations. 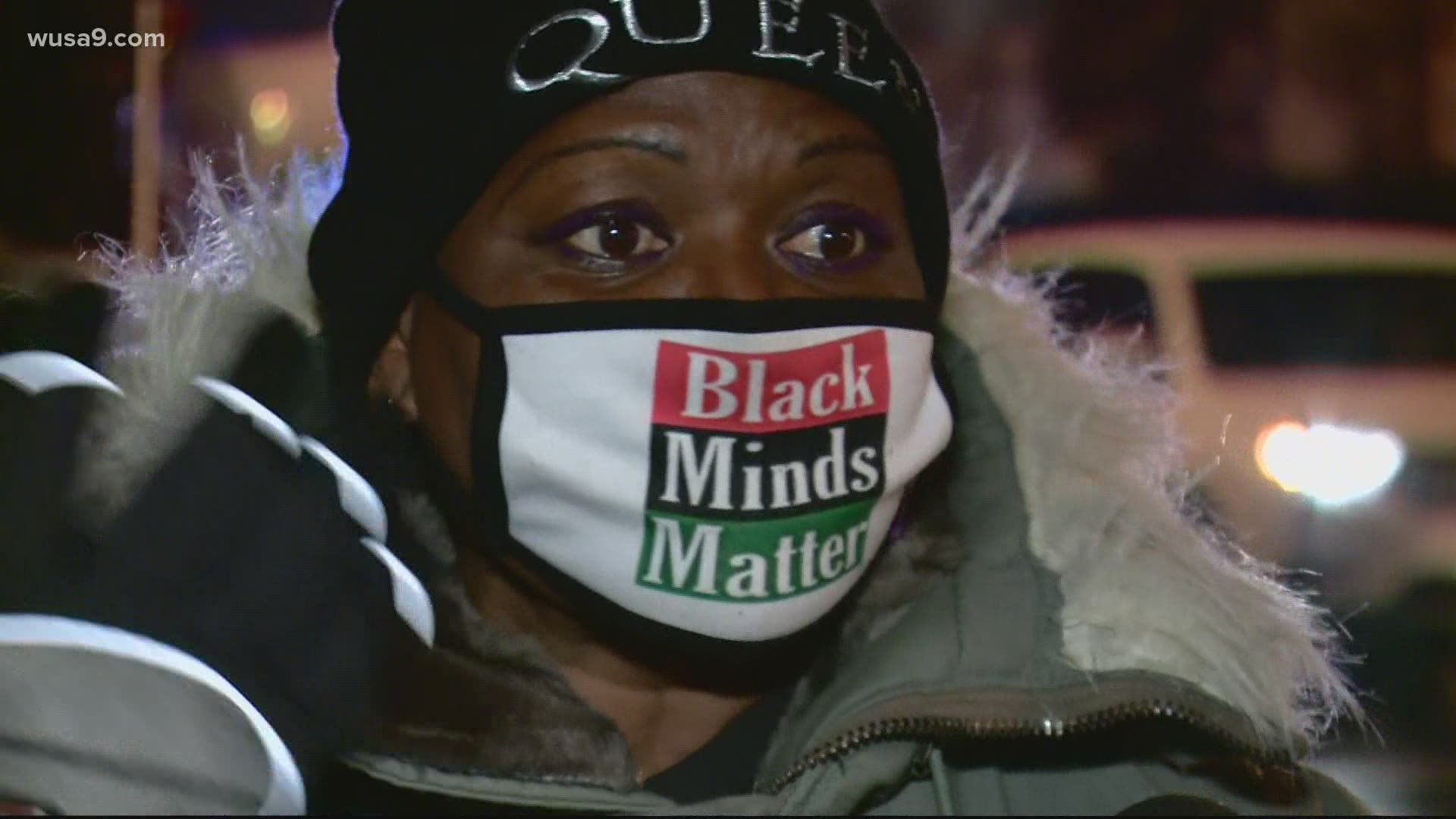 WASHINGTON — Through freezing rain in the shadow of the White House, Nadine Seiler and Karen Irwin sleep under the cover of a solitary tent, protecting thousands of photos, signs, and mementos marking the focal point of a fortress fence.

The two friends, Seiler from Waldorf, Md. and Irwin from Hell’s Kitchen, N.Y., are now known as the guardians of the Black Lives Matter Plaza memorials, watching for far-right vandals who ebb and flow with pro-Trump demonstrations.

Following President Donald J. Trump’s election loss in November, protesters in a prelude to the “Million MAGA March” tore down images of Black men and women killed by police brutality, stripping pictures and mementos from the White House fence.

The acts of vandalism repeated in December, with images of African queens defaced, and Black Lives Matter banners burned in a brazen homage to the Ku Klux Klan.

On New Year’s Day, both Seiler and Irwin girded themselves for the arrival of more protesters, Trump supporters answering the president’s clarion call for a January 6 Washington rally. The event will coincide with Congress certifying President-elect Joseph R. Biden Jr.'s Electoral College victory.

MAGA March Latest >> This is McPherson Square, close to the White House... Trump supporters are chanting “Whose streets, our streets,” as Antifa protesters are on the other side of the square, moving closer@WUSA9 @CBSNews #MarchForTrump pic.twitter.com/fTmgNhFzNc

“I have made a decision that I am not going to let them come into D.C. and let them intimidate me,” Seiler said. “I last saw them here in December with garbage bags, calling what we have here, ‘just garbage,’ and intent on taking it all down.”

Irwin described the difficulty of sleeping on cold pavement night after night – her vigil with Seiler lasting until the security fence comes down, and the Biden administration enters the People’s House.

Strangers have delivered money to sustain their efforts, even in the cold and melancholy New Year’s rain. A man recently donated glowing, heated gloves, and a GoFundMe site to buy supplies for the pair is slowly picking up steam.

“Those acts are so helpful, but I think also it’s inspirational,” Irwin said. “And it’s keeping us emotionally motivated. I think sometimes, that's the hardest part.”