'Tantamount: The Pursuit of the Freeway Phantom Serial Killer' has new clues in the search for a man who killed 6 young, black women in 1971 and 1972. 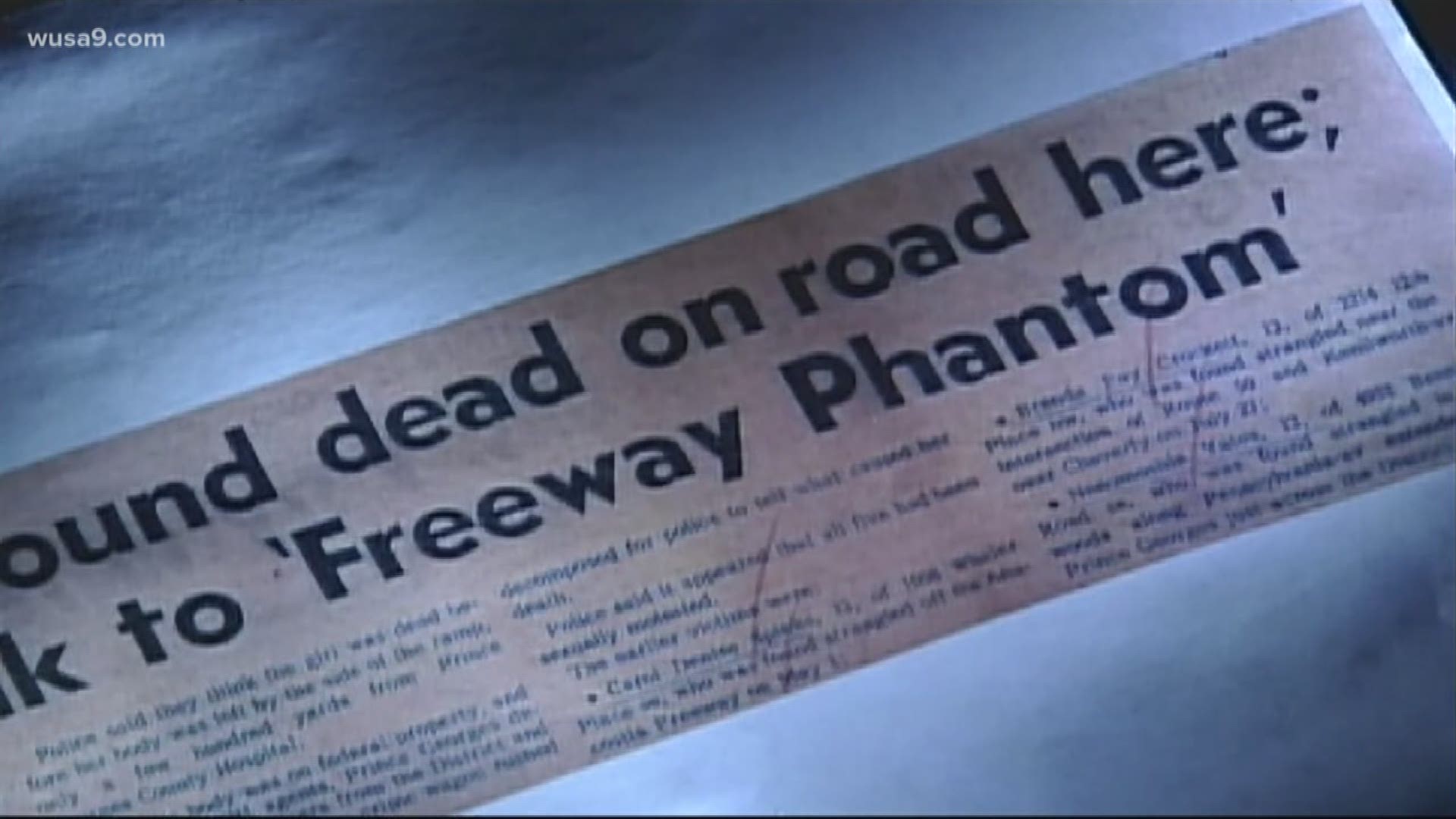 WASHINGTON — Nearly a half a century ago, a serial killer prowled the streets of D.C. and Prince George's County.

Police say he abducted and murdered at least six young black girls and dumped their bodies on the side of the road. The media dubbed him the Freeway Phantom.

And he’s never been caught.

The best-selling authors of the new book “Tantamount” are hoping to finally solve the case.

"We definitely think it can be solved. Somebody knows something," Victoria Hester, who spent two years researching the case with her father Blaine Pardoe, said.

They are convinced someone could still find a key piece of evidence that will lead police to the killer.

On April 25, 1971, Carol Spinks, 13, went out to buy groceries. Six days later, police found her body dumped along I-295 -- barefoot – and she’d been sexually assaulted and strangled.

Her sister Evander still talks to her every day.

Two officers in a patrol car drove by, didn’t see anything, and called the dispatcher and said, "10-8, we didn’t find anything," according to Pardoe.

A year later, investigators said the phantom went back to Southeast for 17-year-old Diane Williams, whose sister became a D.C. police lieutenant.

Investigators found a note in Brenda Woodward’s pocket taunting them: "This is tantamount to my insensitivity to people, especially women. I will admit the others when you catch me, if you can!"

"Most of these girls were running errands for their parents, innocently playing outside, innocently walking to the store, and they’re just gone," Hester said.

The authors say that the killer bathed his victims before disposing of their bodies.

Police found green rayon fibers on the girls that they suspected came from a bath rug or other carpet.

The geographic epicenter of the crimes -- the anchor point of the where the victims lived, where they were abducted, and where their bodies were found -- was St. Elizabeth’s mental hospital.

"He had to know this neighborhood," Hester said. "He had to. He really did."

The authors name a number of possible suspects, but they think the most likely was a former patient here, a convicted killer named Robert Askins.

"Robert Askins spent time here in St. Elizabeth’s," Pardoe said. "He had a problem with women that went back to the 1930s. He tried to kill women, and successfully killed women."

Police could never gather enough evidence to charge Askins, and he died in prison a few years ago.

But after nearly five decades, Evander Spinks still hopes to tell her sister one more thing.

"That we know who it is," Evander said.

But in D.C., spokeswoman Alaina Gertz said the cases were purged by the Metropolitan Police Department years ago and are no longer active investigations.

Retired investigators say much of the evidence has been lost or misfiled, and it’s not clear if there’s enough left to recover the killer’s DNA.

RELATED: Decades after her daughter's death, a mother gets answers

RELATED: FBI confirms Samuel Little is most prolific serial killer in US history