President Trump is threatening to veto the defense bill. Here's what that means

Here's a look at what the defense bill is, and how a showdown with Congress could play out. 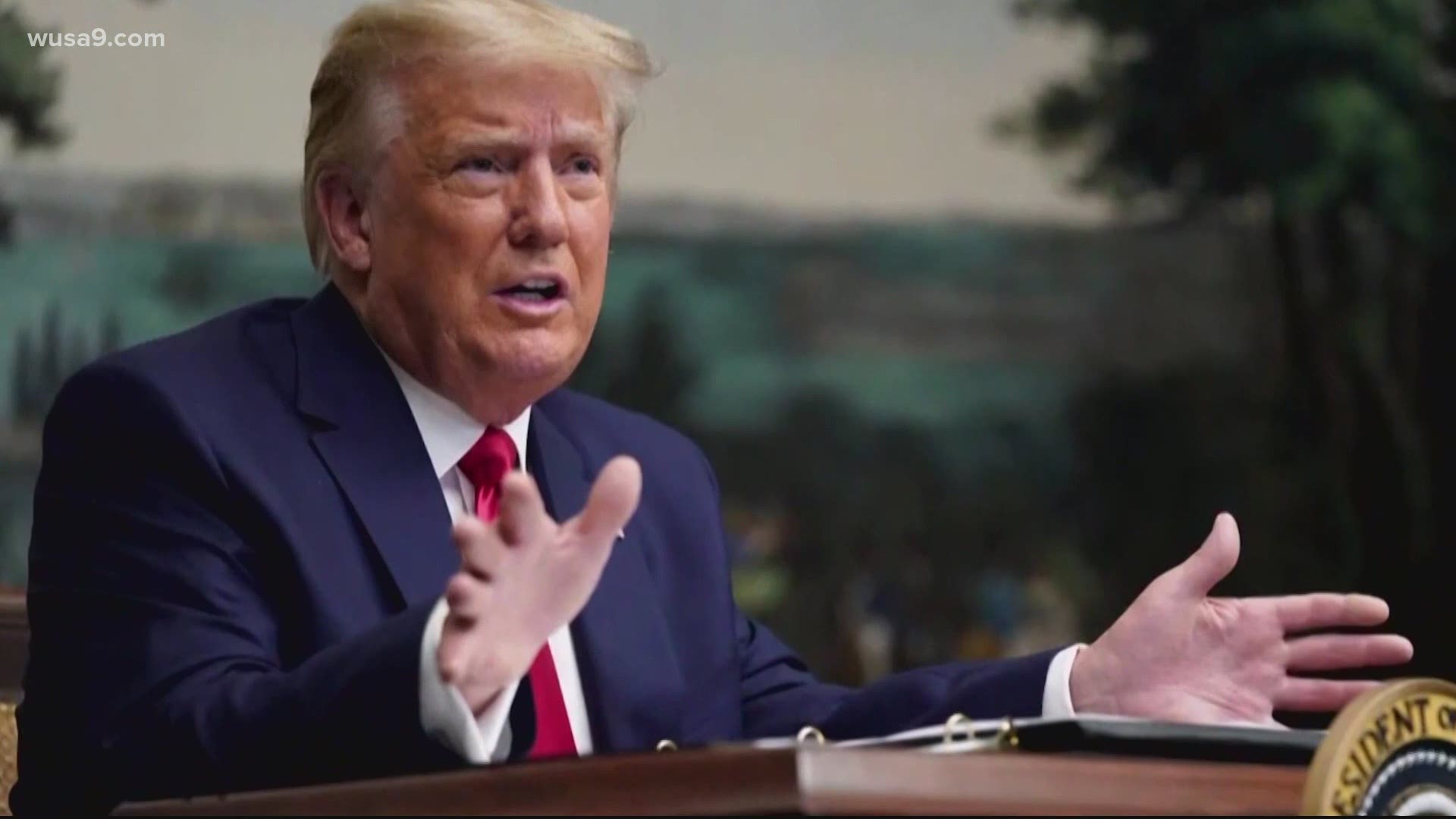 WASHINGTON — President Trump is threatening to veto an annual defense bill that would authorize nearly $1 trillion in military spending, including pay raises for people in uniform. That’s unless Congress repeals Section 230, a federal law that offers legal protections for social media companies.

.....Therefore, if the very dangerous & unfair Section 230 is not completely terminated as part of the National Defense Authorization Act (NDAA), I will be forced to unequivocally VETO the Bill when sent to the very beautiful Resolute desk. Take back America NOW. Thank you!

“The president will always defend our military, ensure that we get adequate defense funding as he’s gotten $2.9 trillion so far,” said White House Press Secretary Kayleigh McEnany in a press conference. “But he is going to put the pressure on Congress to step up on this.”

The Q&A team spoke with Alex McCoy, the political director of veteran-led group Common Defense. We asked how this showdown will play out.

Q: What exactly is the defense bill and how does that affect the stakes here?

A: The bill’s official title is the National Defense Authorization Act. It specifies the Department of Defense’s budget for that year. And until it passes, the military will be stuck in limbo, McCoy told us.

“That makes it an important vehicle for adding in policy priorities of either party since this bill is certainly going to pass at some point,” McCoy said.

Q: Will the president’s tactic to use this bill to get Section 230 repealed work?

A: Probably not, according to McCoy.

“The president doesn’t have a lot of leverage here,” McCoy said. “He’s a lame duck president, he’s headed out … so there isn’t a whole lot of incentive for Congress to go along with this threat.”

Q: So what’s going to happen?

A: Republicans have signaled that they’re proceeding with the bill despite the President’s threat to veto it. So it looks like Congress will either send the bill to the President’s desk as is – or wait until President-elect Joe Biden enters office and can sign it.

The Bottom Line: If President Trump does veto the bill, Congress can still pass it with an override vote. But that would take up important time needed for other federal spending legislation.