The story behind 'Long Time Coming'

At a time when there was a lot of hate in this country, two teams came together to share their love of baseball. 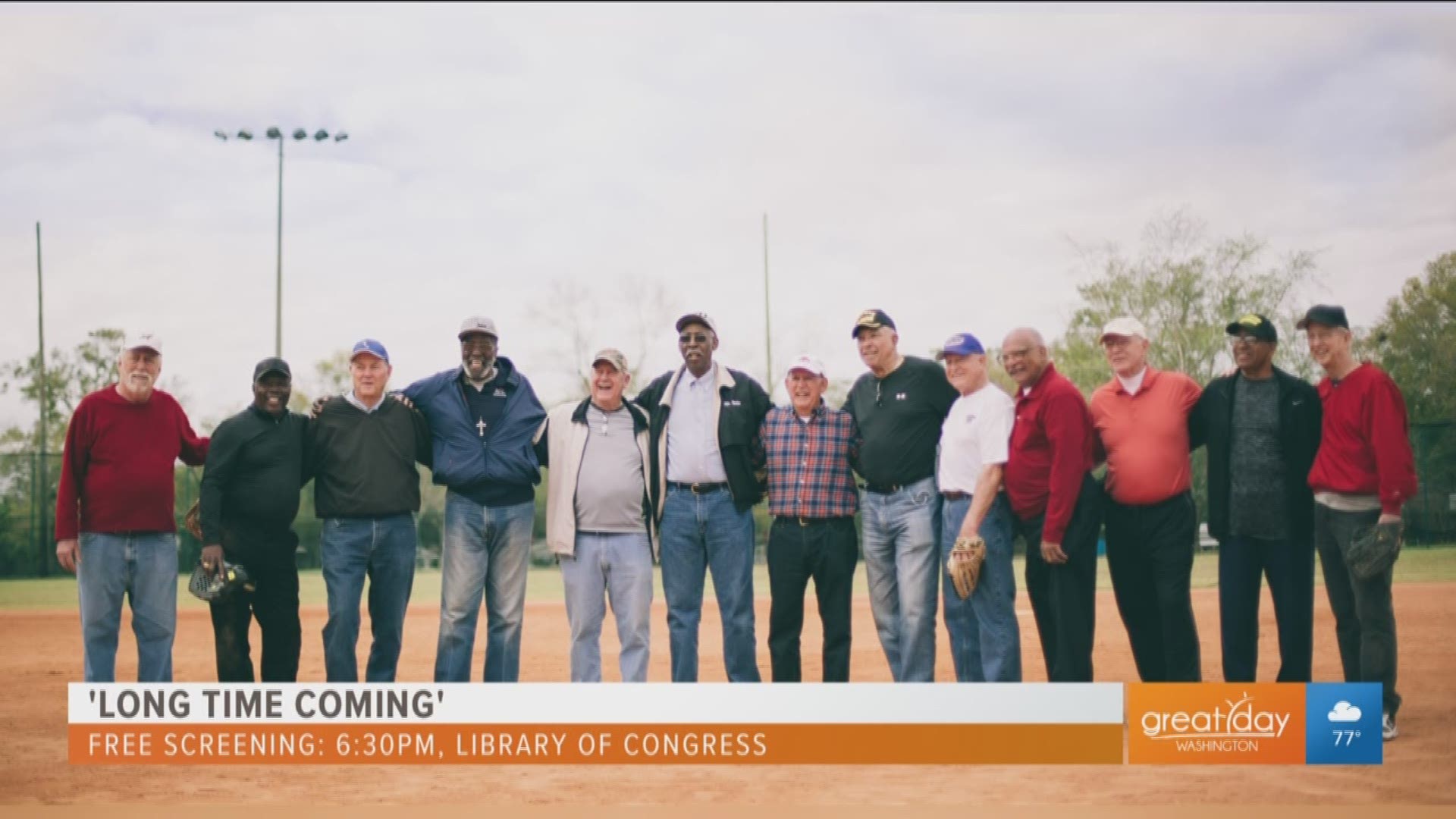 In 1955, at a time when racial segregation defined the South, two groups of twelve-year-old boys stepped onto a baseball field and made history as being the first integrated Little League game.

On the surface, this was a fun game of ball, but underneath the friendly smiles and playful competition was an act of cultural defiance that would change the course of history. More than 60 years later, members of both Little League teams reunited to share their touching story in a new documentary called ‘Long Time Coming.’

“When we met for the first time [in over 60 years] on that field, we started to feel something we’ve never felt in our life,” said former player Stewart Hall. “I know it was love because as soon as we got to that pitcher’s mound we were catching up on each other’s lives for that 60 year period.”

Throughout the documentary, the players explore how this day changed their lives and why it was more than just a game. “Teams didn’t want to play us because we were all black and they were all white,” recalls Rev. Freddie Augustine. But it was that refusal that allowed Augustine and his team to make history and create a lifelong relationship with the white team from Orlando, FL.

In a time when there was a lot of hate in the country, both Hall and Augustine said that they could feel the love that was on that field.

It was that love that inspired Executive Producer Ted Haddock to tell their story. “We wanted to honor the players, parents, and coaches that made this game possible,” said Haddock. “The story is about building bridges rather than walls.”