NFL Hall of Famer Warren Sapp on donating his brain: 'They can have it!' 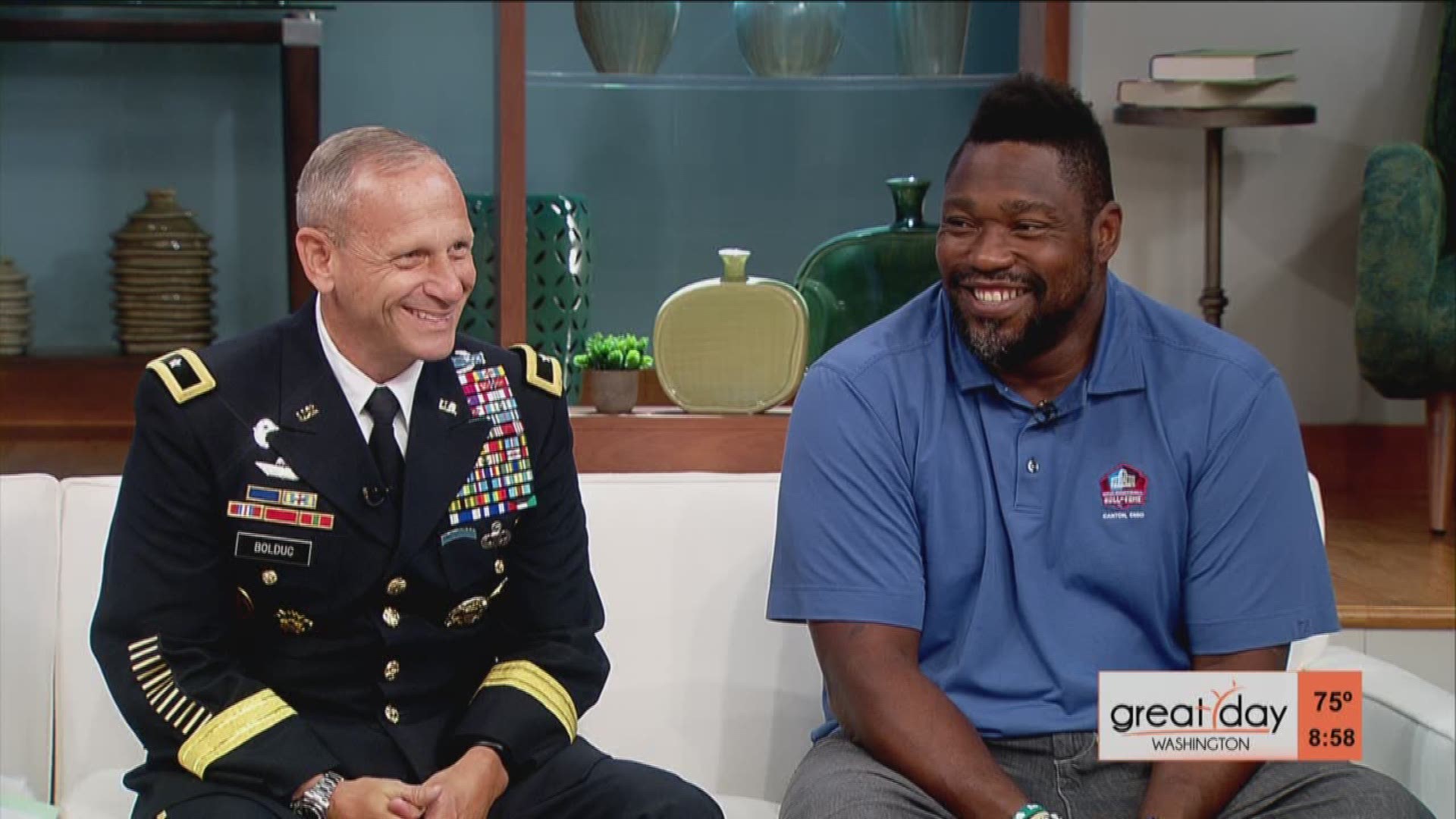 "It's certain days that I just don't remember certain things like where I'm going, or grocery lists I must have now. Just little things...", says Sapp. He's donating his brain for CTE research and dedicated to helping to make football and the NFL better in his retirement years.

Sapp says referring to donating his brain, "They can have it!"

"Some of us in the game are hurting, and the loved ones that now have to get those Hall of Fame guys from the casino or thier favorite spot because they don't know how to get home... we're not gonna have that. We're gonna make sure that we combat this thing", adds Sapp.

General Bolduc suffered from the effects of Post Traumatic Stress Disorder (PTSD) for a long time along with Traumatic Brain Injuries (TBI) from helicopter crashes and blast injuries.

He sought help and realized that it was not enough. As a general officer he wanted to use the help that he received to help others. So he went back to the leaders of his unit and started a plan to identify soldiers with PTSD, TBI, pain management issues, and sleep disorder issues.

"In order for us to ensure that they get the treatment therapies and get the help that they need, it's important for senior leaders to come out and lead the way on this", adds General Bolduc.

One of the goals is to help destigmatize PTSD, as it will help more soldiers move into a better life balance both professionally and personally.

"I have as well donated my entire body to science when I die," General Bolduc explains as he underwent bi-lateral hip replacements, had 3 cervical discs replacements, and received cadaver tissue from people who donated.

"My body has been healed by the generosity of others, and so I want to turn around and do the same thing."

Sapp says, "We found CTE in a 17-year-old. That's the thing... we have to get this information out... because for so long, the powers to be told me (that) I had just as much chance of getting a brain injury sitting on this couch as I did on a Sunday afternoon. And we know that's not to be the facts."

"We wanna help our Sunday afternoon heroes and the real heroes that go out and stand on the post and say, 'Not on my watch!'", adds Sapp.

For more information go to www.cohenveteransbioscience.org