'A Kid Like Jake' stars The Big Bang Theory's Jim Parsons and Claire Danes whose son displays "gender-expansive" behavior according to the pre-school director. (Octavia Spencer) 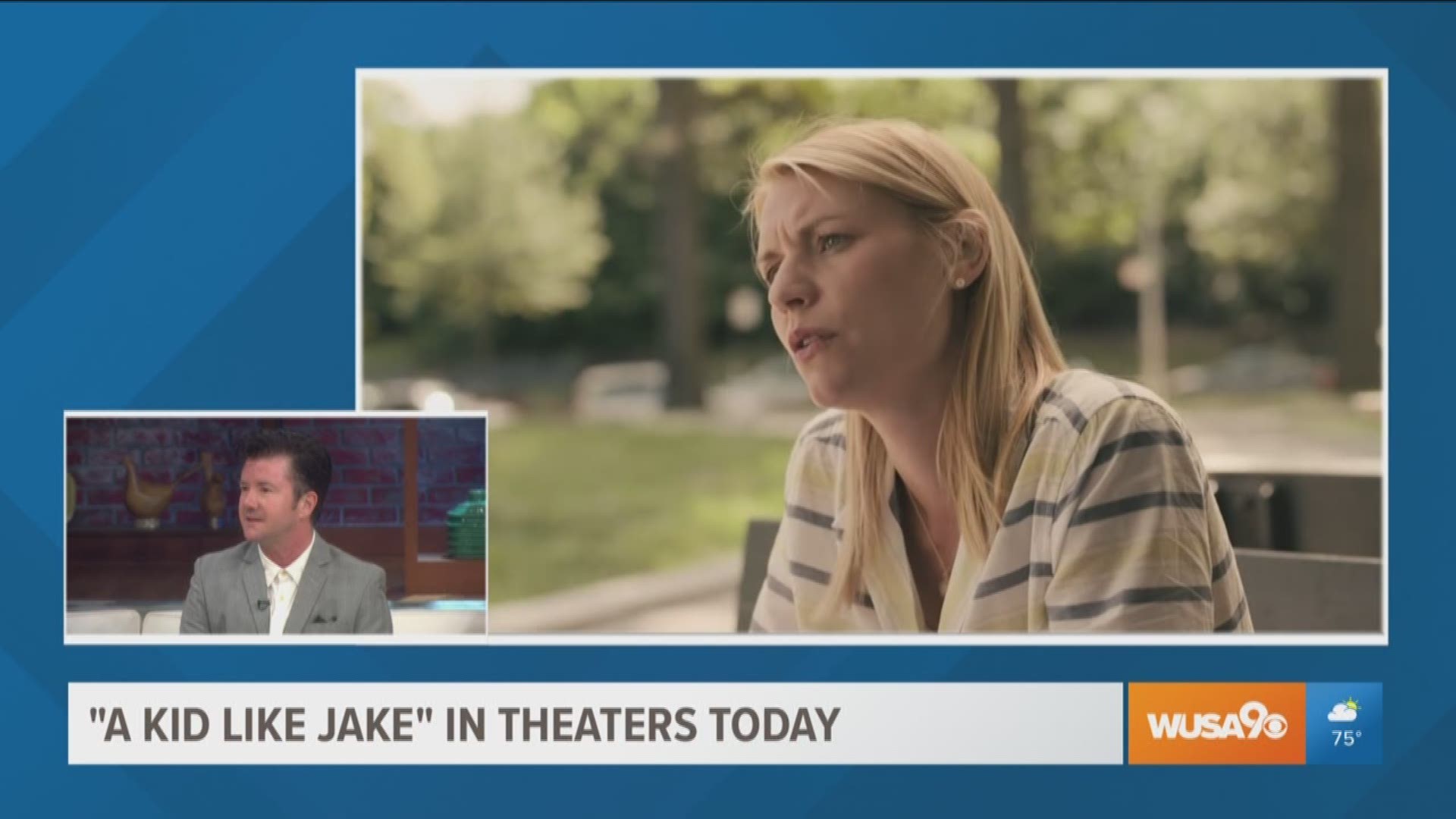 The film 'A Kid Like Jake' tells the story of two parents (Claire Danes and Jim Parsons) and their four-year-old son, Jake, who displays “gender-expansive” behavior – as dubbed by the local pre-school director (Octavia Spencer). Director Silas Howard (Transparent, This Is Us, The Fosters, What I Love About Dying)

sat down with Great Day Washington to talk about the film and its impact.

Q: How would you describe the message of this film?

Q: What does gender expansive play, what does that mean?

A: That’s a great question, I’m a director and I’ve worked for 15 or so years and I’m also an out transgender person. Even though I’m trans myself I do not know the latest terms, so I called Glad who is a media support for LBGQ, what is the best word to use? They taught me this word, which is fabulous and is letting kids explore without putting a label on them right away.

Q: Even though the title has Jake’s name in it and its surrounding Jake, we don’t see him a lot, and more follows the parents, what was the decision behind that?

A: It was a defiant, strong decision to make, with Jake. I felt like with Jake being a 4 year old, an age that is so innocent and joyful. Our society comes in rather soon to say this is what boys do and this is what girls do. I wanted to flip the camera to the world around Jake because that is where sort of the influence impacted.

Q: In this film, are kids accepting of all things?

A: It’s a mix of both, some fall into that, that matches what society says, you know what a girl or a boy should be. I think so many kids, I have godsons that go through phases that love Princess Elsa, big one haha. Kids actually have to learn more rigid uh ideas around this. A lot of that comes from pressure, if you realize you wear something and you get a negative reaction from adults around you, you realize that is the wrong thing.

Q: You mentioned you were trans. What did you like as a child?

A: I was a tomboy. Society’s a little more forgiving for tomboys. It is a little less tough than boys who like dresses, which is more of a threat. That’s why I think why the parents start to worry so early on even though in our movie Jake may grow out of it. Jake may go on in many different ways, it’s really about allowing kids space to feel themselves.

Q: What were people talking about at Sundance?

A: It was great we had a premiere at Sundance. We had a fabulous audience and a standing ovation. A lot of parents came up to us and they were excited to see a relationship and how the struggle with how you can’t control the world outside. You try to control things next to you and you blame people in relationships. They appreciated the honesty and how difficult it can be instead of saying “this is the right thing” or “this is the wrong thing”. I think it is hard to figure out what is best.