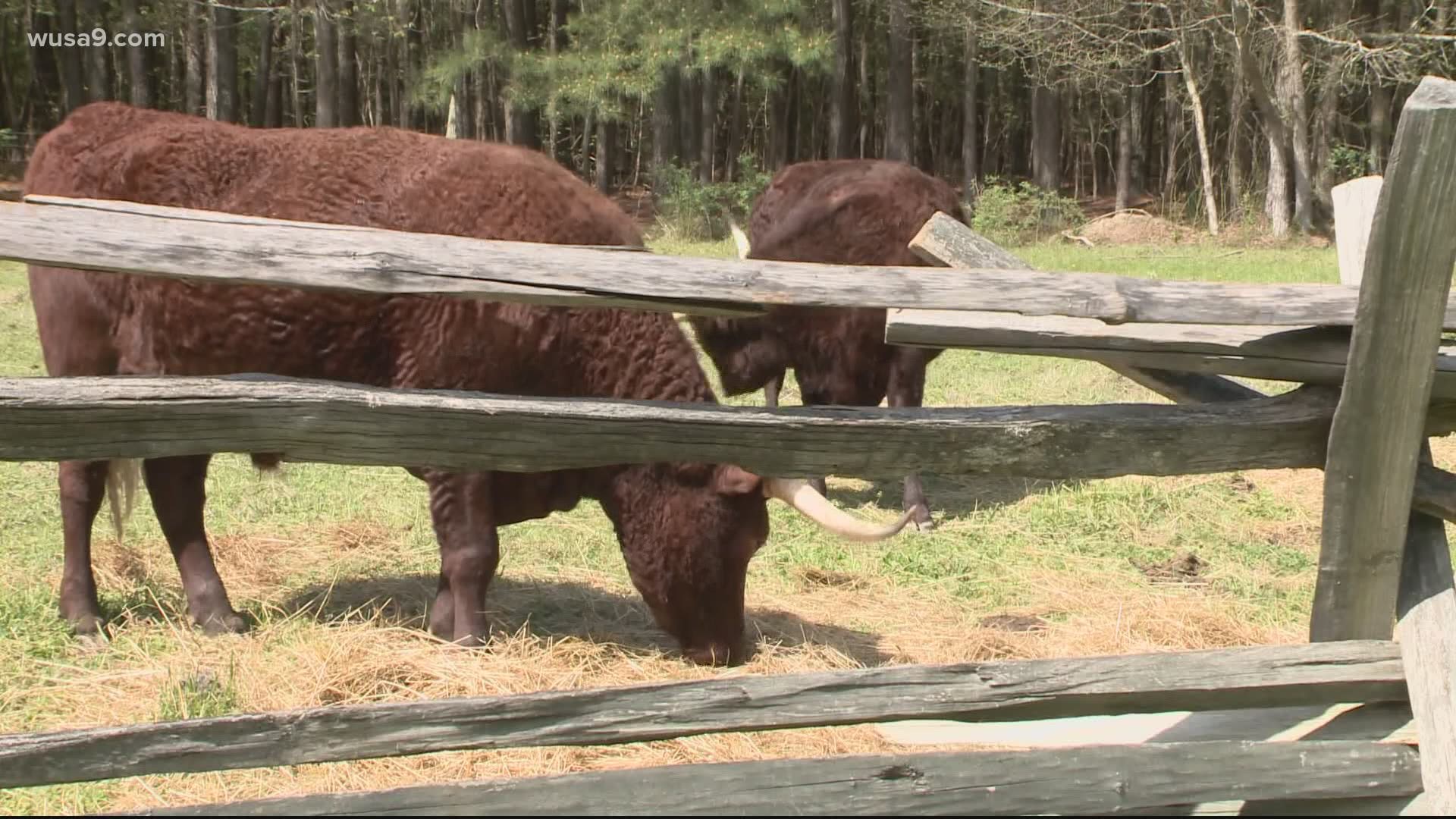 ST MARYS CITY, Md. — Historic St. Mary’s City is just a drive away from the DMV. Located 70 miles southeast from the heart of D.C., a visit to Maryland’s first European settlement and capital will transport you back in time.

Interpretive Programs Manager Aaron Meisinger said the on-site animals, including Ossabaw pigs, are the same breeds that were in St. Mary’s City when it was in its heyday.

“They come from an Island off the coast of Georgia called Ossabaw Island,” Meisinger said. “They have not bred with any other pigs for over 300 years.”

Exhibits throughout the outdoor museum give a taste for what life was like through different period of history.

Credit: WUSA9
Fictional indentured servants tend the gardens on the grounds. Herbs grown in the gardens were used for both medicine and food seasoning.

Visitors can go inside an upper-middle-class home from the 1660s to see a live food preparation process. A fictional settler demonstrates how to make flour using an old iron pestle. Unlike the fast-food techniques of today, their method takes about 10 minutes to grind one cup of corn.

Visitors can also see an old printing press in action, or go the waterfront and step aboard the Maryland Dove, for a taste of life at sea in the mid-17th century.

Credit: WUSA9
The Maryland Dove was built in 1978. It is a reproduction of the original ship that accompanied the first European settlers to Maryland in the 17th century.

“The original Dove of 1633 only carried the crew of seven,” said fictional settler Jeremy Heveron. “It would have been used as a coastal trader. It was brought over to serve the colony’s needs after the colony was established.”

History is preserved at Historic St. Mary’s City, but its story is always evolving. On-site archeological digs help to uncover new stories of its rich history.

It’s a venue that not only adapts based on new discoveries but also to enhances the visitor experience. Enso Kitchen, on the museum grounds, opened in 2018 but has already gained a local following.

“The whole idea around the place was to support this community right here,” said Enso Kitchen owner and head chef Rubing Yen. “It’s great to have this setting and the support of not only the community, but also the museum.”

For those who want to make a weekend trip to St. Mary’s City, there are several bed and breakfasts in the area. It’s a one-tank trip from the DMV that will take you back in time and make for an unforgettable experience.

RELATED: Visitors to Brookside Gardens can be inspired by nature | Get Up Getaways