Created by local artist Kaliq Crosby, it's on display in the 1900 block of 7th Street Northwest 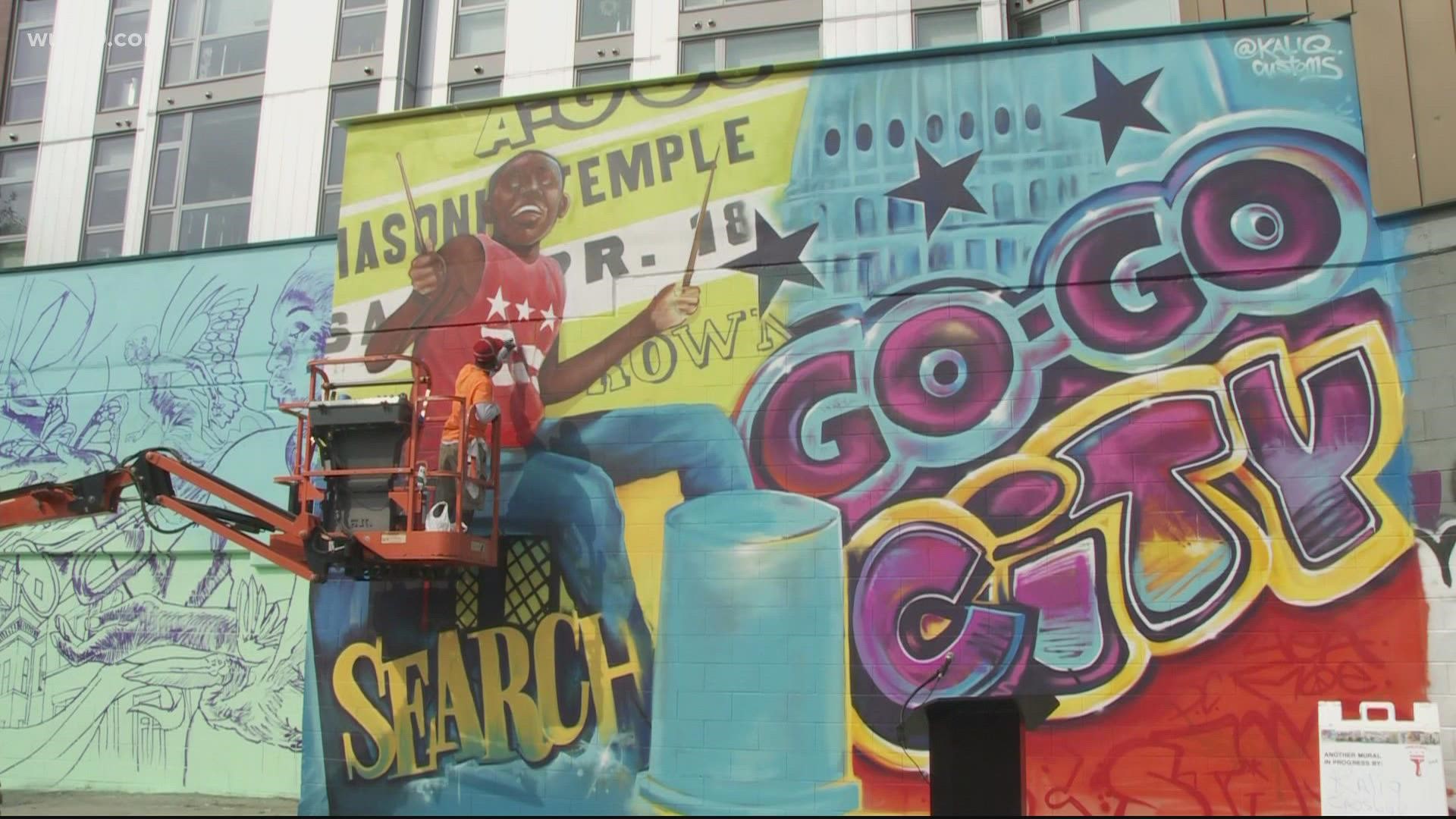 WASHINGTON — D.C. is a city that loves its Go-Go music and its murals, so it's no surprise that some new art will celebrate the District's official music.

The mural, by local artist Kaliq Crosby, will be on display in the 1900 block of 7th Street Northwest, in the parking lot of the CVS. It showcases D.C.'s iconic culture and music and features a young boy on percussion, a throwback to Go-Go's early roots, using five-gallon jugs as drums.

It marks the end of the 2021 MuralsDC season. The MuralsDC project is a Department of Public Works graffiti prevention initiative. Since it was created in 2007, artists with MuralsDC have painted 134 murals in 70 neighborhoods across D.C., according to their website.

Funded by the DC Department of Public Works (DPW) in cooperation with the DC Commission on the Arts & Humanities, MuralsDC serves as a compliment to DPW’s mission to clean and beautify the nation’s capital.

Crosby has created a number of murals around the District, including the recent Amanda Gorman mural, painted following the poem she read at President Joe Biden's inauguration earlier this year.