The piano company decided to help the College Park campus after its music faculty reached out to an alum for help. 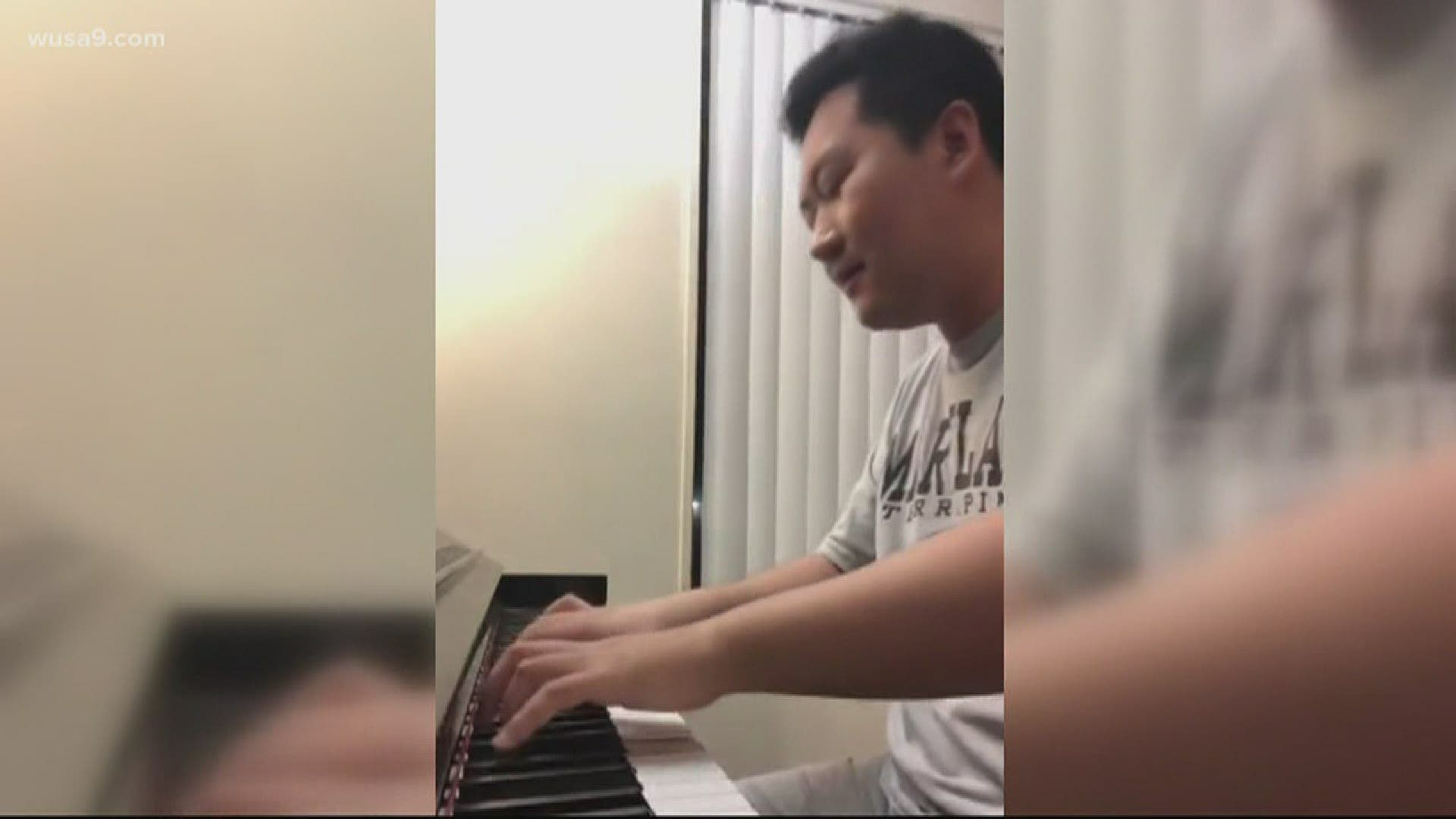 COLLEGE PARK, Md. — At the University of Maryland, some piano students were faced with a challenge when the school moved its classes online in March: how to practice without your own instrument.

As the College Park campus pivoted to virtual studies, it also shut down its buildings to students to prevent the coronavirus’ spread.

That decision made it impossible for some of UMD’s music students to practice on the pianos provided to them on campus.

“I need to practice the piano every day,” said UMD School of Music [SOM] student Jiawei Yuan. “I'm also a TA. So, I need a piano to prepare for my students as well.”

UMD music student Alfonso Hernandez said he and his fellow pianists were put in a strange position since they had no acoustic pianos to practice on at home.

“We didn't know how for how long it was going to be like this,” he said. “We, as pianists, depend so much on this music school, because that's where our instruments are.”

At the same time, Gregory Miller, associate director for academic affairs at UMD SOM, and Aaron Muller, senior assistant director for productions and operations at UMD SOM, were busy trying to come up with a solution to the problem.

They eventually reached out to UMD alum Matt Bachman, a manager at Steinway Piano DC, to see if his business had any digital pianos available to use.

“We sort of pitched this to him and said, what could he do or what could Steinway do?” Miller said.

After a few days, Bachman responded to his alma mater with an idea.

Then, he contracted Lewis Piano Movers to move seven Steinway Upright pianos to the living rooms of seven lucky piano students across the DMV.

Steinway took up the entire project at its own expense. The University of Maryland was not charged a dime.

“To be able to help, even in some small way, the next generation of performers and teachers to continue their progress, that's thanks in and of itself,” Bachman said.

When asked how much money it cost Steinway to move the 450-to-500 lbs. pianos, Bachman said it was “not insignificant."

Bachman said UMD is an “all Steinway school." Still, Miller said UMD was surprised by the business’ actions.

“We're very grateful for our relationship with Steinway,” he said. “And, I think it just reaffirmed how strong of a relationship that we do have with them.”

Both Yuan and Hernandez said they were grateful for Steinway’s efforts as well.

Hernandez said he was happy to see UMD be proactive in meeting students’ needs.

“I was also talking to other students from other universities, and they were like, they didn't have anything,” he said. “So, it was really unexpected.”

Yuan summed it up this way.

RELATED: After 38 days in the hospital, he fully recovered from coronavirus

RELATED: Did a DC Council member violate the stay-at-home order to attend a Georgetown dinner party?