'Our music is the biggest music in the world' | Rap, hip hop icons gather in DC for museum induction ceremony

Kool Moe Dee, Rakim, Master Gee and others discuss the staying power of hip hop and their influence on today's music. 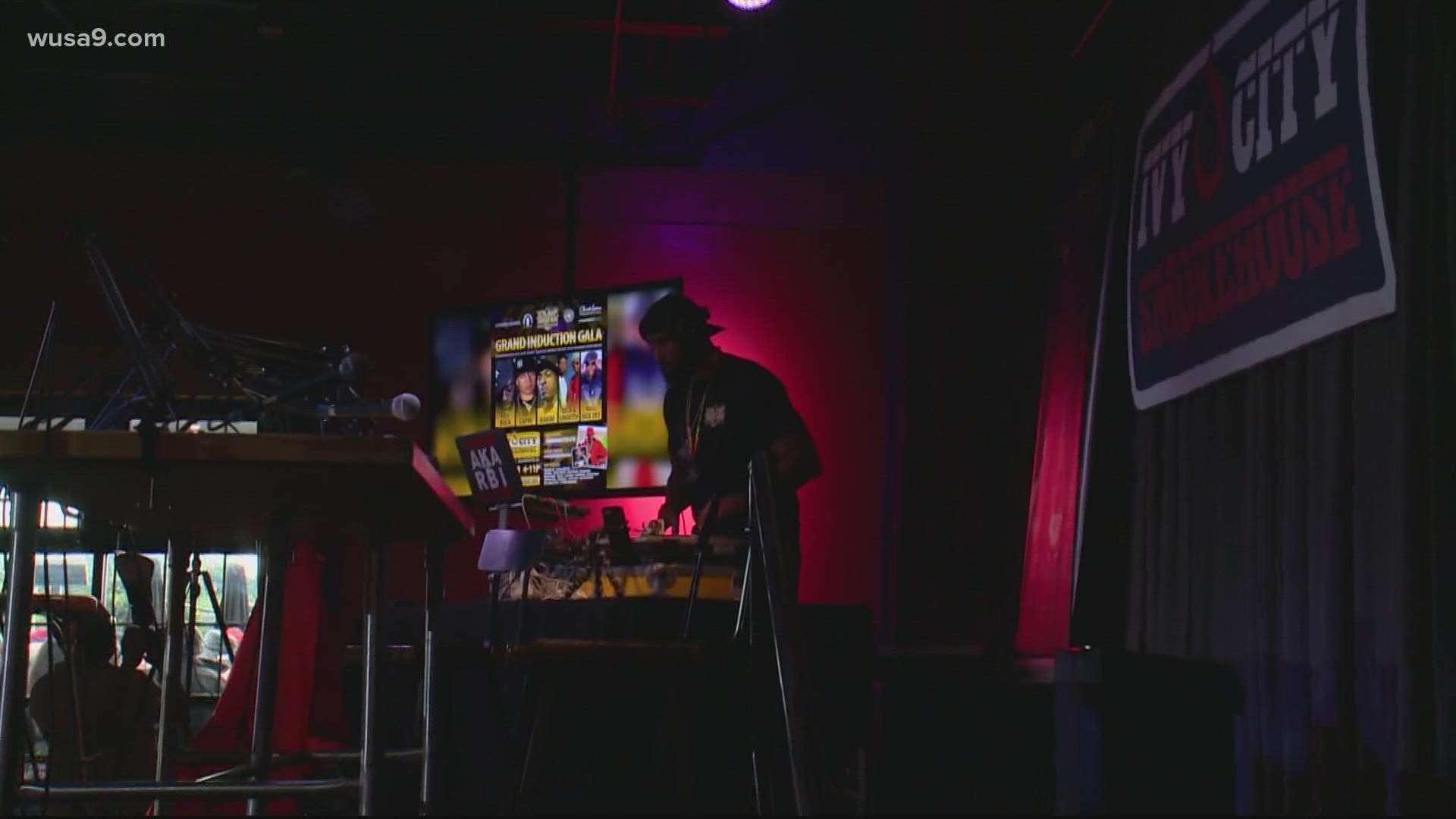 WASHINGTON — Some of the greatest names to emerge from the maiden era of hip hop and rap joined together for a night of revelry and reflection at Northeast DC's Ivy City Smokehouse Friday night.

The Hip Hop Museum of DC is a "pop-up experience," according to its website which describes the museum as a "traveling art, food, fun, broadcasting, DJ, producer, performance, graffiti, B-boy, music concert experience that encompasses all aspects of hip-hop music, history and culture."

We are proud that Washington, DC is the home of the Hip-Hop Museum! pic.twitter.com/L7Js1A4T2i

"Hip hop is America's largest cultural and musical export. It's a trillion-dollar global industry and it's almost weird to me that we're not honoring the music and the icons who created it," said Hip Hop Museum founder and CEO Jeremy Beaver.

Beaver appeared to be soaking in the glow of being able to meet and talk to so many transformative artists in one night.

"It's completely surreal. "I feel like I'm on some sort of weird mission to make sure that all of these folks are honored," said Beaver.

In the adolescent years of rap and hip hop, artists fought to be taken seriously.

"I was a kid. I was still at home living in my mother's house," said Greg Nice from Nice & Smooth. "And my mother told me one day, 'son, you better go out there and get you a job', and I told my mother, 'this is my job.'"

The Ivy City event gave all of the musicians the chance to reflect on the path they blazed for others.

"This is beautiful man. I'm kind of in awe. Because I'm seeing all my peers and there's just so many memories," said Smooth B.

Congrats to @darealGregNice from Nice & Smooth on his induction into the Hip Hop Museum.
You've GOT to hear this story he told me about his mom.
Full story on all the inductions coming in a bit. @wusa9 pic.twitter.com/w3zbnnGE0p

Nice & Smooth's breakout single from their second album in 1991 was 'Sometimes I Rhyme Slow.'

Thirty-two years after the duo put out its first album in 1989, I wanted to know if they could have foreseen a generation of rap and hip hop music that can trace its roots to the music they produced as young kids.

We celebrated our icons tonight at the Hip-Hop Museum Pop Up Experience DC-Grand Induction Gala. One of tonight’s highlights was choppin it up with The God Emcee, Rakim about my son. Thank you HHMDC for your hospitality and access. -m pic.twitter.com/nnlrUaR85X

"I think it's a part of evolution," said lyrical legend Kool Moe Dee. "I'm not going to say I could see it like I had a crystal ball, but I did have a very positive thought about it, so I'm not surprised."

On the red carpet, fellow inductee Pete Rock bowed down in front of Kool Moe Dee and told him, chuckling, he'd have gone to his knees in homage had he not been wearing a suit.

"This is Kool Moe Dee. This is the cloth I'm cut from in hip hop. As a youngin' I was watching these guys," said Rock. "I always wanted to be in it somehow. After watching them it inspired me so much to want to make music. And so, I pursued the dream."

Even legends who were not among the inductees joined in the festivities. Founding member of the Sugarhill Gang, Master Gee, lives in DC.

"It's so exciting. For me, its really amazing being involved in music like I've been. This thing continues to keep on growing," said Master Gee. "Our music is basically the biggest music in the world." 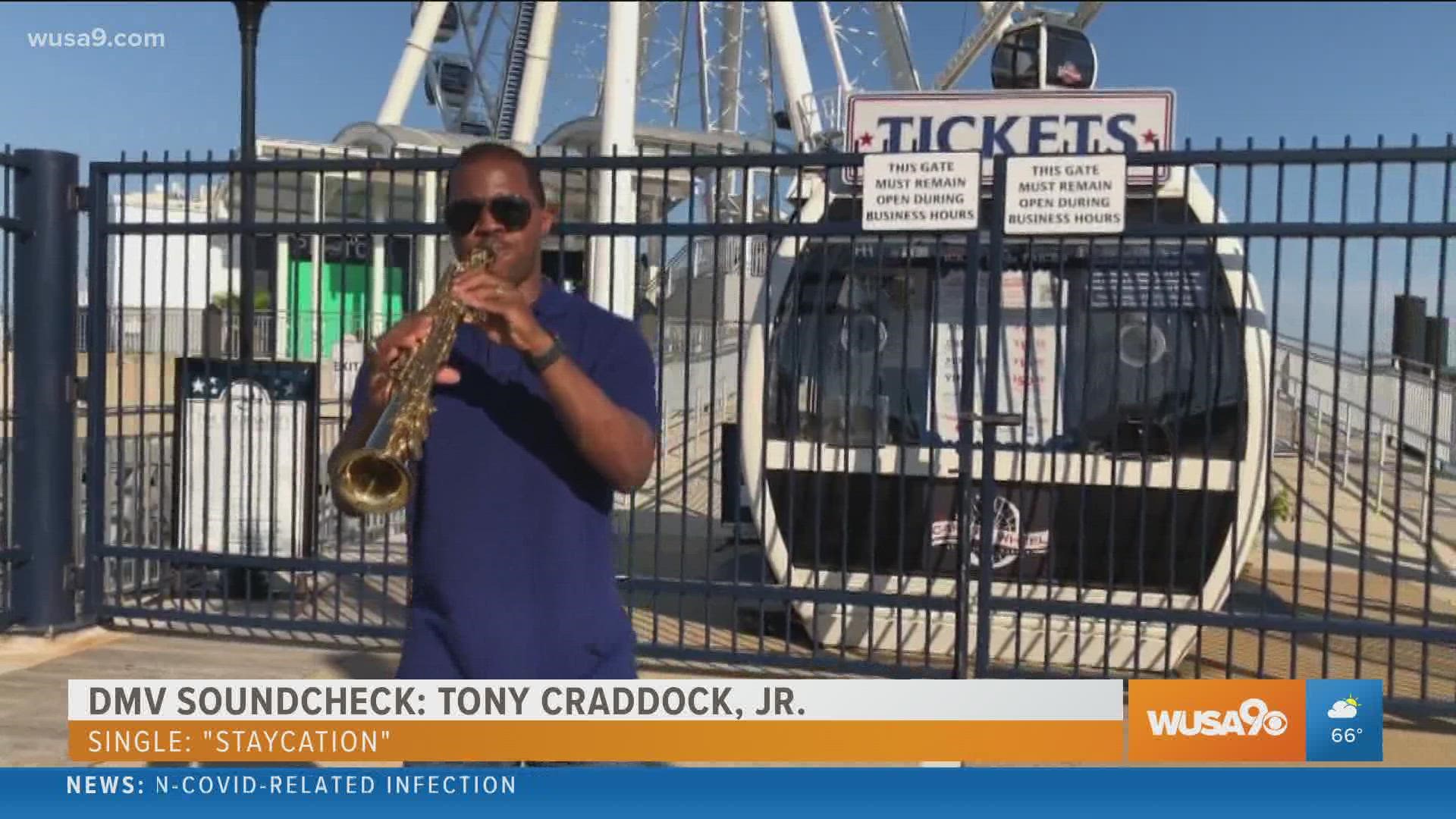 Tony Craddock Jr. of Cold Front Music showcases his love of jazz on the DMV Soundcheck