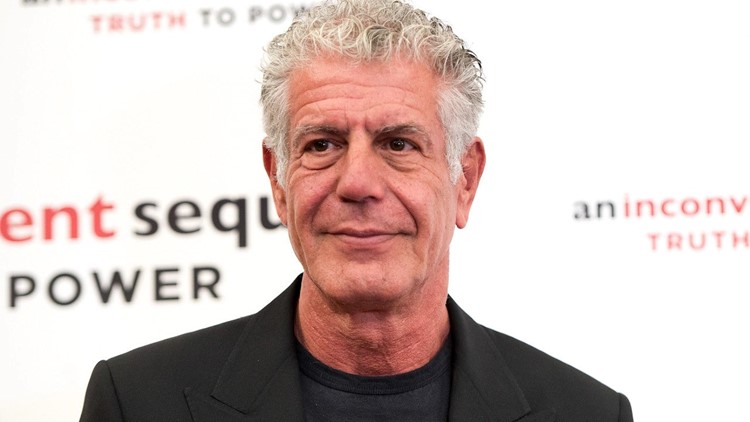 The mother of the late Anthony Bourdain died on Friday at a hospice facility in the Bronx, The New York Times reports. She was 85.

Gladys' son, Christopher, confirmed the news to the outlet, where his mother had worked for 24 years as a copy editor, from 1984 to 2008. Gladys kick-started Anthony's career when she helped him get a tell-all article about the restaurant world published in The New Yorker in 1999.

Gladys asked Times reporter Esther Fein if she would pass her son's piece, "Don’t Eat Before Reading This," on to her husband, editor of The New Yorker, David Remnick. The article almost immediately led to a deal for Anthony's bestselling book, Kitchen Confidential, and launched his career in TV.

"She came over, and she said, 'You know, your husband's got this new job,'" Fein recalled to the Times. "'I hate to sound like a pushy mom, but I’m telling you this with my editor’s hat on, not my mother’s hat on. It’s really good, and it’s really interesting, but nobody will look at it, nobody will call him back or give it a second look. Could you put it in your husband’s hands?'"

Gladys was also remembered by former Times colleagues on social media. Editor Patrick LaForge wrote, "I sat near Gladys for several years on the Metro Copy Desk, and she always made sure we ordered good takeout."

"Gladys Bourdain was a tough copy editor and I was always incredibly grateful for her careful and pointed questions about my stories. RIP," Times alum Lydia Polgreen added.

I sat near Gladys for several years on the Metro Copy Desk, and she always made sure we ordered good takeout. https://t.co/HA4wQ4oKVk

Gladys Bourdain was a tough copy editor and I was always incredibly grateful for her careful and pointed questions about my stories. RIP. https://t.co/CR789ED3wL

Gladys, who separated from her husband, Pierre, before his death in 1987, is survived by Christopher and three grandchildren. Her death comes a year and a half after Anthony's shocking death. See more on the late food critic in the video below.

Anthony Bourdain's Friend Recalls How His Daughter Reacted to His Death