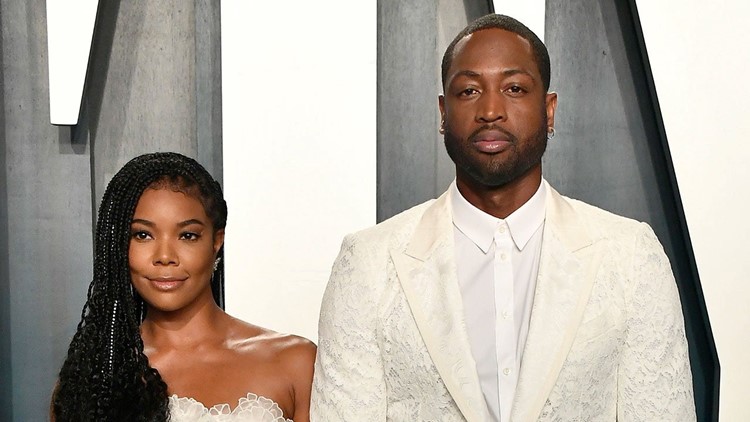 Dwyane Wade Recalls Telling Gabrielle Union About His Other Child

Dwyane Wade is opening up about a challenging time in his life. In a new, wide-ranging ESPN documentary, D. Wade: Life Unexpected, the 38-year-old former NBA star reveals how he felt telling his then-girlfriend, Gabrielle Union, that he had fathered a child with someone else.

"When you hold something in that you know is going to come out and you have this information and you know it’s gonna f**k somebody’s life up, that you care about, that you love, if it don’t hurt you, then you’re not human," Wade continues. "... Me and Gab just went through something that you never want to go through and we still came out of it."

The documentary, which features home movies of never-before-seen moments, also delves into Wade's early days with Union, who, Wade's manager reveals, he had posters of in college. Wade notes that his kids always loved Union and even helped him pop the question in 2013. "She wasn't just marrying me, she was marrying all this baggage," he says of his decision to include his kids in the proposal.

The couple decided to try for a baby of their own, but were plagued by miscarriages. Eventually, they welcomed Kaavia through a surrogate, an experience that led Wade to retire from basketball in 2019.

"That was my push away from the game. It was time. There just came a point when I had to look in the mirror and say, 'What more do you want out of this?'" he says.

ET's Nischelle Turner spoke to Wade at the premiere of the documentary, and he opened up about his decision to candidly discuss his experiences in the film, one of which is his daughter Zaya's decision to use female pronouns.

"We understand the position we've been put in, especially in our community, and even though it's not always a popular thing to speak out on issues that people are uncomfortable with or not as educated on," Wade continued. "But this is the platform that God gave me and my family, so we use it."

She's compassionate, loving, whip smart and we are so proud of her. It’s Ok to listen to, love & respect your children exactly as they are. Love and light good people.