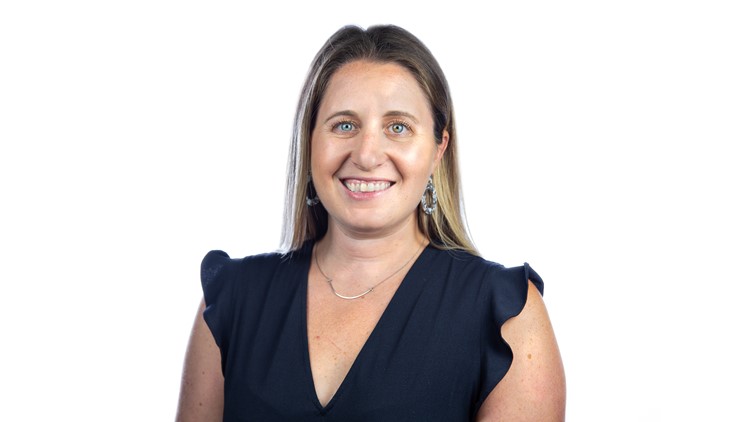 Photo by: WUSA9/Abbey Francis
Laura Wainman is a senior digital editor for WUSA9.com

Laura Wainman is a Senior Digital Editor at WUSA9 who joined the team in September 2019. Laura is a graduate of Elon University where she studied English Literature, Political Science and French. She's one of the rare DMV natives, having spent most of her life in Virginia, save for college in North Carolina, and the eight years she lived in the District.

Laura fell into journalism during her senior year of college, when writing for the school's newspaper became her favorite way of procrastinating studying for the LSAT. A few days before she was set to take the test, she had an internal heart-to-heart and realized law school wasn't her dream. The next few years found her working for publications such as USA Today, Washingtonian Magazine and Washington Life Magazine, specializing in lifestyle content.

In 2016, Laura was hired to launch and run a digital lifestyle magazine for a local TV station. DC Refined became a go-to source for the city following the food, fashion, art and travel scene.

Laura is a huge baseball fan, and getting the opportunity to not only watch the the Nationals win their first World Series, but to write about the whole journey, will go down as one of the best moments of her career. She's written several sports cover stories, including a retrospective of the Nats' first decade in D.C., a profile of former Nats pitcher Gio Gonzalez and analysis of how D.C. could instill a love of the home teams in future generations.

When she’s not chasing down breaking news you can find Laura eating her way around D.C. and pretending like she has dance skills at 305 Fitness classes. The love of her life is her scraggly-haired, eight-pound silky terrier who stole her heart from day one, and tests her patience on the regular.