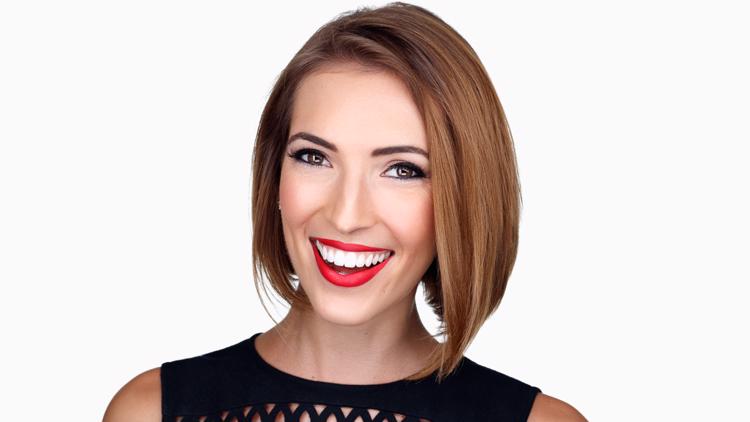 Before joining the Great Day Washington team, Ellen was the traffic anchor on Get Up DC.

Since moving to our nation's capital in 2016, Ellen has covered many historic events including two presidential elections, The Women's March and March for Our Lives. She’s also has celebrated the victories of DC sports teams like the Capitals winning the Stanley Cup, the Mystics becoming WNBA champions and the Nationals winning the World Series.

A girl from the Midwest, Ellen competed in Miss America as Miss Ohio 2011. She was named a Quality of Life Finalist for her work promoting lightning safety, a platform she chose after her sister was struck by lightning in June of 2000. Ellen served as a national spokesperson for lightning safety and partnered with NOAA to tell her sister's story across the country. Today, she tells Christina's story in keynote speeches and in a TEDx talk, where she talks about her sister's inspiration on her own life.

Ellen enjoys being active in the community by emceeing events and giving speeches. After starting an online series called Minute Motivation, Ellen used the digital videos as inspiration for her first published book, A Work in Progress.

Ellen graduated from Ball State University in Muncie, Indiana. She started her broadcasting career as an anchor and reporter at ABC 36 in Lexington, Kentucky. She then joined the NBC 5 morning show team in Dallas - Fort Worth, Texas as a reporter before moving to Washington, D.C.