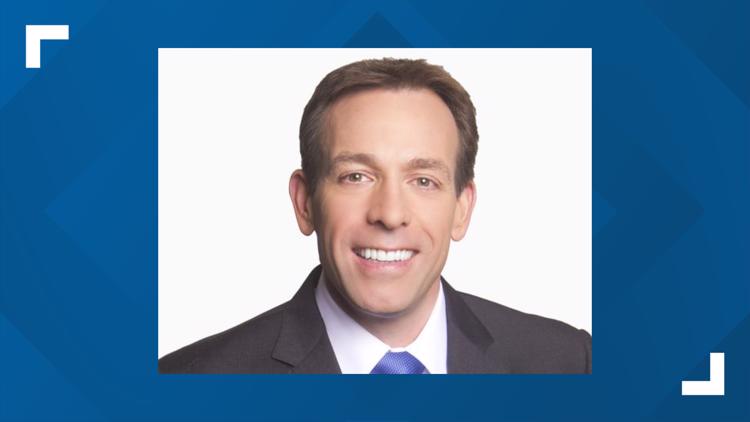 Adam's journalism career has brought him full circle back to the Washington, D.C. area. His first TV job was writing news copy for NewsChannel 8 and he also anchored traffic and weather reports broadcast across the Metro area for a company called SmarTraveler TV.

Adam went to college at the University of Maryland, College Park and graduated valedictorian from his high school, Fork Union Military Academy in Fluvanna County, Virginia.

Adam grew up in Stafford County, Virginia, and then spent some time in Houston, Texas because of his father's job as a commercial airline pilot.

Before moving back to the Metro area, Adam most recently worked as an anchor at the CBS TV station in Phoenix, Arizona.

He has also worked at TV stations in Orlando, Chattanooga and Knoxville, Tennessee and in Charlottesville, Virginia.

Adam lives in Montgomery County, Maryland with his wife, Melissa, and their three children. He's an avid athlete, competing in triathlons and marathons. When he's not on TV or playing with the kids, chances are you will find Adam weightlifting in the gym. He also enjoys softball, tennis, soccer and golf. A big NASCAR fan, you'll likely see him at both Sprint Cup races in Dover and Richmond.

He's always looking for compelling stories and interesting people so feel free to share any news ideas with him.

You'll always find Adam happy to connect with you through social media.