Thanks to a flash drought, you can now cross from Virginia to Maryland without a boat or a bridge

The water in the Potomac River is currently so low in some areas that you can get across by foot. 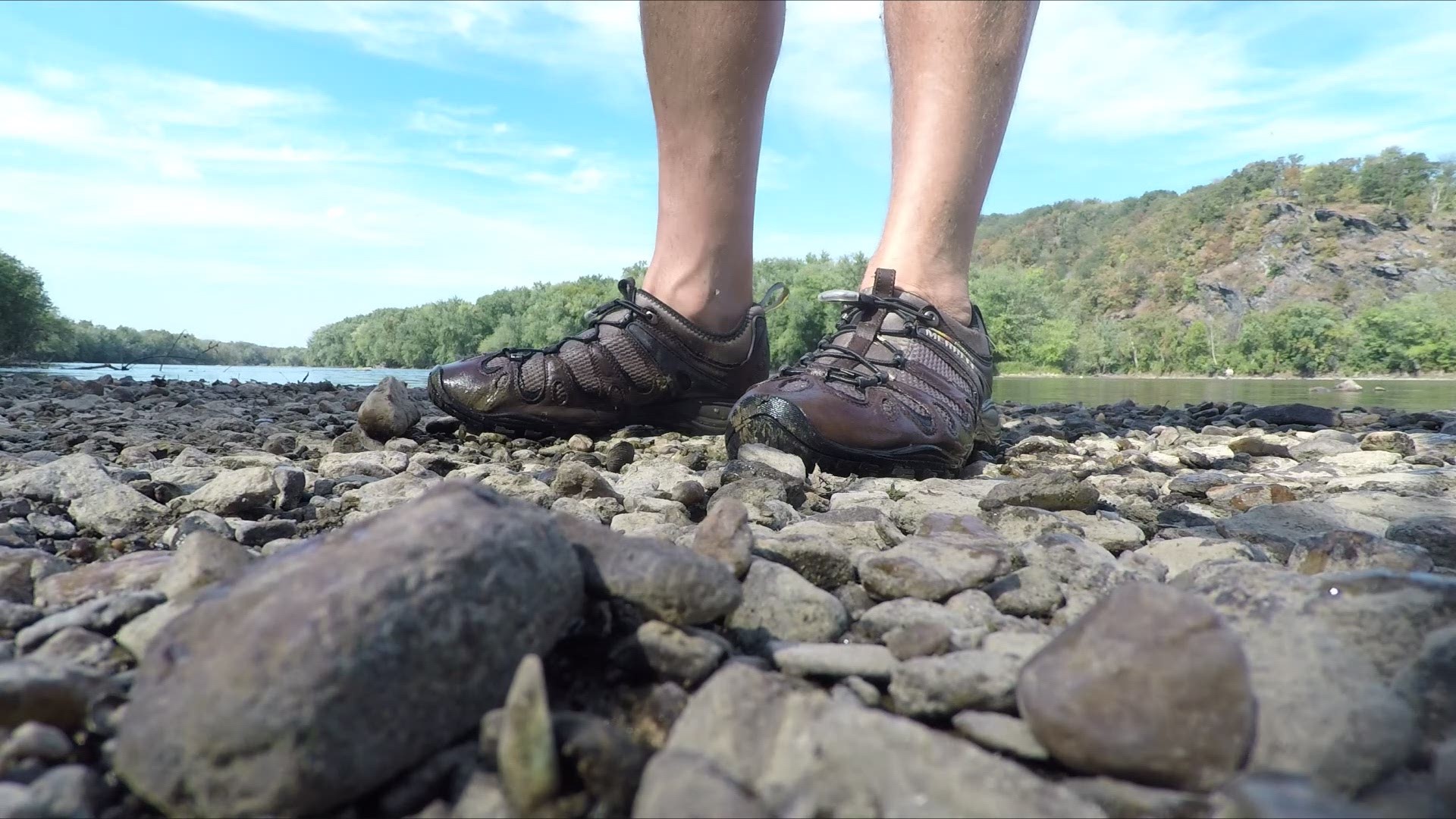 POINT OF ROCKS, Md. — The National Weather Service has declared a flash drought that is now impacting much of the D.C. region.

Without significant rainfall by the end of the month, Sept. 2019 may tie 2005 for the driest September on record, and is among the driest month the area has ever seen.

As a result, water levels in the Potomac River have dropped significantly.

At the Point of Rocks river gauge, the river is flowing at merely one foot high and still dropping, only eight inches higher than the all-time low set in 1966.

As a result, there are now sections of the river that are safely wade-able, shore to shore -- no bridge or boat needed to cross.

RELATED: We're on pace for one of DC's driest Septembers on record

Waders and swimmers are advised to always wear a personal flotation device while recreating on the river.  While the water isn't deep, falls on slippery rocks are common.

The WSSC and other water utilities report that the "flash drought" hasn't had an impact on the region's water supply because of the short duration of the dry period.

Even with the lack of rain, reservoirs have ample supplies for many months to come, according to WSSC spokesman Chuck Brown.

RELATED: What’s killing all the rockfish?